Two of the Evoque factory guys who drank all that coffee and ate all those eggs.

With over half a million units sold globally in more than 180 countries, from Madrid to Manila, since 2011, the Range Rover Evoque is Land Rover’s greatest sales success story.

The Evoque has become a non-stop British success with 24-hour production at the Halewood plant. Since the first example rolled off the production line on 4 July 2011, sales have increased five-fold from just over 22,000 in 2011 to more than 108,000 in 2015. Currently, a new Evoque rolls off the production line every 170 seconds. At the same time, the workforce has also trebled to more than 4000, with 1500 recruited specifically to support the launch of this record-breaking vehicle in 2011.

Over the past five years, employees have clocked up more than three million night-shift hours. They have also consumed 668,000 cups of coffee, half a million eggs and 125,000 slices of toast to keep energy levels up during their eight-hour shifts.

A total of 1.7 billion Evoque parts have been fitted in the Trim and Final assembly area, travelling over four million kilometres of conveyor system.

Earlier this year, Halewood began building the new soft-top member of the Evoque family, the Range Rover Evoque Convertible, which is the world’s first luxury SUV convertible and another first for Land Rover. The Evoque is also the fastest-selling Land Rover of all time, accounting for one in four Land Rovers sold around the world in 2015. 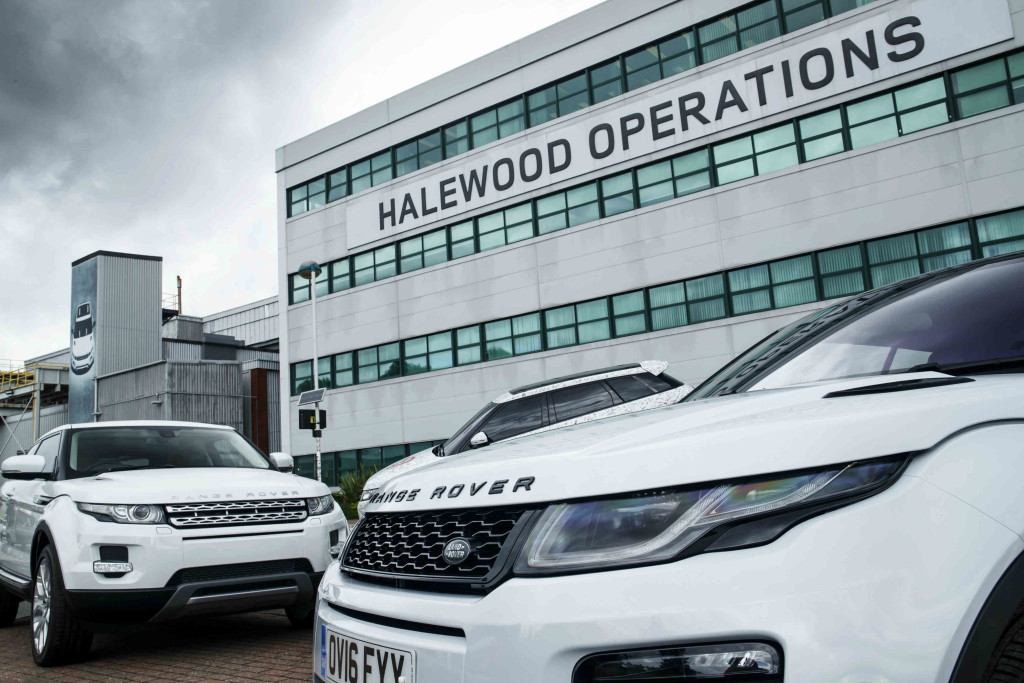 Read our comparison of Evoque, Porsche Macan and Audi Q5.