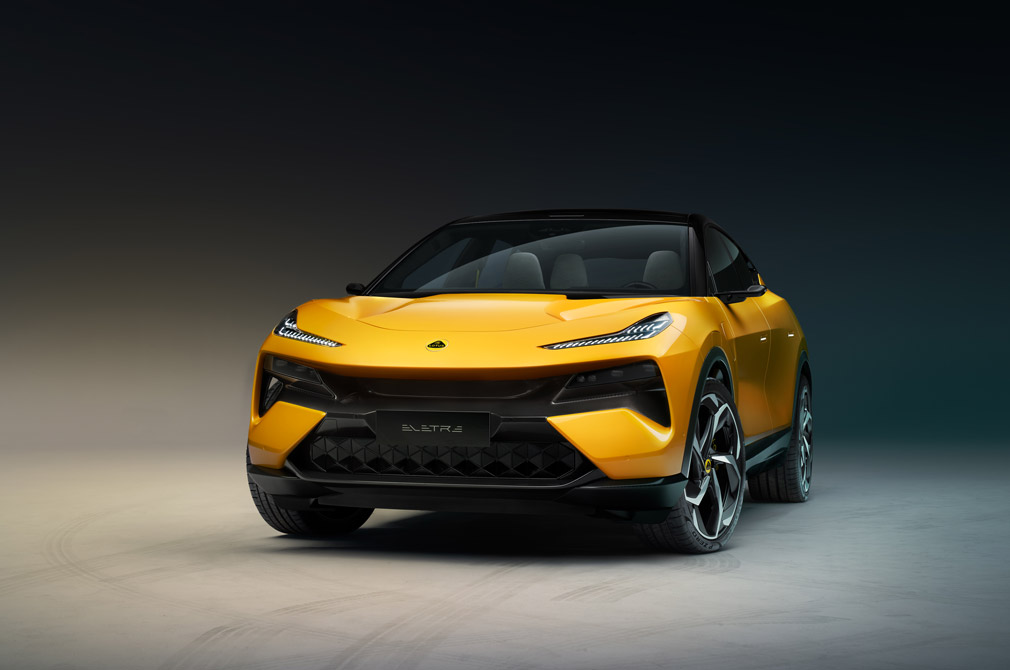 Until its launch, the Eletre was known as its internal codename, Type 132.

The Eletre also represents several other firsts for Lotus. It is the first five-door production car, the first model that is not a sports car, the first lifestyle EV and the brand’s most “connected” model to date.

Beneath the Eletre is Lotus’ all-new Electric Premium Architecture (EPA). It is hoped that this platform, which will underpin a new range of lifestyle performance electric vehicles, will eventually result in higher retail volumes and revenues.

The name Eletre supposedly means “coming to life” in some eastern European languages. Lotus chose the name to reflect how the model is bringing several firsts to the brand.
Style-wise, Lotus says the Eletre has a “visual lightness” and gives the impression that it is a high-riding sports-car instead of an SUV. Like the Evija and Emira models, the bodywork is shaped by aerodynamics, or “carved by air”. 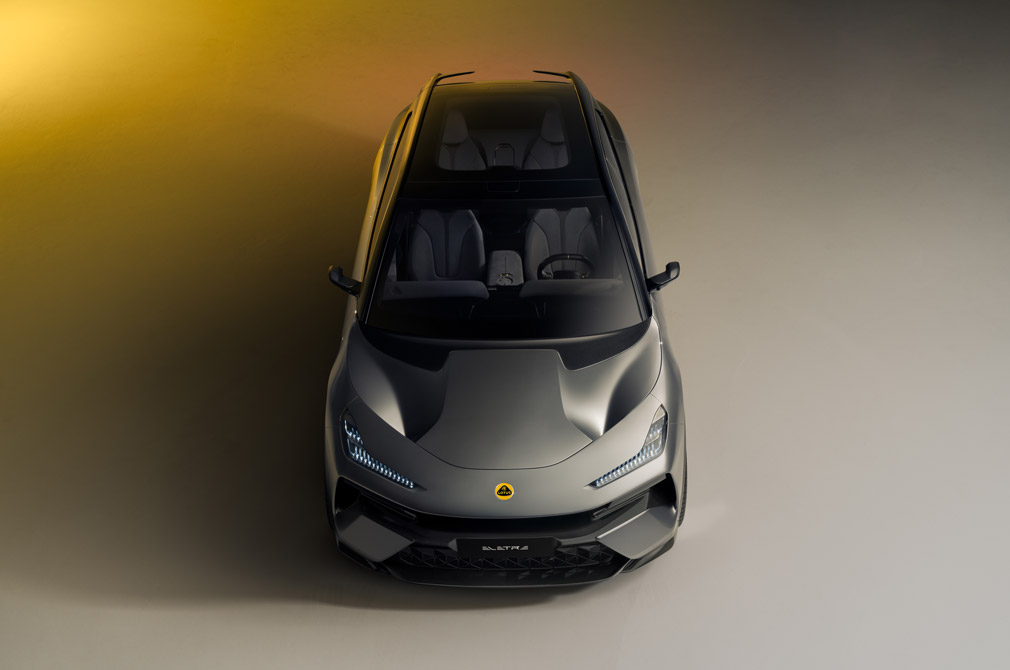 The headlights, which can be specified with matrix technology, are recessed and partially hidden. Below them is an active front grille consisting of interconnecting triangular petals. When needed, they open in a distinctive pattern to feed cool air into the radiator.

The electrically opening cover for the charging port is fitted in the front wing, as are the deployable LIDAR sensors, one on each side and a world-first technology for the Eletre.

Each wing mirror is a digital one called Electric Reverse Mirror Display ERMD). Every unit houses three different cameras – one for the rear-view mirror, a second to help create a 360-degree view of the car from above, and a third for the intelligent driving technologies. 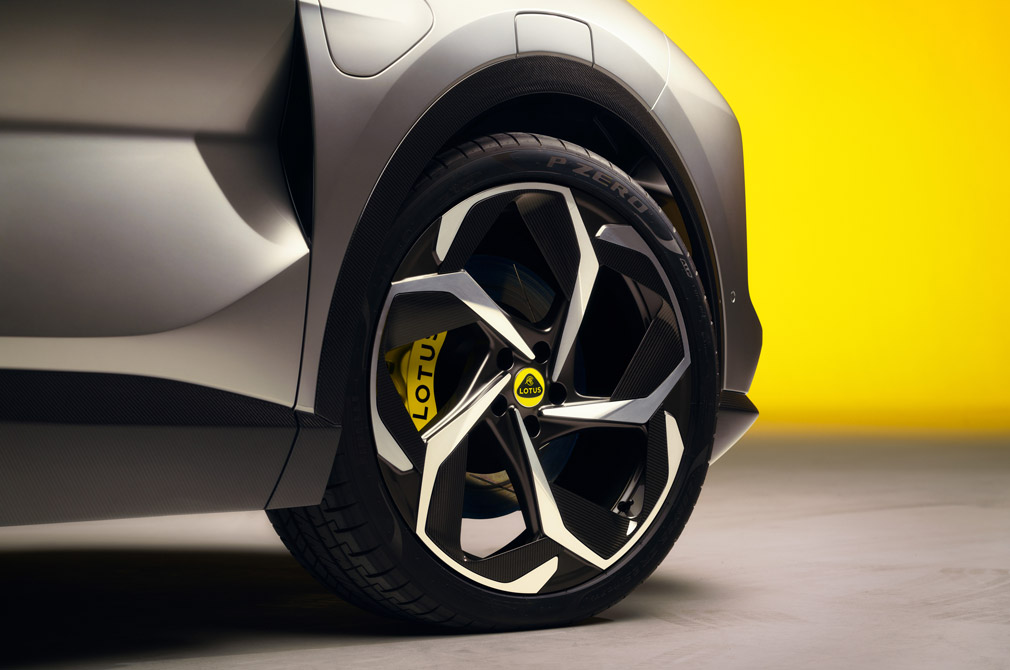 The roof spoiler channels airflow down the glass and into the active tailgate spoiler which is deployed automatically at speed. It has three deployment angles, depending on the drive mode selected.

Lotus is aiming for sustainability while still giving the interior a premium feel. Man-made microfibres are used for the primary touch points, while a wool-blend fabric is utilised for the seats.

Said fabric is 50 percent lighter than leather. The harder materials used in the cabin are carbon fibre, though instead of using the typical weave, Lotus recycled the fibres trimmed from the edge of the weave.

There are reconstructed into a new matting before being compressed in a resin to create the marble-like finish. 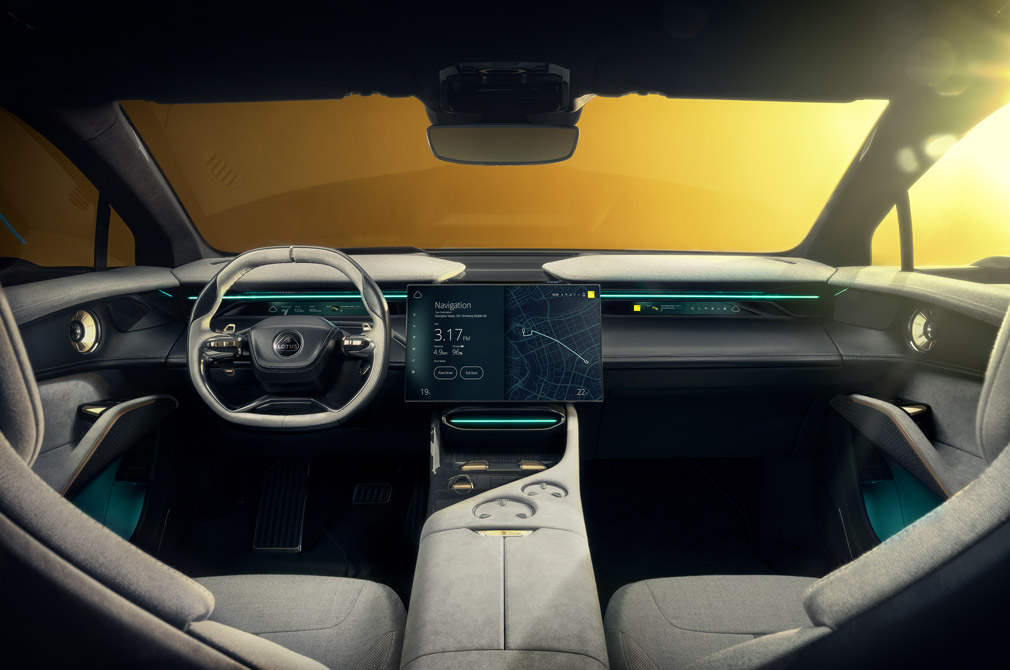 The driver-focused cockpit and high centre console are inspired by the Lotus Emira and Evija, creating a cossetted feeling.

The smart design is continued in the rear of the car, with space in the doors and between the two chairs. It ends in an angled nine-inch touch-screen for infotainment, with a wireless charging tray beneath.

Though the Eletre here is shown with four individual seats, customers can opt for a five-seat layout.

Below the instrument panel is a blade of light running across the cabin. Although it appears decorative, it is actually also part of the human machine interface (HMI) and changes colour to communicate with occupants.

Below the light is a “ribbon of technology” which provides the front seat occupants with information. For the driver, the instrument cluster is reduced to a slim strip less than 30mm tall.

This is repeated on the passenger side, where information such as music selection or nearby points of interest are displayed. 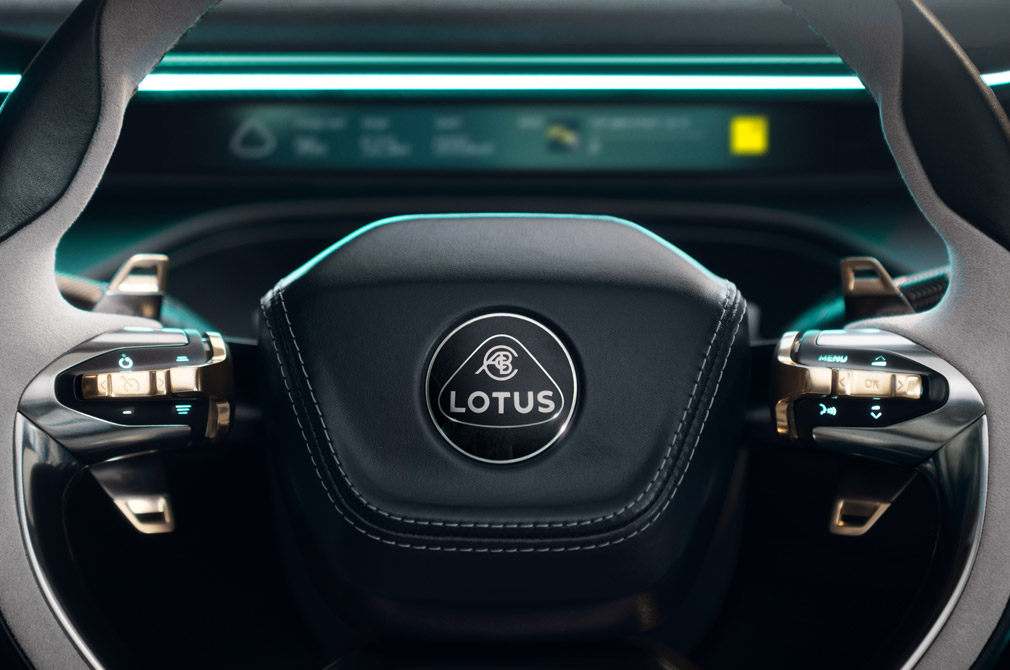 The Eletre’s infotainment system is accessed via a 15.1-inch OLED touchscreen. It can be folded flat when not required. Information can also be relayed to the driver via the heads-up display that features augmented reality as standard.

The standard audio is a KEF Premium system with 15 speakers and 1380 watts of output. Customers can specify the optional 2160-watt KEF Reference system, which is equipped with 23 speakers. Both KEF Premium and KEF Reference feature partially exposed speakers in the doors.

The Eletre is equipped with a suite of Advanced Driver Assistance Systems (ADAS), many of which can be upgraded over time using Over the Air (OTA) updates.

Several of these utilise LIDAR (light detection and ranging), which enables the Eletre to support end-to-end autonomous driving technology.

A smartphone app for Eletre owners will include access to driving logs, vehicle and charge status, remote features, location services and a host of other functions. 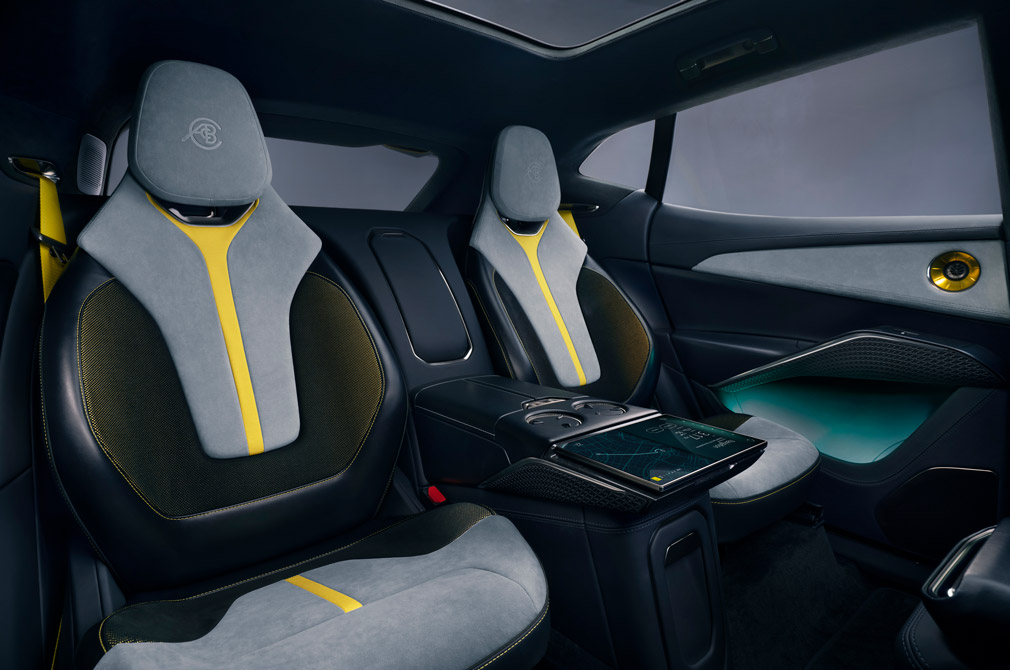 The Eletre will sport two electric motors – one on each axle. Each motor comes with a three-in-one drive system, integrating it with a controller and reducer, thereby making each unit smaller and lighter.

The Eletre has a battery capacity of over 100kWh, and with an 800V system, can gain 400km of range in 20 minutes when plugged into a 350kW charger. As standard, the Eletre accepts 22kW AC charging. Lotus is targeting a WLTP range of 600km.

Peformance wise, Lotus says the Eletre models will start “from 600hp” and have a 0-100km/h time of less than three seconds. Top speed is rated at 260km/h. 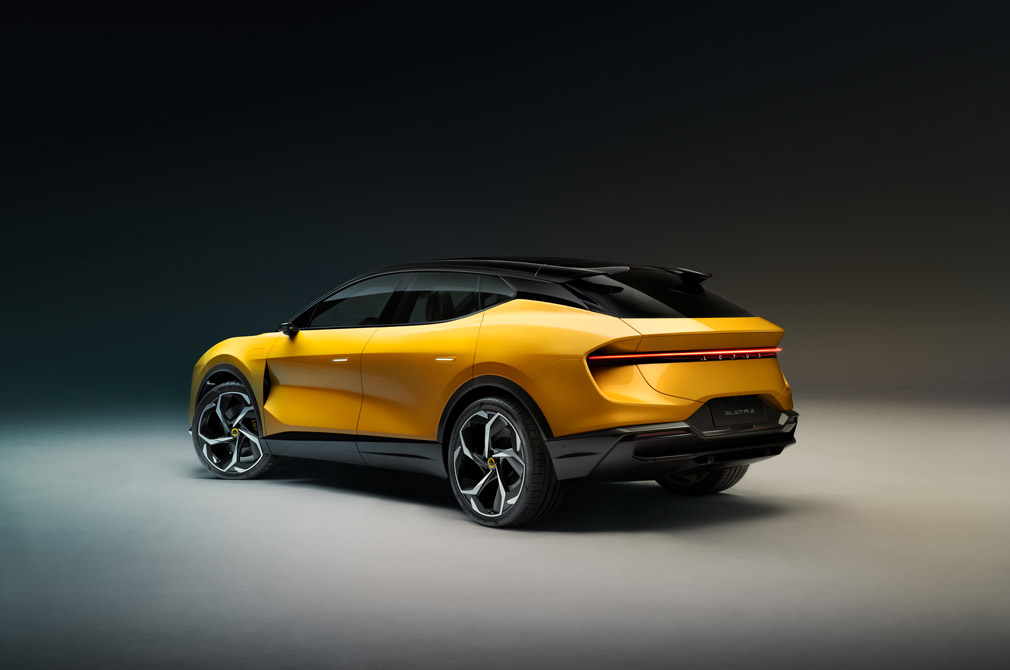