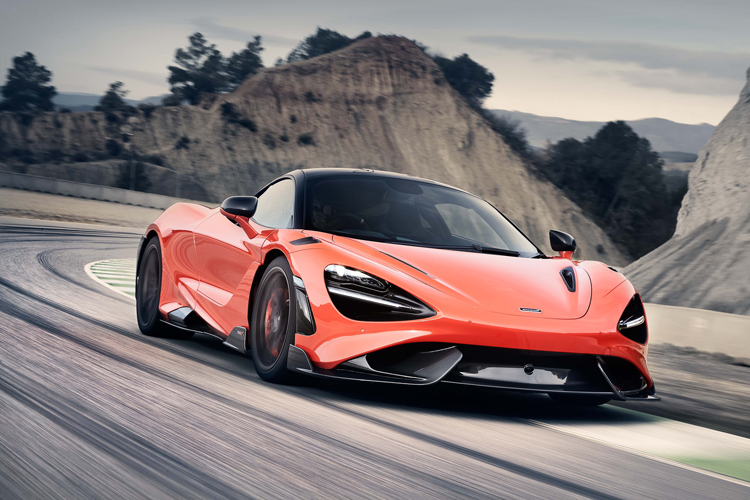 McLaren has unveiled the 765LT, its latest Longtail model.

The McLaren 765LT is based on the 720S. However, it has been given major upgrades to turn it into an even more track-focussed model.

Compared to the 720S, the McLaren 765LT’s front end is 5mm lower. The track has been slightly widened by 6mm.

This “two-spring” solution is lighter than using a single dual-rate spring.

McLaren engineers also tweaked the Proactive Chassis Control II suspension control system. Given all the hardware upgrades, the software had to be improved as well. 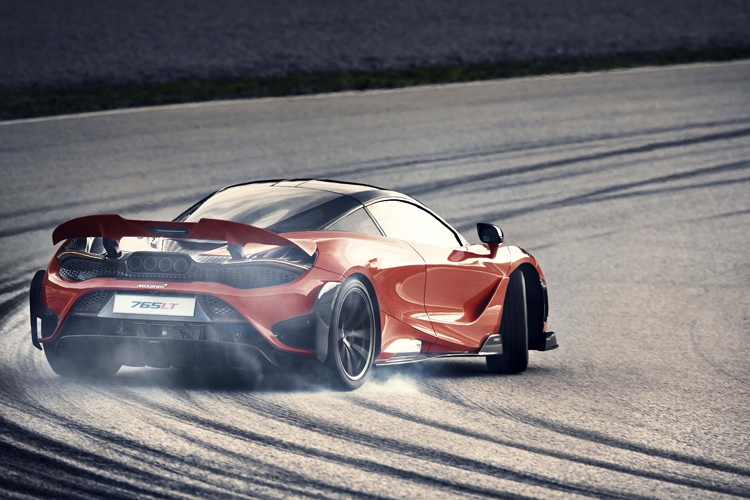 The McLaren 765LT also boasts 25% more downforce than the 720S. To accomplish this, the 765LT has components that include an extended front splitter and rear diffuser.

The rear wing also has a 60mm higher default or static position compared to the 720S’. It’s also designed to help cool the engine by drawing hot air out of the engine bay.

To cope with the increased performance over the 720S, the McLaren 765LT’s steering has a quicker ratio and a stiffer torsion bar.

Hauling the 765LT down from speed are new carbon-ceramic brake discs. The callipers are the same ones from the McLaren Senna, the manufacturer’s most extreme model to date. 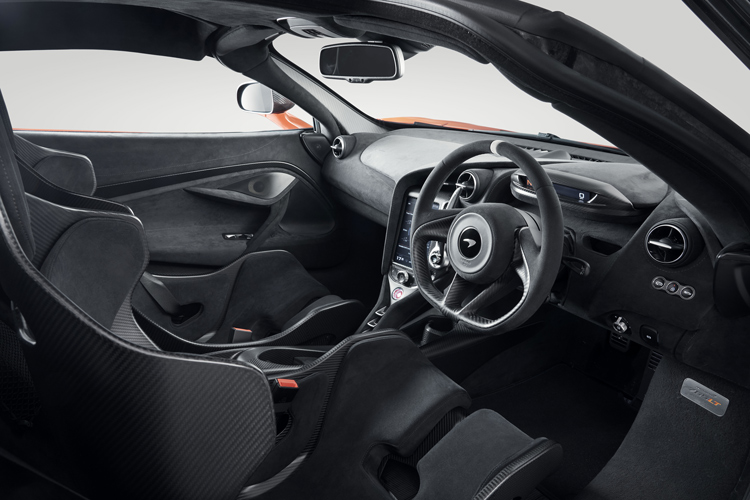 A “track brake” upgrade option is available. When specified, the McLaren 765LT will be fitted with the same carbon-ceramic discs used by the Senna. It will also be equipped with LT-specific brake pads.

These discs are 60% stronger than standard and have four times the thermal conductivity, too.

Oh, and the 765LT also has unique 10-spoke ultra-light wheels, which are 22kg lighter than the wheels on a 720S. The Pirelli P Zero Trofeo R tyres are tailor-made to the 765LT as well.

The McLaren 765LT is equipped with the M840T engine that also powers the 720S.

To achieve this, the powerplant has new parts that include LT-specific forged aluminium pistons, a three-layer head gasket, additional fuel pump and revised oil pump.

Stiffer engine mounts have also been fitted to aid performance and transfer low-frequency sounds into the cabin. 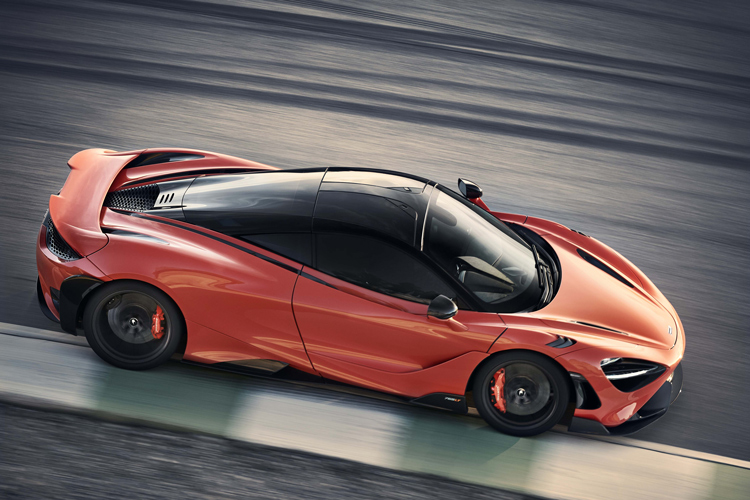 At this end of the performance spectrum, shaving o.1 of a second from the 0-100km/h time takes even more effort. The fact that the 765LT is 80kg lighter than the 720S helped achieve this.

However, McLaren Singapore has indicated that the number of allocated slots are still pending. Therefore, the expected local deliveries cannot be confirmed yet.

Prices will be announced soon. Watch this space. 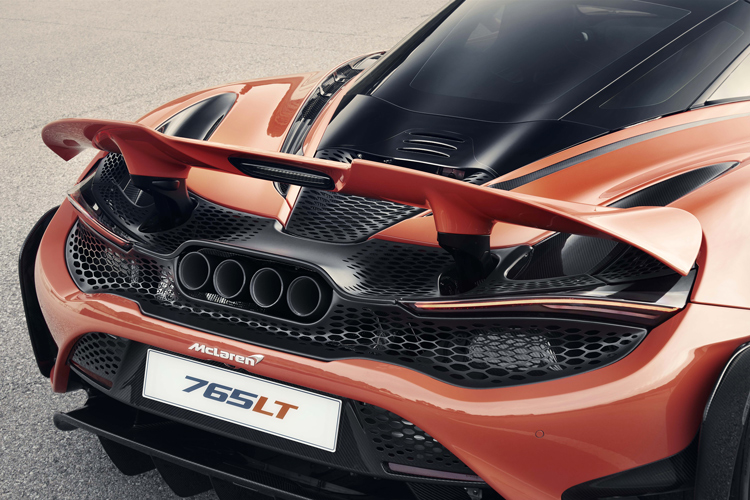 The McLaren 765LT is recognisable by its quad-exhausts.