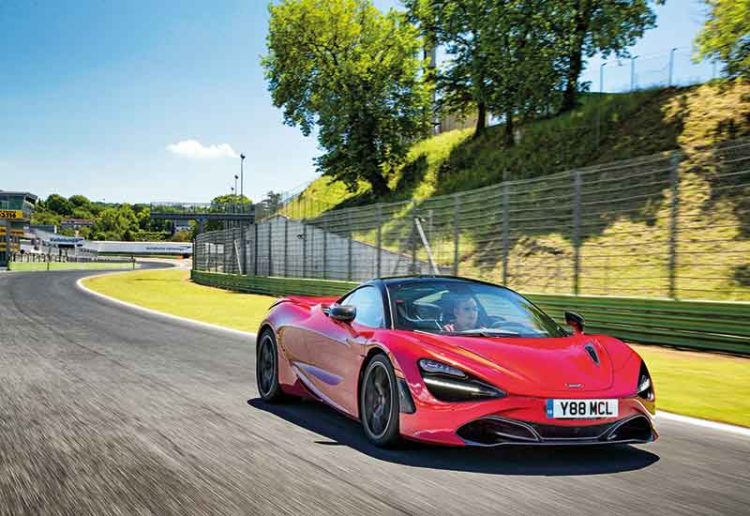 Growing up, my idea of a supercar was a V12-powered Italian machine with curves to die for. It should also be wide and low-slung, and have very small windows.

Naturally, it would also be incredibly difficult to drive, with an impossibly heavy clutch and steering. Even the gearshift lever would require tremendous strength to operate.

For apart from their hairy handling, the supercars of old were also notoriously unreliable. I imagined doors becoming stuck just as the engine caught fire, thereby condemning the car’s occupants to a fiery end.

With those pre-conceived notions in mind, I was sceptical about whether McLaren’s 720S could be defined as a supercar. 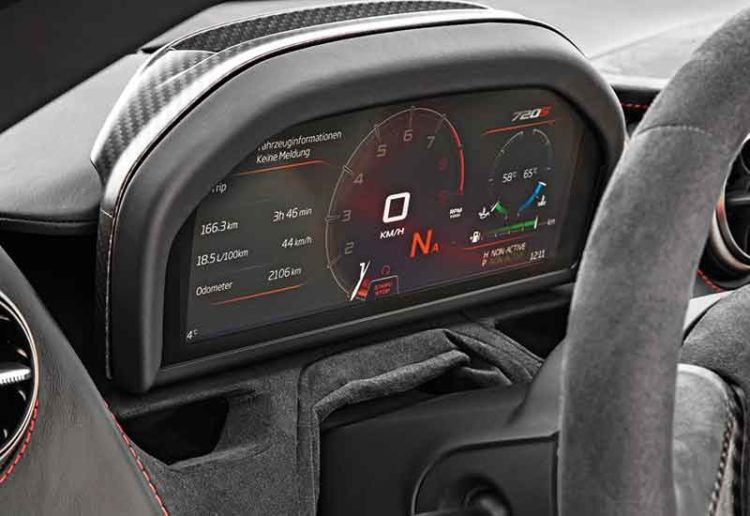 Fighter jet-like cockpit features an instrument panel that folds away when the “pilot” selects Track mode.

After all, within the McLaren lineup, which consists of the Sports Series, Super Series and Ultimate Series, the 720S belongs in the middle category. It is the second most powerful model in the range behind the limited-edition P1.

However, instead of a V12, the 720S “only” has a turbocharged 4-litre V8. And because it is British, I had doubts about its emotionality. Brits are known for having a stiff upper lip and suppressing their emotions, whereas Italians love to talk and gesticulate.

The emotional aspect of a supercar is just as important as its performance, because buying one is a decision that comes from the heart, not the head.

A supercar is an expression of desire, sensuality and speed. It should titillate the senses without holding back. If you don’t want it the moment you lay eyes on it, it’s not the one for you.

My biases, however, evaporated the moment I stood beside a 720S with Memphis Red paintwork. As my eyes traced its lines from head to tail, it became obvious that pictures did not do this car justice. Even describing it as sleek would be an understatement. 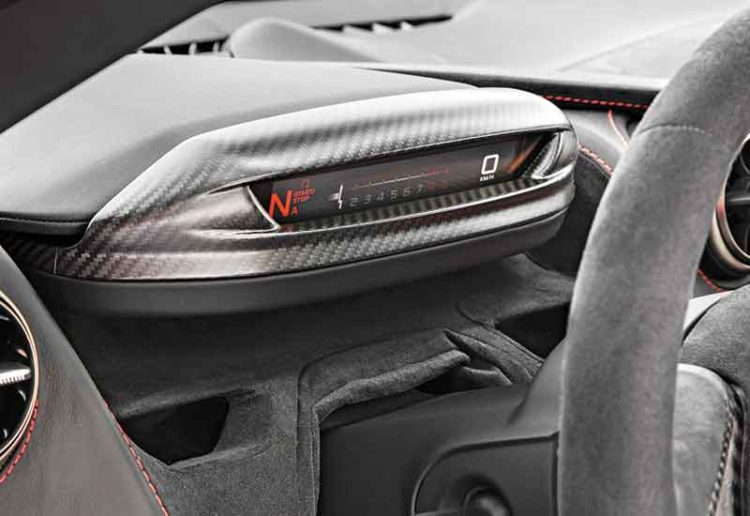 McLaren wasn’t kidding when they said that the car’s design was inspired by the great white shark. Stare at its front end and you might be half mesmerised, half intimidated.

Like said predator, there’s nothing superfluous about the aluminium exterior of the 720S. There is no “bling bling” to speak of. Every finely honed curve or component is there to increase downforce and/or help the car slice through the air.

Only when I slowly walked around the car did I notice the neatly integrated aerodynamic elements. The dihedral doors, for instance, are actually made up of two panels that are separated by a duct that channels air into the engine.

Supercars are typically tricky, if not difficult, to get in and out of, so it was surprising to discover that the sills are narrower than expected, while the wide apertures, which extend to the roof, mean you never have to worry about bumping your head.

There’s nothing superfluous about the 720S cockpit either. It’s put together nicely, the driving position is spot on and the materials certainly feel expensive. But it’s still not perfect. 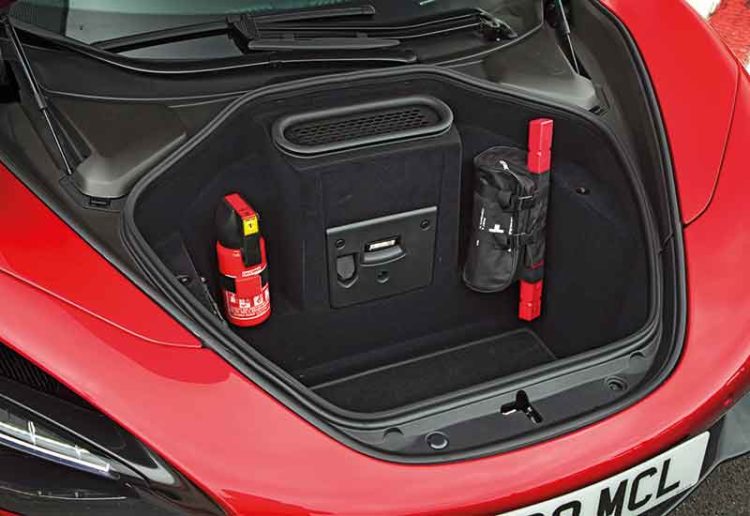 Useful 150-litre boot lets owners pick up a few groceries without having to swop cars.

For instance, adjusting the electric seats requires one to grope beneath them to feel the controls, which themselves aren’t intuitive. From the outside, it might seem like the occupants are grimacing as they scratch their nether regions.

I also took issue with the sat-nav’s plain-Jane graphics. Considering that the instrument panel and infotainment displays are sharp and attractive, anything that looks sub-par sticks out like a sore thumb.

What’s really impressive about the interior is how much all-round visibility it gives the driver. Thanks to the generous glass panels and slim pillars, sitting in the 720S really does make you feel like you’re sitting in a fighter jet.

In fact, the overall visibility is even better than in a grand tourer such as the Aston Martin DB11, whose slim windows require its driver to utter a prayer prior to executing a three-point turn. I had no such issue in the 720S when I performed the manoeuvre several times on public roads.

In fact, knowing that I commanded 720 horses with my right foot, I was more worried about the car’s performance than anything else. I reminded myself that if I wasn’t careful, this mean machine might chew me up and spit me out into the Italian scenery – sideways. 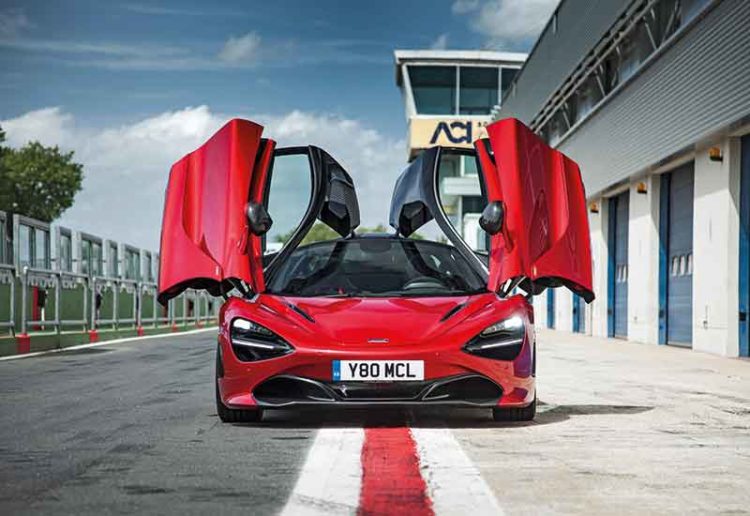