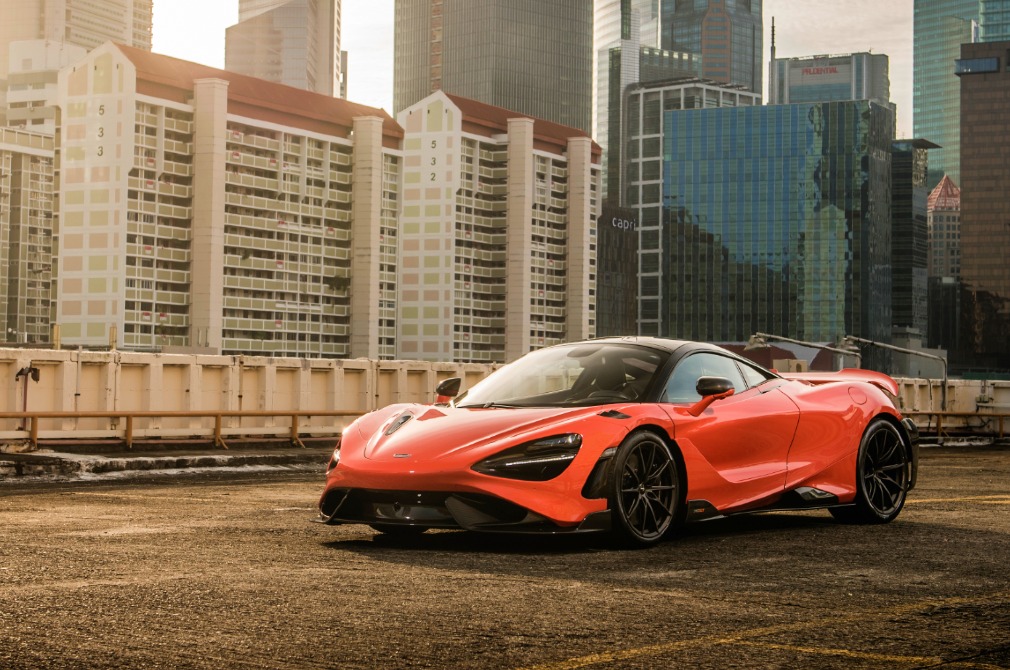 McLaren Singapore has unveiled the new 765LT, its most extreme Longtail model to date.

Based on the 720S, the 765LT is a track-focussed model offering even greater performance with its lighter weight and even more powerful drivetrain.

The McLaren 765LT is designed to fulfil its primary purpose as a track machine. Unique features include a new front bumper, front splitter, front floor, side skirts, rear bumper and rear diffuser.

The upturned aero blades, located between the inner surface of the vertical blades and the front bumper, act as dive planes. They are purposefully styled to resemble the McLaren logo, which is a nice touch.

At the rear, the wing’s area has been increased by 20 percent to provide even more downforce. The middle part is “cut” not just for aesthetics, but to prevent heat/flame damage from the quad exhaust pipes. 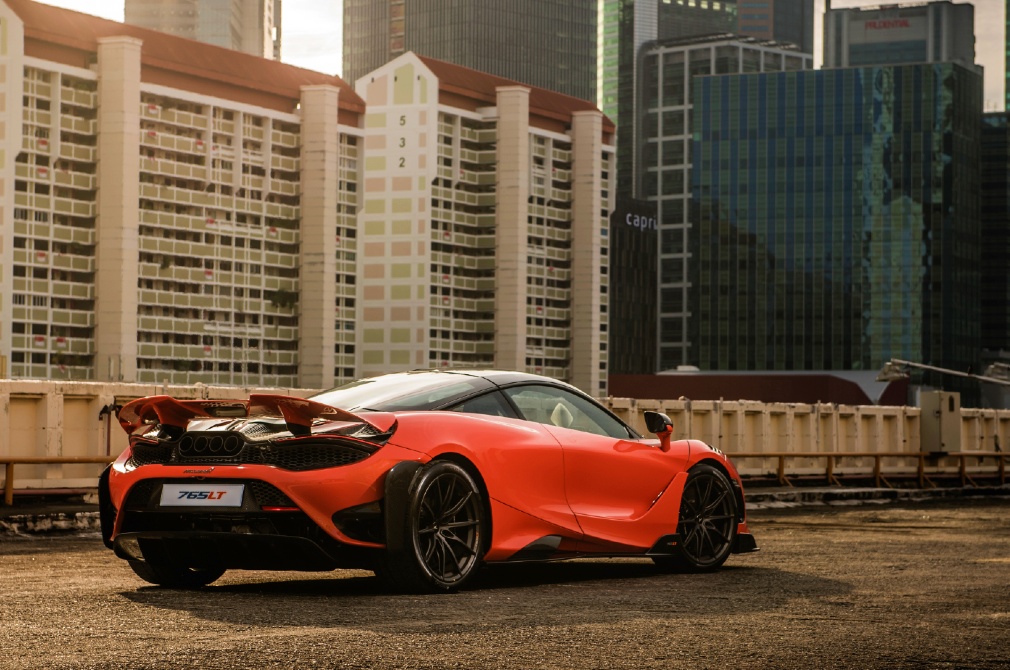 New 10-spoke forged alloy wheels were also created for the McLaren 765LT. Air-conditioning and audio systems are not standard, though they can be specified at no additional cost.

Even the C-pillars and windscreen are made from polycarbonate instead of glass. As such, there is no demisting function for the latter. 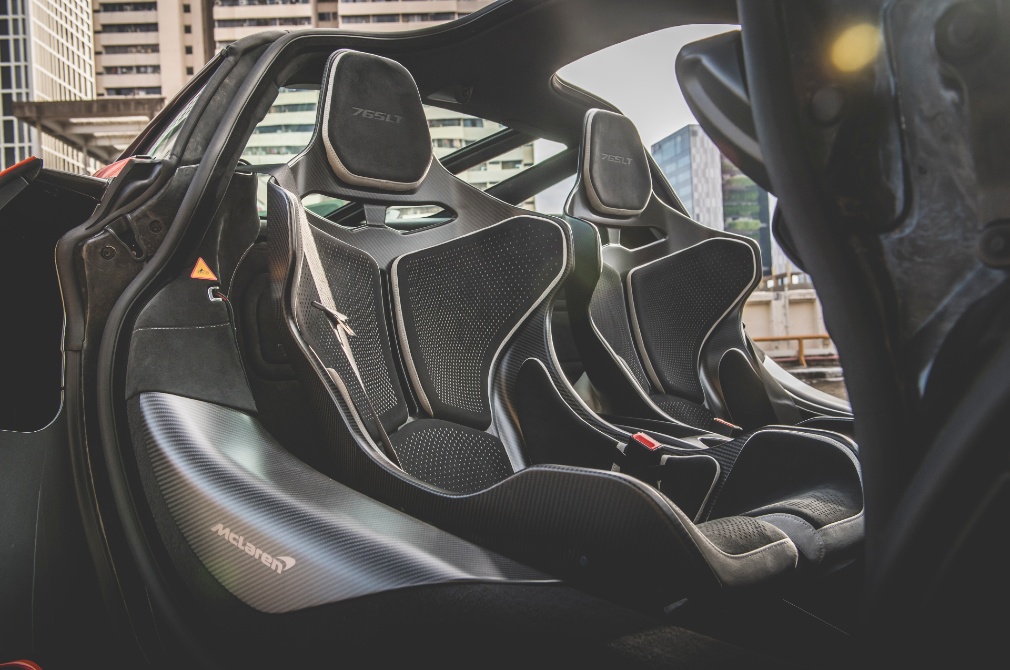 To enable the increased output, the 765LT’s engine received parts such as LT-specific forged aluminium pistons and carbon-coated followers in the valve train.

There’s an additional fuel pump and revised oil pump for optimised flows. A recalibrated engine management system controls the increased power and torque, which are “tuned for maximum driver engagement.” 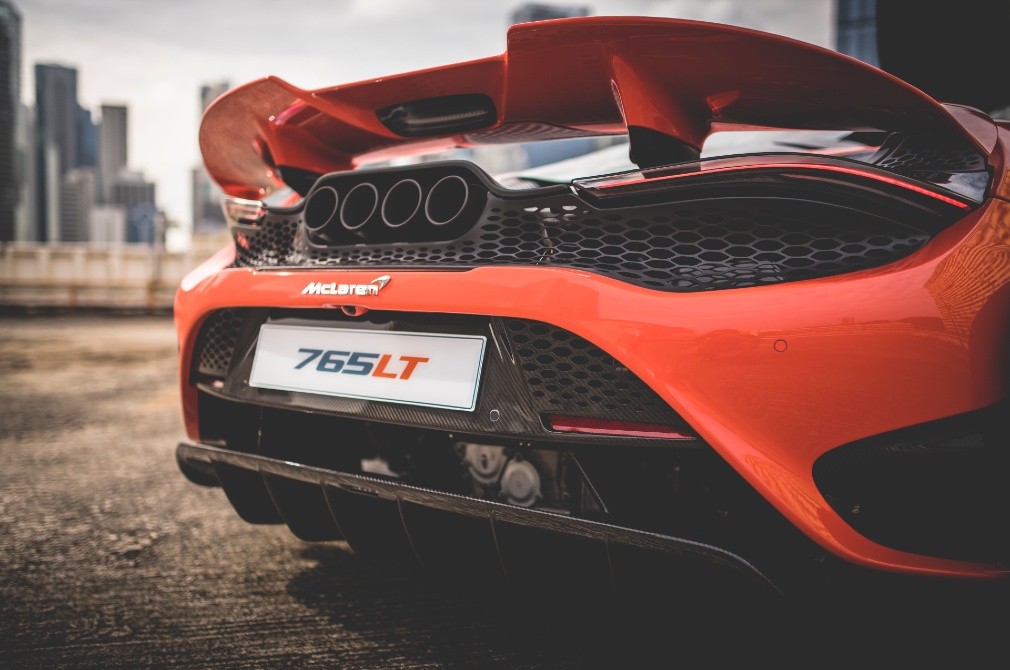 The McLaren 765LT is available at McLaren Singapore and prices start at $1.6 million excluding COE.

The left-hand-drive unit in these photos will remain in the showroom till the end of the week.