McLaren has just taken the covers off its hotly anticipated supercar, the Artura.

The exotic line-up includes the Senna, Speedtail, Mercedes-Benz SLR McLaren, Elva, and Sabre. The latter is extremely rare, with only 15 units ever produced.

The Artura is built on an all-new platform known as the McLaren Carbon Fibre Lightweight Architecture (MCLA). The car’s monocoque weighs just 82kg.

Propelling the high-performance hybrid is an all-new powertrain, too. The main power comes from the new M630 engine, a 120-degree V6 with a 3.0-litre displacement, whose twin turbochargers are placed within the ‘hot vee’.

The wide angle enabled engineers to place the engine lower, thereby improving the Artura’s centre of gravity. In addition, the new powerplant is not only more compact than McLaren’s twin-turbo 4.0-litre V8 engine, but at 160kg, also 50kg lighter. 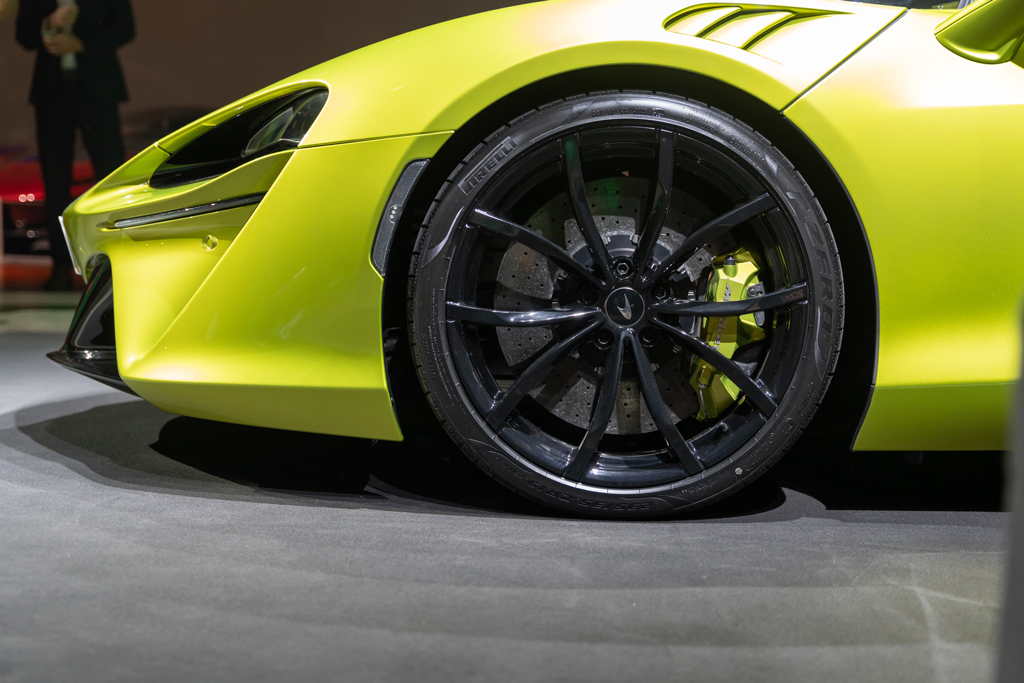 Supplementing the V6 is an E-motor with an Axial Flux design. Said motor, which is driven by a 7.4kWh lithium-ion battery pack, is capable of 94bhp and 225Nm.

The Artura is capable of zero tailpipe emissions performance, with McLaren claiming an electric-only range of up to 30km. The E-motor weighs just 15.4kg. Together with the battery pack, the hybrid system weighs a total of 130kg.

Total system output for the Artura is 671bhp and 720Nm, which is sent to the rear wheels via an all-new eight-speed dual-clutch transmission. The gearbox does away with the reverse gear – instead, the electric motor spins in the opposite direction when Reverse is selected.

At full tilt, the Artura finishes the century sprint in 3.0 seconds, and does zero to 200km/h in 8.3 seconds. Top speed is electronically limited to 330km/h. Like other McLaren models, the Artura’s form is defined by its function, featuring a low-nose, high-tail and cab-forward stance. The dihedral doors now open closer to the body and the wing mirrors are folded in more tightly.

To optimise performance and cooling, the Artura is shaped by aerodynamics.

The centre of the front splitter, for instance, houses the front radar that forms part of the optional Advanced Driver Assistance Systems. It also functions as the intake for the eHVAC (heating, ventilation, air-conditioning).

Inside, emphasis has been placed on the driver. The Digital Instrument Cluster, for instance, is on the steering column rather than the dashboard, so that it moves in conjunction with the steering wheel when it is adjusted. 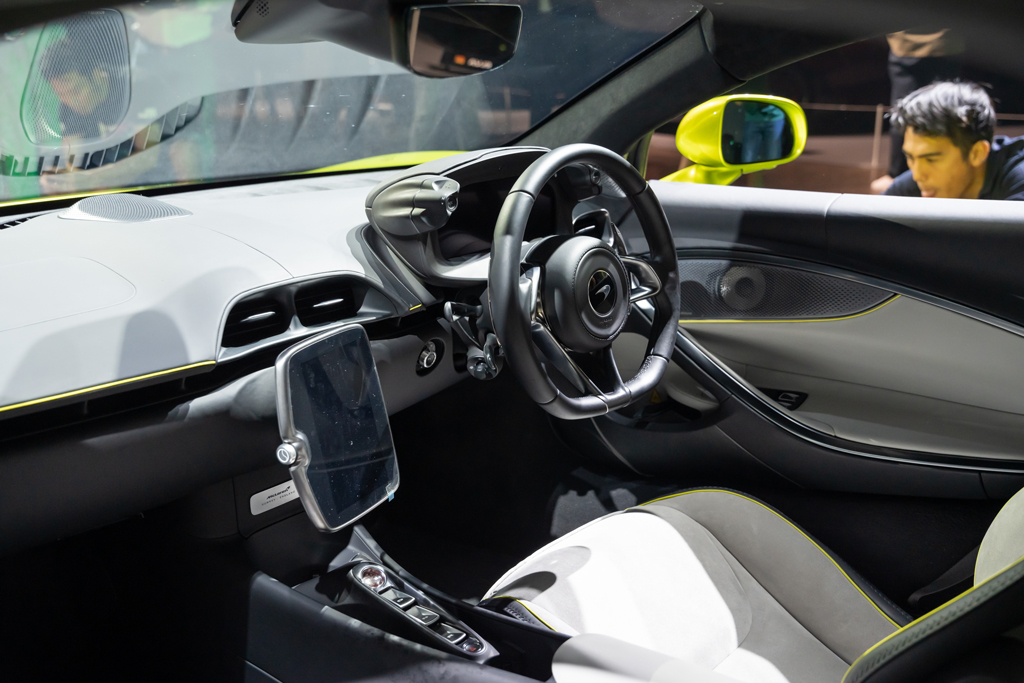 For convenience, the rocker switches for the Powertrain and Handling modes are also at the driver’s fingertips.

There’s a new eight-inch high-resolution display for the infotainment as well. The tablet-style orientation reduces the width of screen, enabling the occupants to sit closer to each other.

Another convenient feature is the Artura’s new Bluetooth-enabled key. It unlocks the car as the driver approaches it and begins booting the infotainment system. Conversely, it shuts the system down and locks the doors as the driver walks away from the vehicle.

The McLaren Artura starts from $1,198,888 with options but without COE. According to McLaren Singapore, the OMV for an ‘average specification car’ is estimated to be $195,000. 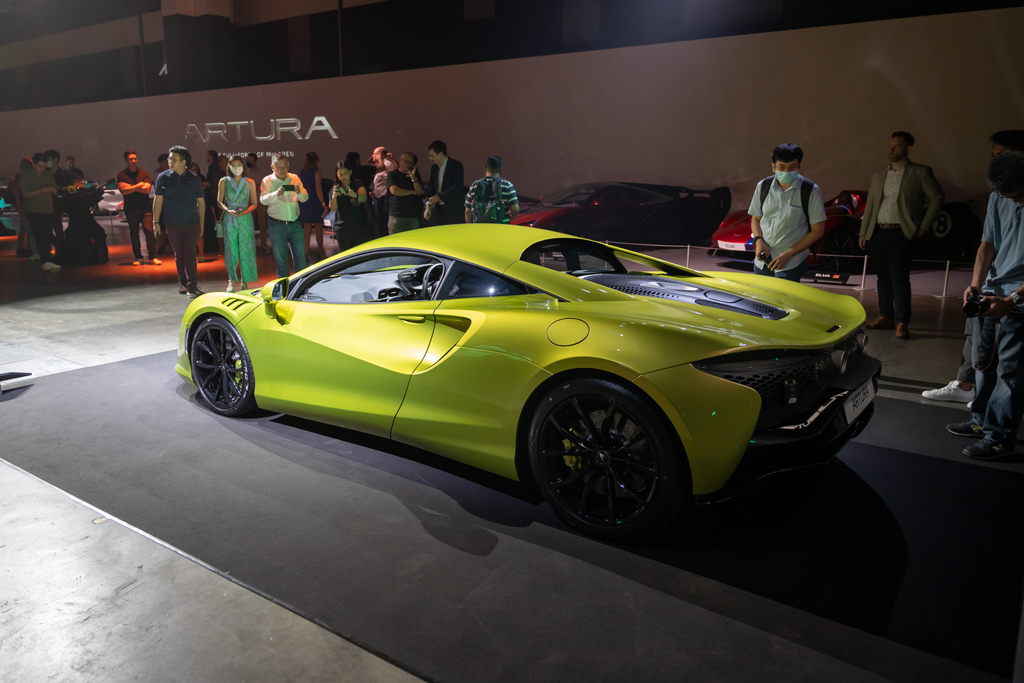