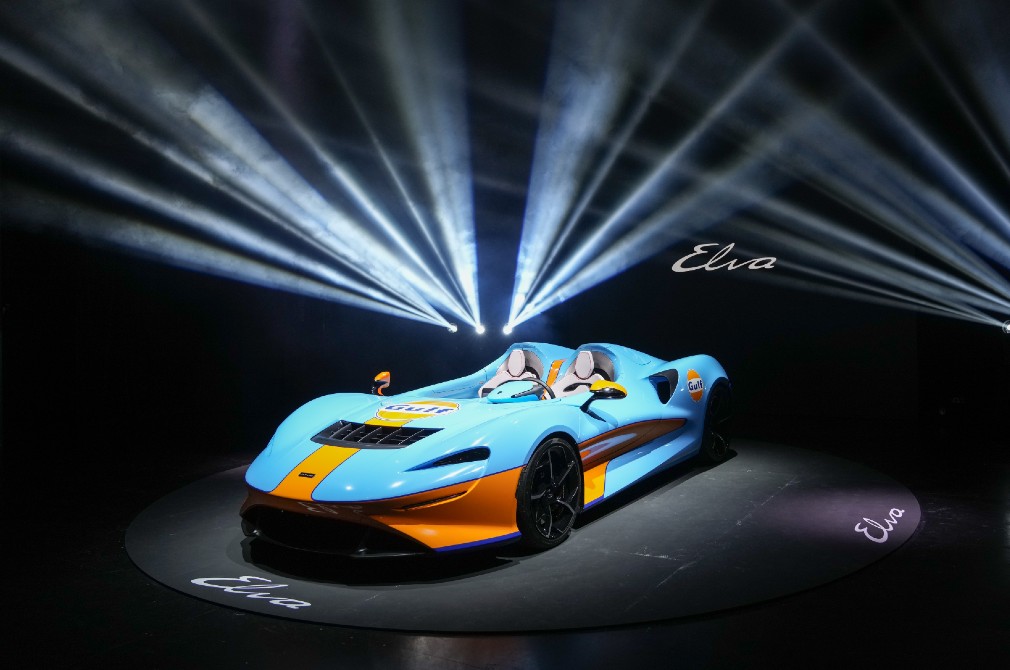 The limited-edition McLaren Elva Gulf Theme by MSO is now in Singapore for a special preview.

Just 149 examples will be built, making it the second rarest model ever produced by the British supercar manufacturer. The rarest model to emerge from the brand’s factory is the iconic F1 LM.

McLaren says that the Elva is its lightest production model to date. It is part of the carmaker’s Ultimate model series, which also includes the Senna and P1 models.

The McLaren Elva is powered by a twin-turbocharged 4-litre V8 that delivers 815PS (804hp) and 800Nm. It can demolish the century sprint in under three seconds. 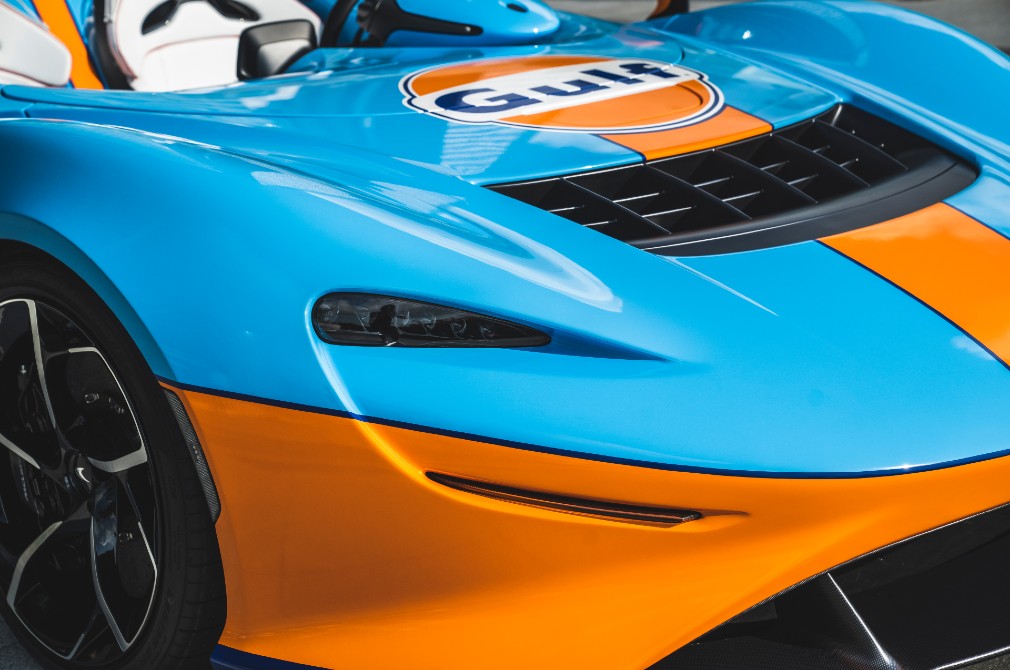 The McLaren Elva Gulf Theme symbolises the revival of the partnership between McLaren and Gulf Oil, a union that initially came about in the 1960s.

The Elva name is not new either. It links McLaren’s heritage to the present and future, for the moniker and style is reminiscent of the McLaren-Elva sports racers of the 1960s. 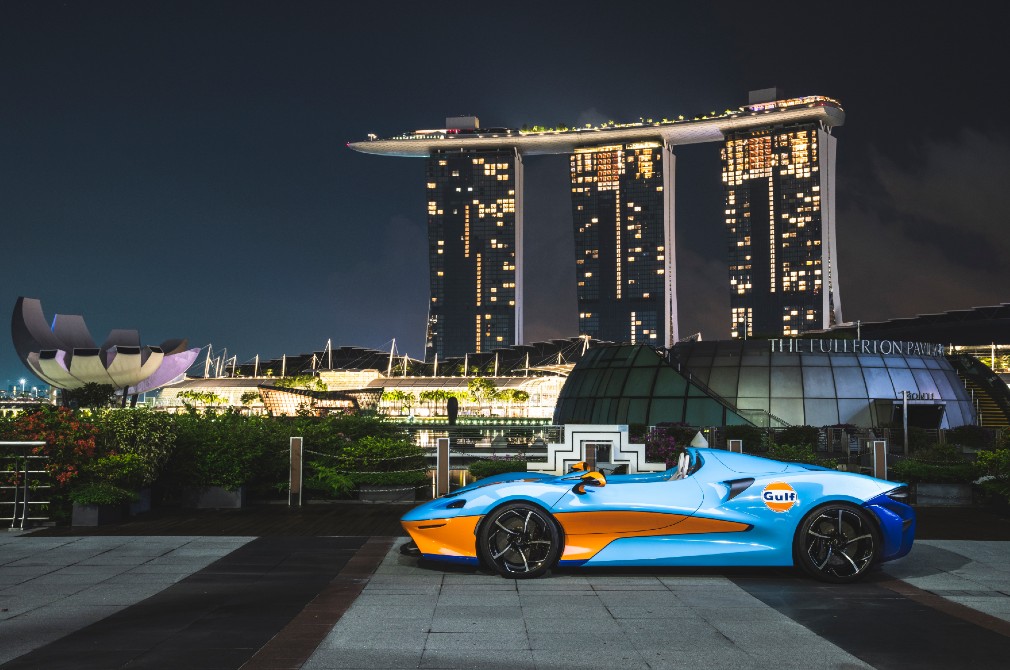 EACH ELVA AN MSO SPECIAL

Each of the 149 McLaren Elva roadsters will be hand-built by McLaren Special Operations (MSO), the manufacturer’s bespoke division. This will give owners a wide scope for customisation and personalisation.

An average of eight to ten weeks is required to produce a single unit. Depending on a customer’s specifications, it could take longer.

The screenless and roofless Elva is equipped with an Active Air Management System (AAMS), which creates a virtual canopy over the cockpit. 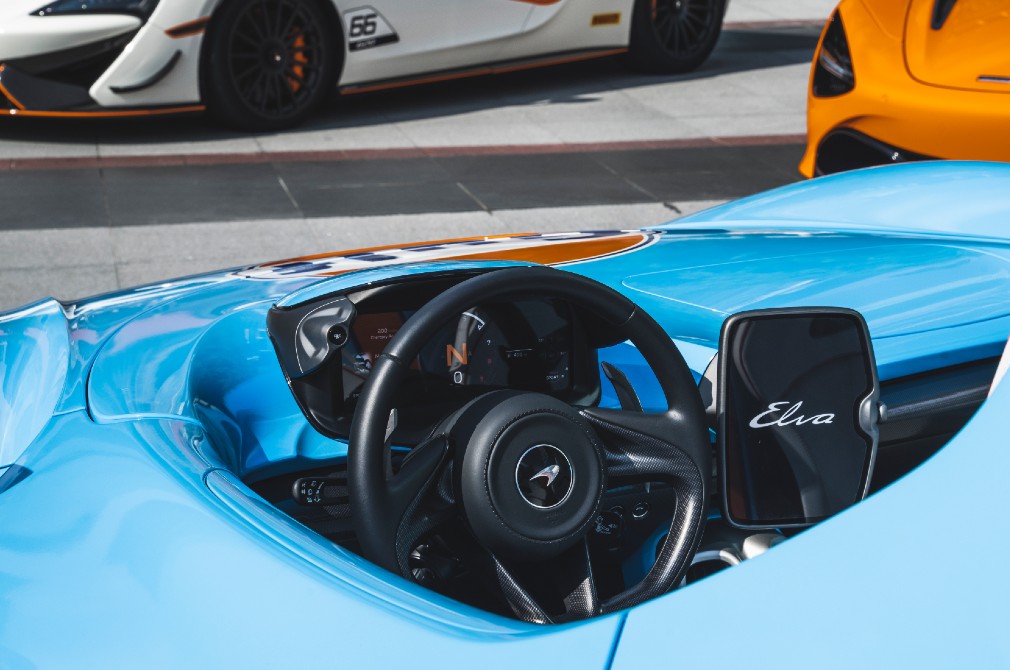 LTA regulations, however, do not allow windscreen-less road cars. To register an Elva, its owner must specify a non-detachable windscreen.

So, if you want your Elva the way McLaren designed it, you will have to be content with it being an art piece for your home.

Prices for the McLaren Elva start from around $5.4 million without COE.

Each of the 720S Le Mans will have a VIN number beginning with “298”, in recognition of the 298 laps completed by the racecar. Only 50 of these special edition models will be produced, with only one available in Singapore.

The 620R, on the other hand, is the evolution of the competition-spec McLaren 570 GT4. McLaren says it “retains the DNA of a fully homologated track car yet is free from the restrictions that race regulations apply.” 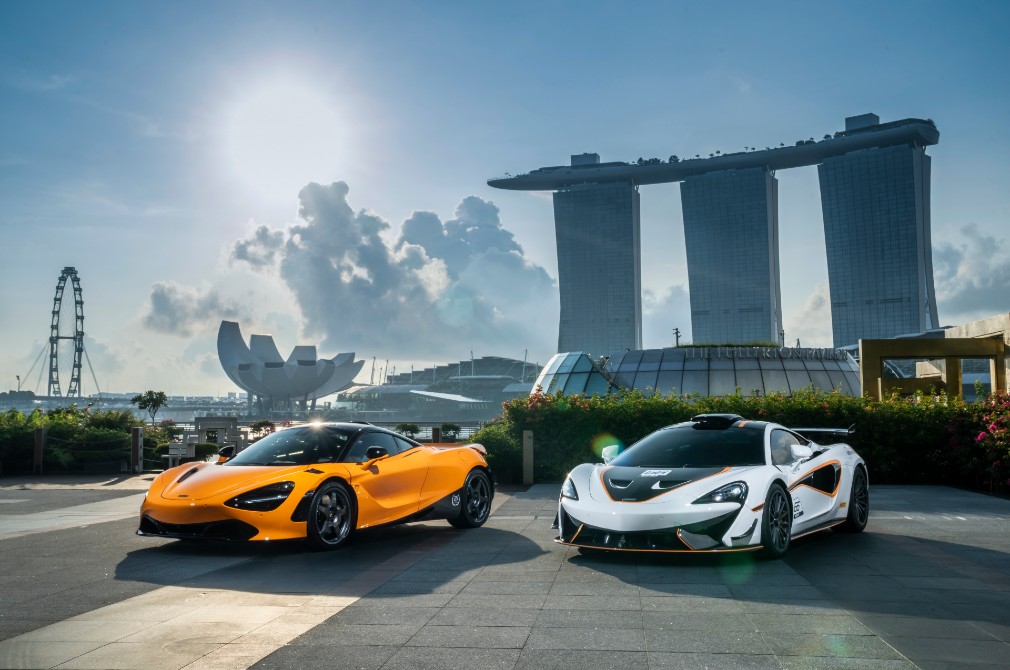