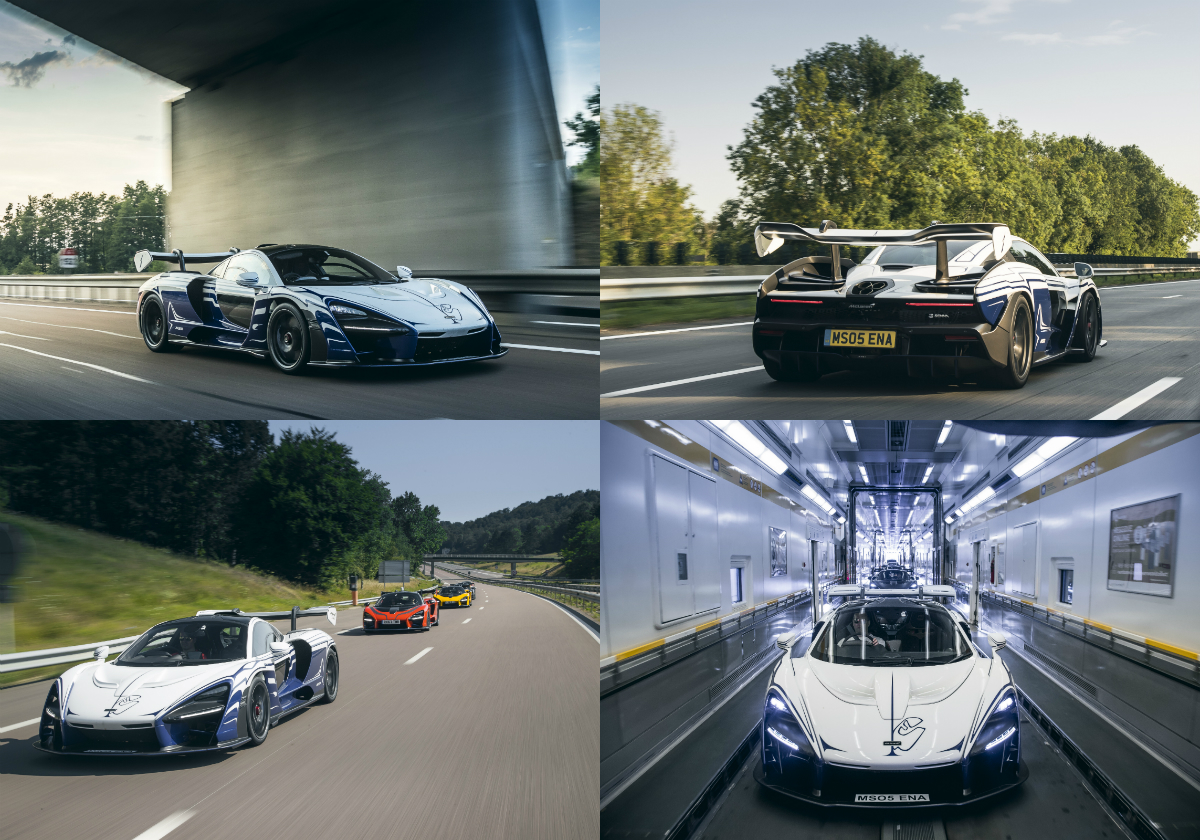 The first customer McLaren Senna buil was officially presented to its owner, David Kyte, who immediately set out to enjoy his new purchase on a 1400km road trip, accompanied by five other McLaren supercars.

The first customer McLaren Senna built, which carries chassis number 001, was officially presented to its owner, London-based businessman, David Kyte – who immediately set out to enjoy his new purchase on a 1400km road trip, accompanied by five other McLaren cars.

Following the presentation by McLaren CEO Mike Flewitt and other McLaren Automotive and McLaren Special Operations senior executives, which took place at the McLaren Technology Centre in Woking, UK, “Senna 001” departed for the south of France with three other McLaren Sennas, a McLaren 720S and a McLaren 600LT.

“Senna 001” is further personalised with individual references to the legendary Ayrton Senna – his signature is on the door shut, the years that he was Formula One World Champion are engraved on the throttle pedal, and the layout of the Interlagos circuit in Sao Paulo, Brazil – with the McLaren badge marking the start/finish line – is clearly visible on the front of the car. The interior has also been enhanced by McLaren Special Operations to Mr Kyte’s requirements, with MSO Bespoke interior trim in black Alcantara complemented by diamond-stitching on the seats and a Senna “S” logo embroidered on each headrest, all in Harissa Red. Black carpet with Harissa Red Alcantara piping and decorative stitch, Volcano Red door struts and red-tinted carbon fibre control surrounds complete the personalisation. The vehicle keys are also in red-tinted carbon.

“I committed to buying a McLaren Senna as soon as I became aware that McLaren was developing the car, long before the name was confirmed, but leaving the McLaren Technology Centre after the handover ceremony was the first time I have actually driven one,” explained Mr Kyte. “Now, with 1400km covered, I’m delighted to report that as someone who rates driver engagement as crucial to driver enjoyment, the Senna has more than exceeded my expectations.”