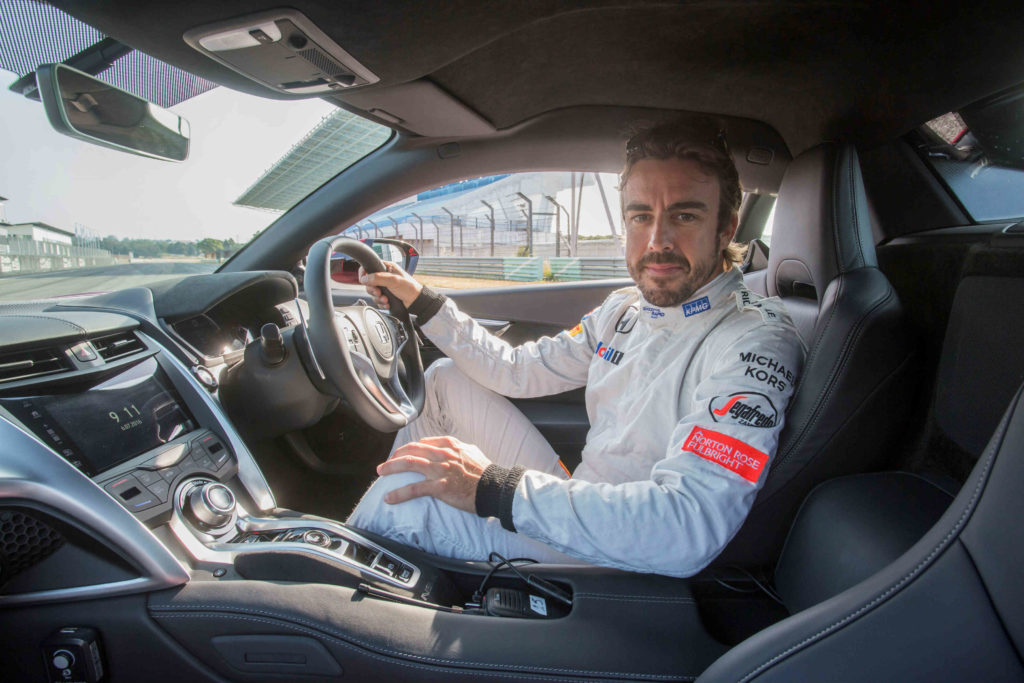 Fernando Alonso, the Spanish star of the McLaren Honda F1 team, took a break from the pinnacle of motor racing to take the wheel of Honda’s hot new NSX hybrid sports car.

He drove the newcomer on the historic Estoril Circuit in Lisbon, Portugal, and journos from his home country were given the chance to ride along with the double world champion.

During the post-drive press conference, Fernando commented, “In terms of driving, what really has surprised me are the brakes, the feelings are not so far from what we feel driving in F1.”

He added, “Driving the NSX is softer and sweeter than an F1 car because you are not searching for every little fraction of an inch, as you do in races. It is like the difference between artistic drawing and technical drawing”.

The venue of Estoril is a poignant one, due to its strong link with Formula 1 legend Ayrton Senna. Senna took his maiden grand prix victory at the track in 1985, and was strongly involved in the development and launch of Honda’s original NSX during the late 1980s. The track has been a happy hunting ground for other Honda-powered racers, both on four wheels and two.

The Honda performance flagship is manufactured exclusively at the company’s Performance Manufacturing Center (PMC) in Marysville, Ohio, USA, where 100 production experts are responsible for manufacturing the full bodywork, paintwork and final assembly.