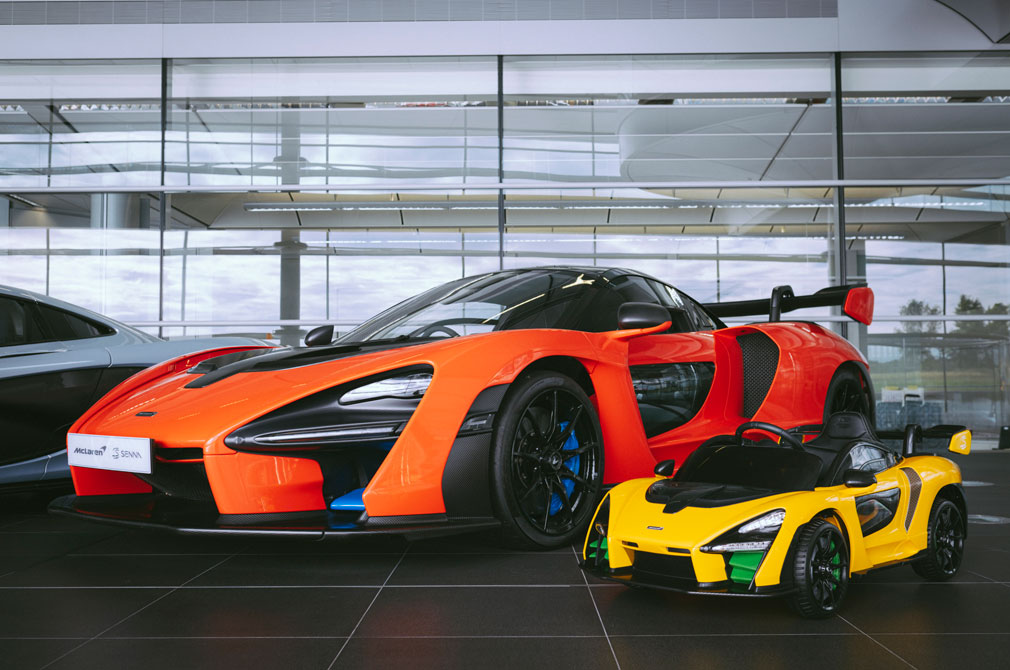 A sixth, special edition colour is also being made exclusive to McLaren retailers. This special edition will utilise yellow with green accents, echoing the colours of Ayrton Senna’s race helmet for the most serious of budding racing drivers. 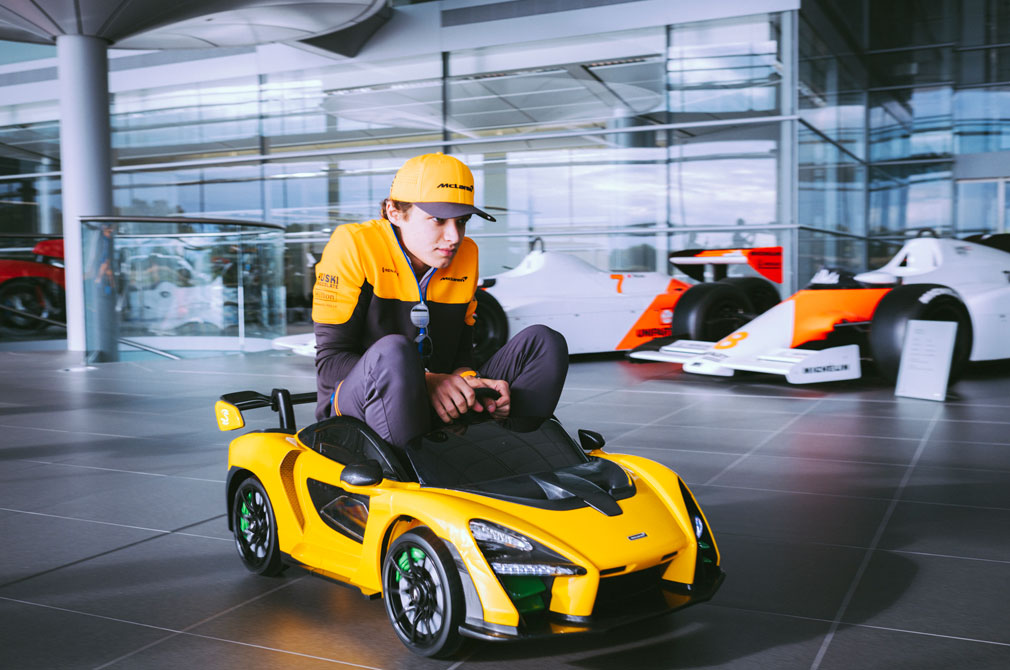 The Ride-On car is designed for three to six-year olds, which are apparently only slightly smaller than Lando Norris.

The McLaren Senna Ride-On is aimed at three to six-year olds, although McLaren’s own Formula 1 driver Lando Norris did manage to squeeze in the car and take it for a test drive, just to check if he was happy with the way it drove. 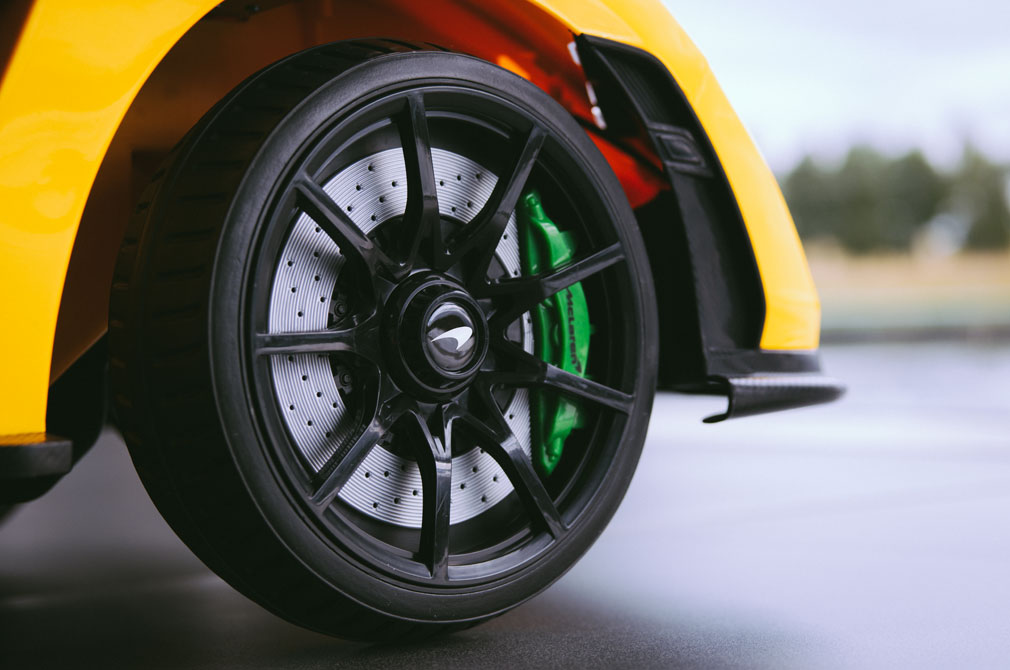 Look out for working brakes on the pint-sized model.

Once inside, the young owner can begin their drive using an authentic push-button start which activates McLaren Senna engine sounds. Junior journeys can also be accompanied by music, played via an infotainment system that can access files from a USB device or SD card.