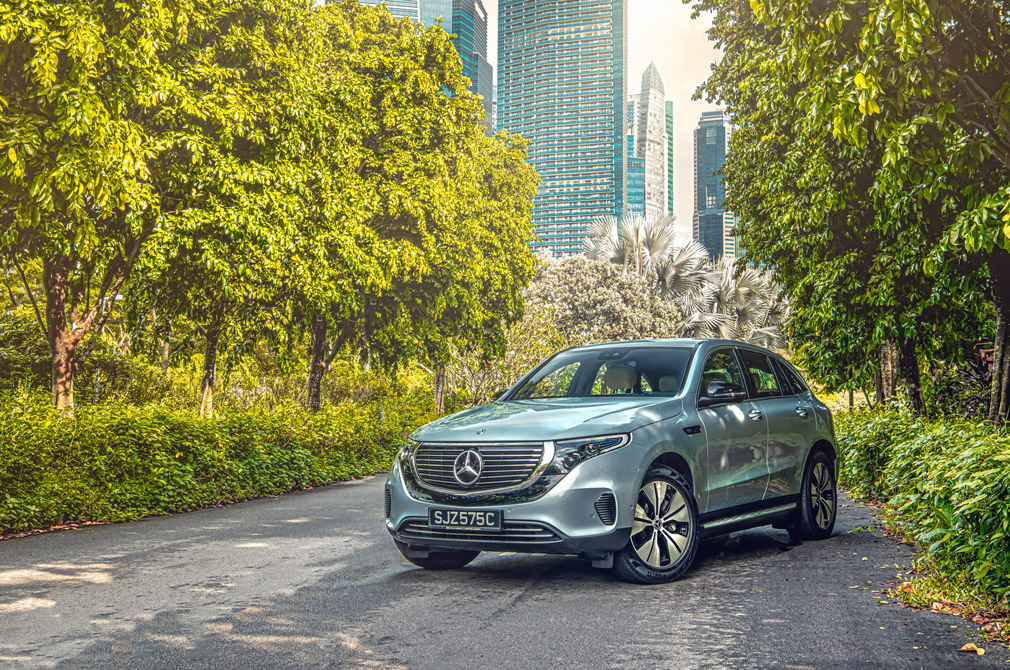 The EQC is part of Ambition2039, Mercedes’ strategy to have a fully networked and cabin neutral new car fleet by 2039.

The EQC is built on the same platform that underpins the Mercedes-Benz GLC, the brand’s mid-size SUV.

It is designed with what Mercedes calls “Electro-look” styling. Its front end is highlighted by a large black-panel surface that encloses the headlamps and grille.

The black panel’s top is bordered by an optical fibre that “links” the daytime running lights. When illuminated, it resembles an uninterrupted light band. 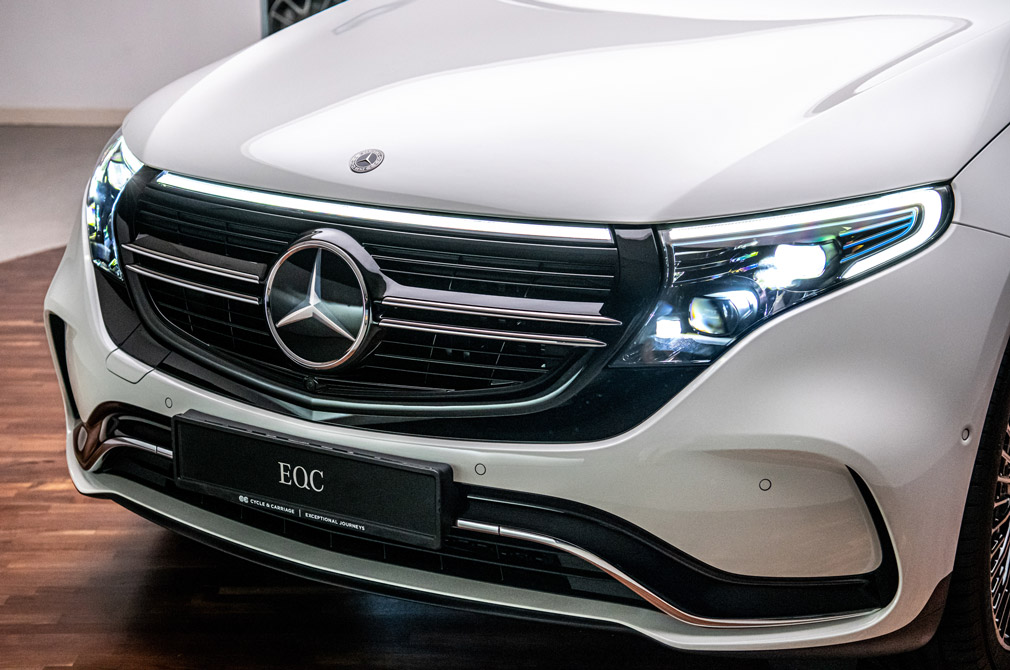 AMG Line variants feature sportier components, such as this grille.

Further hinting at the car’s electric drivetrain are the Mercedes-EQ blue accents, which can be seen on the “EQC” badges and “Multibeam” lettering.

Inside, designers gave the Mercedes EQC an “avant-garde electro-look”, with cues such as the instrument panel’s ribbed edge that looks like the cooling ribs of an amplifier.

The air-vent deck, finished in dark chrome, is complemented by a textile-like structure in metallic silver-grey. Newly developed surfaces, such as the “Sunnyvale” upholstery, is manufactured from high-quality recycled material.

Mercedes says that more than 100 components in the interior are made from sustainable materials such as wool, paper and hemp. 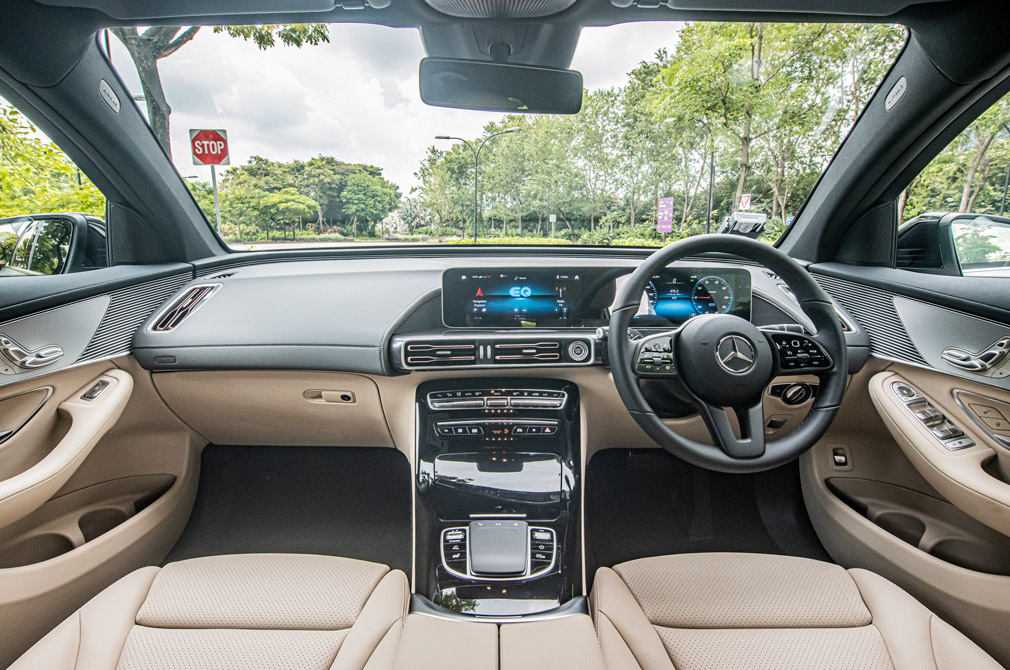 These include displaying the range, charge status and energy flow of the drivetrain. Driving modes, charging current and capacity can also be controlled and set.

The instrument cluster, too, shows pertinent information such as output and recuperation phases.

Pre-entry climate control is available in the Mercedes EQC. Using either MBUX or the Mercedes me app, the driver can tell the car his or her desired temperature at a set departure time.

For convenience, pre-entry climate control is also automatically activated for five minutes when the EQC is unlocked using the key. 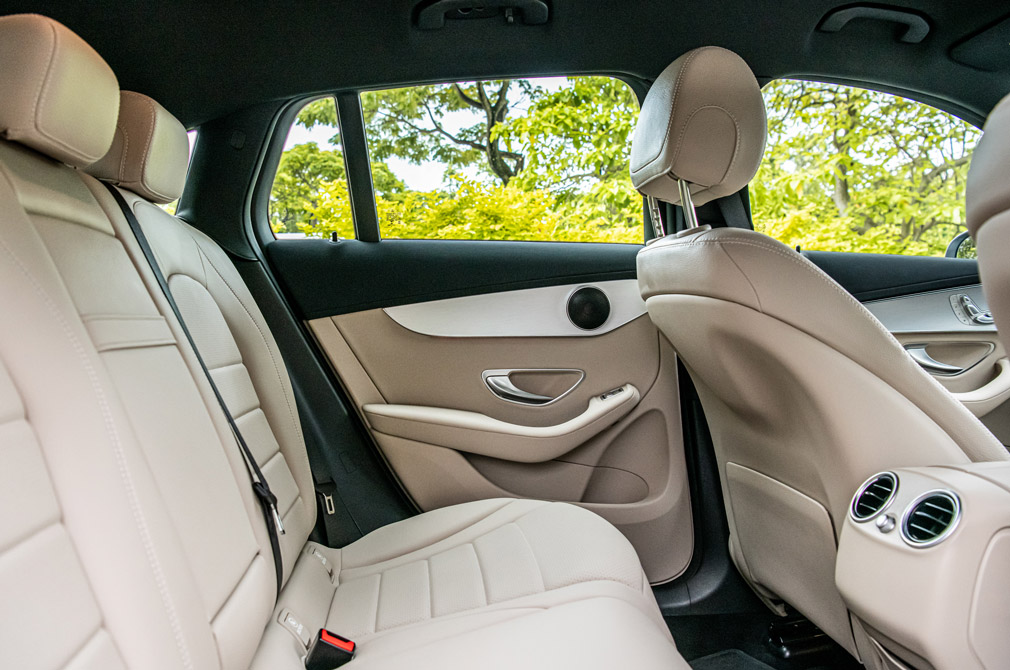 The Mercedes EQC is powered by an 80kWh battery that is manufactured by Deutsche ACCUMOTIVE, a wholly-owned Daimler subsidiary.

Mercedes says the EQC has a combined consumption of 21.5kWh, and a maximum range of 423km.

The EQC is equipped with a water-cooled on-board charger (OBC) with an 11kW capacity. Using a wallbox, it will take 7.5 hours to charge the battery from 10% to 100%. 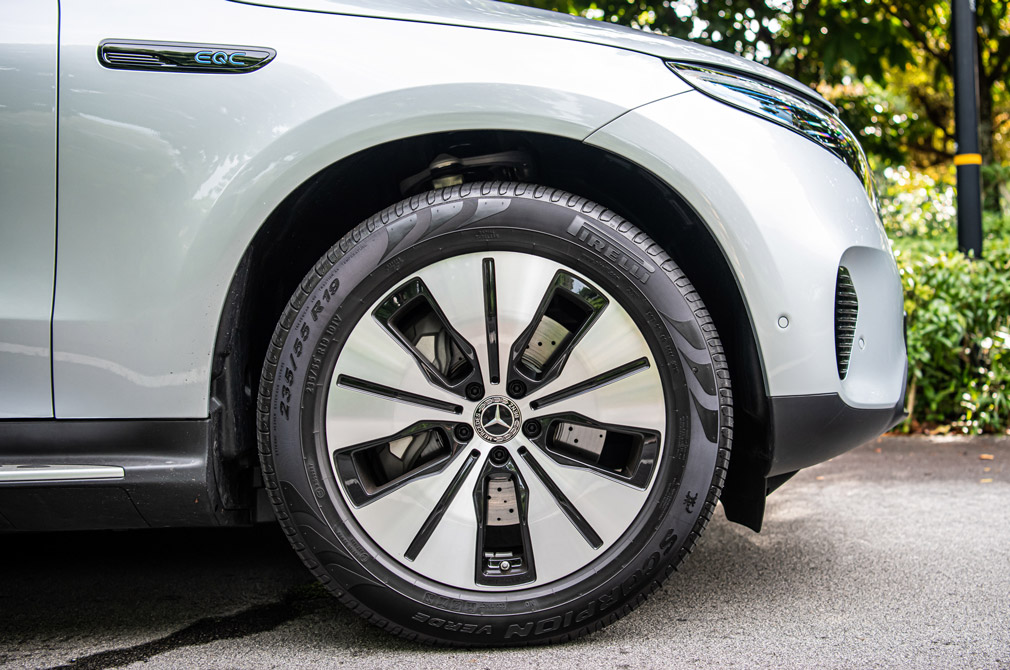 Electric Art comes with rose-gold interior accents on the key-shaped front air vents and instrument panel itself. They are produced by bending millimetre-thick leather in rose-gold and sewing in into the edging.

AMG Line, on the other hand, gives the EQC a sporty character, with its AMG-specific radiator grille, front and rear aprons.

Sporty cues in the cockpit include a flat-bottom steering wheel, brushed stainless steel pedals and seats with leather upholstery and trim in carbon-fibre look. 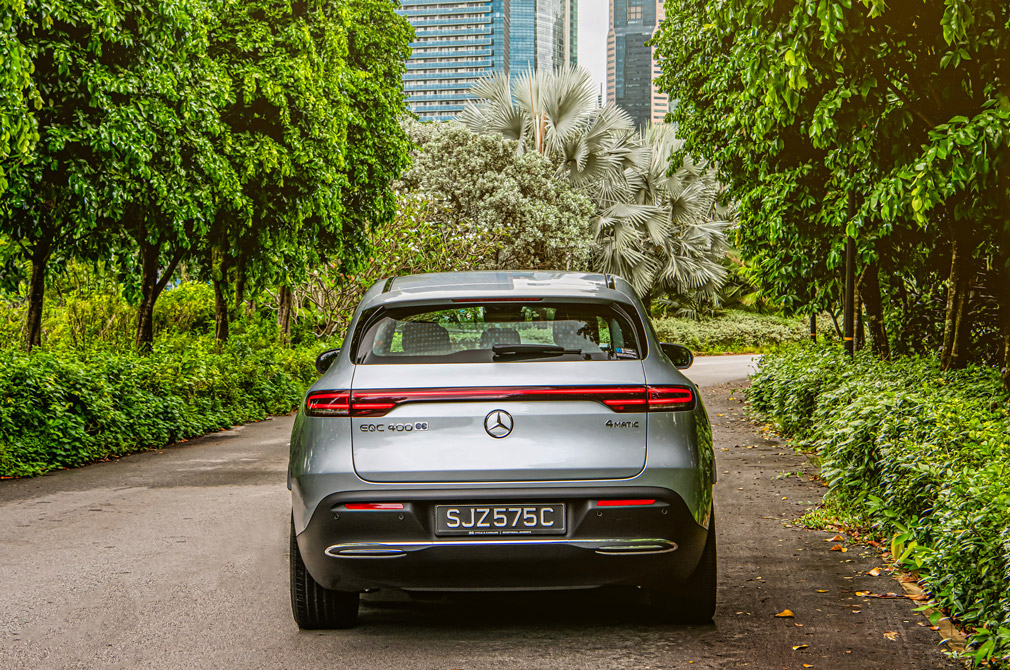 Find out more about the EQC here
Looking for an electric SUV? Click here for our Audi e-tron review