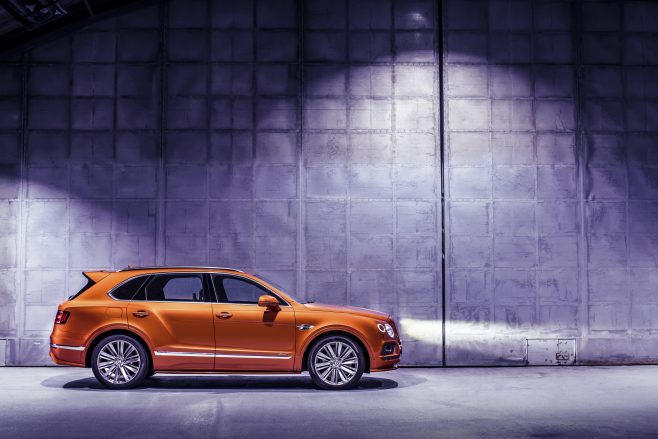 The 6.0-litre W12 engine in the new Bentayga Speed blasts the luxo-barge to 100km/h in just 3.9 seconds, all that while you ride the massive 900Nm of torque.

For comparison, the standard W12-equipped Bentayga clocks 4.1 seconds in the century sprint and on to a 301 km/h top speed.

Bentley claims the Bentayga Speed is the world’s fastest production SUV, and that certainly beats the 707-hp Jeep Grand Cherokee Trackhawk which can muster “only” 290km/h.

The Speed pips its stablemate, the Lamborghini Urus, by a scant 1km/h (the Urus does 305km/h), while acceleration is actually slower than the Urus by 0.2 seconds.

And there’s the possibility that Lamborghini might introduce a hotted-up version of the Urus in future.

Meanwhile, Aston Martin and Ferrari have both indicated that they will be soon introducing performance SUVs too, so those are ones to look out for too.

The Bentayga Sport’s Sport mode has been recalibrated to enhance response from the W12 engine and the eight-speed automatic transmission, as well as the suspension and Bentley Dynamic Ride.

The effect is a “more dynamic and engaging drive”, Bentley says.

To haul everything to a stop, the Bentayga Speed’s ceramic brakes are the largest and most powerful ever fitted to a Bentley, with a maximum braking torque of 6,000Nm and are engineered to withstand temperatures up to 1,000°C.

How do you tell the Bentayga Speed apart from the “bog standard” one? Simple: look out for the tinting.

Dark-tint headlights, body-coloured side skirts and a striking tailgate spoiler hint at the SUV’s performance credentials.