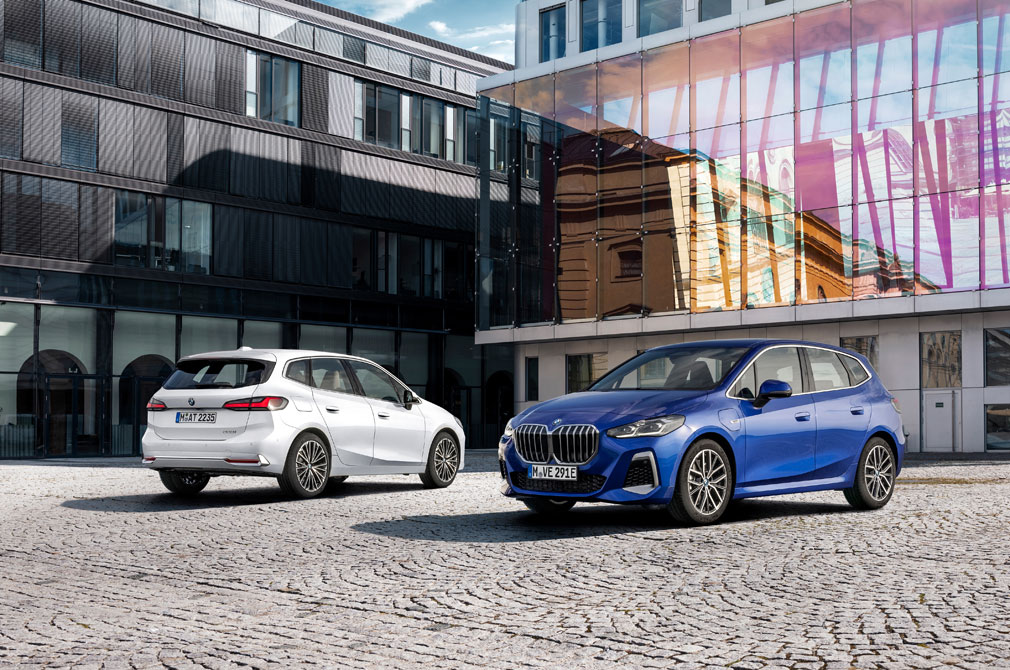 Top headline for the new compact MPV is the fact that it comes with BMW’s Operating System 8, which is currently only available on either the fully-electric iX SUV or i4 coupe.

So, this will be the first time the new system appears in one of BMW’s more compact and accessible products.

And this means you’ll interact with the car via a curved display screen in the cabin. In the BMW 2 Series Active Tourer, this is a 10.25-inch information display paired with a 10.7-inch control display. 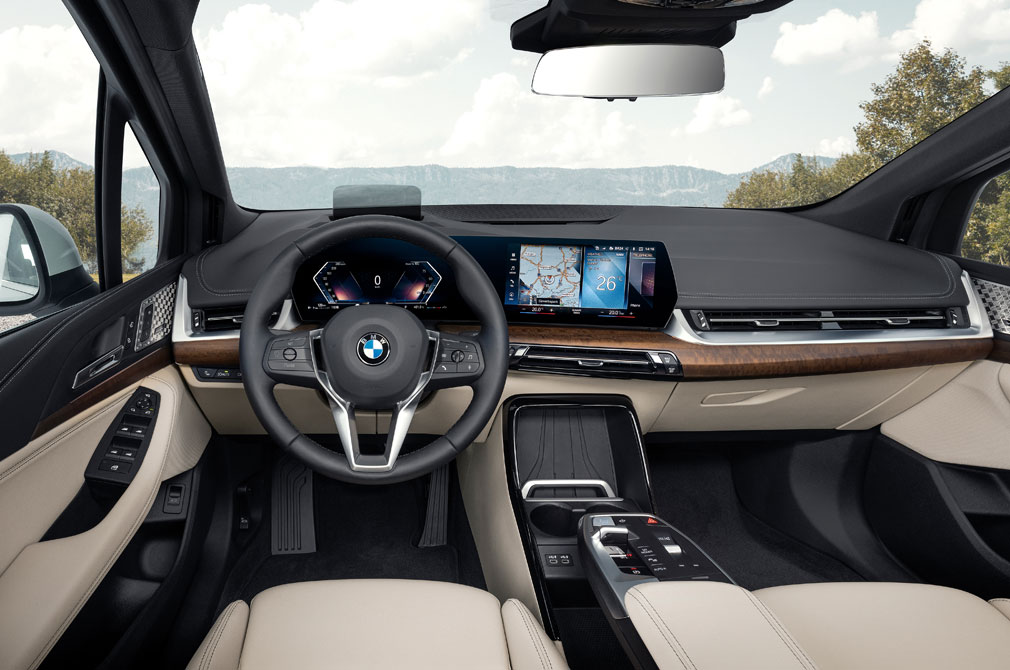 The system in the compact MPV will offer drivers the option to select from various “My Modes”.

This will allow quick changes to the setup of items from the powertrain and steering to the curved display layout and the interior lighting, simply by selecting from a few pre-saved themes.

Having said that, BMW has taken the smartphone integration game of the 2 Series Active Tourer one step further with the installation of a cabin-facing camera.

This new camera can send snapshots of the cabin straight into your phone, so you can keep both hands on the wheel as you take that mandatory in-car selfie. 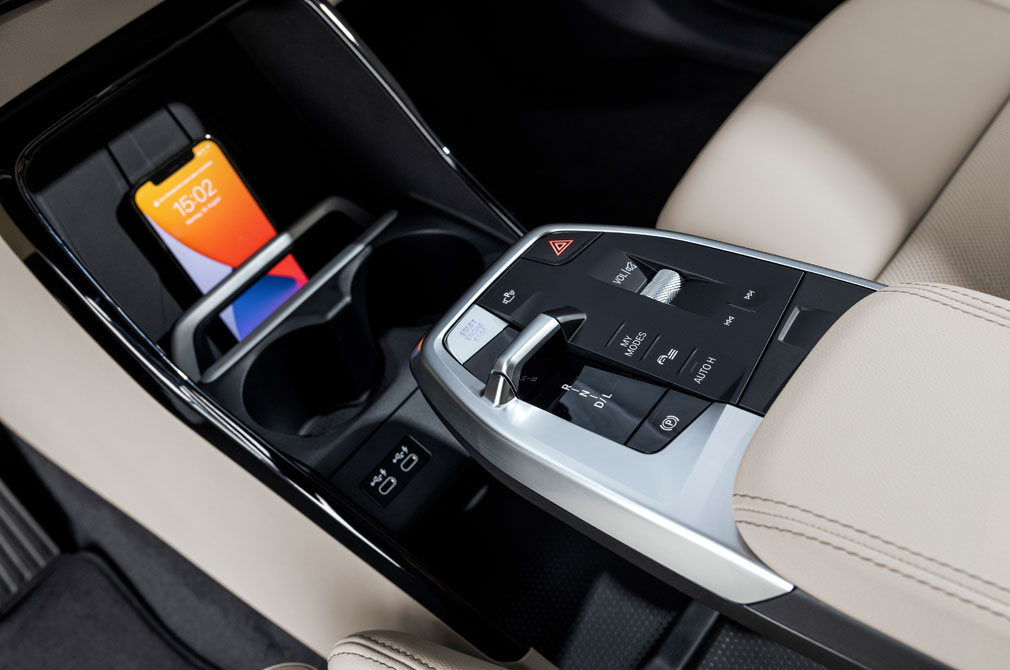 Nifty little control module is positioned at the end of the armrest.

Which is great because you’ll want your hands free to play with the nifty new integrated control panel that now sits on the “floating” armrest, Star Trek style.

The new module has been shifted here to allow cup holders and a newly designed smartphone slot to sit in the centre console. Wireless charging will be available as an option.

Further back in the cabin, the BMW 2 Series Active Tourer has new multi-adjustable seats. These can be ordered in optional Sensatec perforated or Vernasca leather.

But for those looking to travel in comfort, there’s also the option to have them as electronically adjusting items and with a massage function to boot.

Kneeroom for the rear passengers has also been increased over the preceding model. 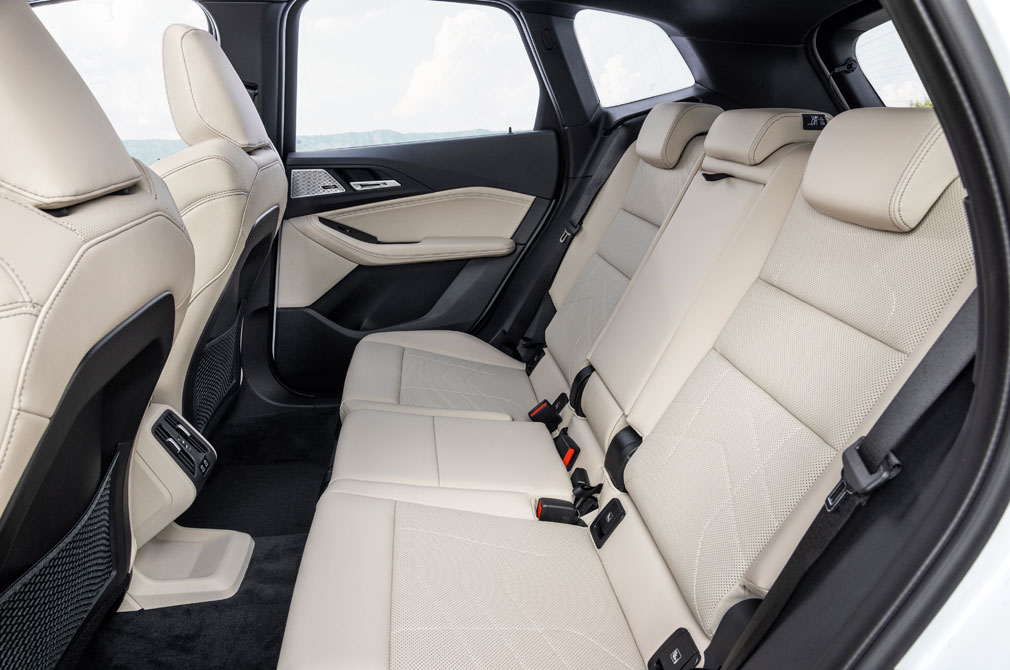 Kneeroom in here is said to be better than in the preceding model.

Speaking of occupying more room, once outside you’re sure to notice the front grille’s increased prominence on the new car. Slimmer head lights flank the new grille, giving the car added sportiness.

And from the side, the car gets a more crossover-like profile, thanks to a heavier rake on the A-pillar compared to its predecessor, as well as flush-fitting door handles and slim C-pillars.

And at the rear, the exhaust tailpipes are now integrated into the rear apron. The tailpipes will stay out of sight on all model variants.

A 220i Active Tourer is also available with a total of 168bhp generated jointly by a 154bhp combustion engine and a 19bhp electric drive system. 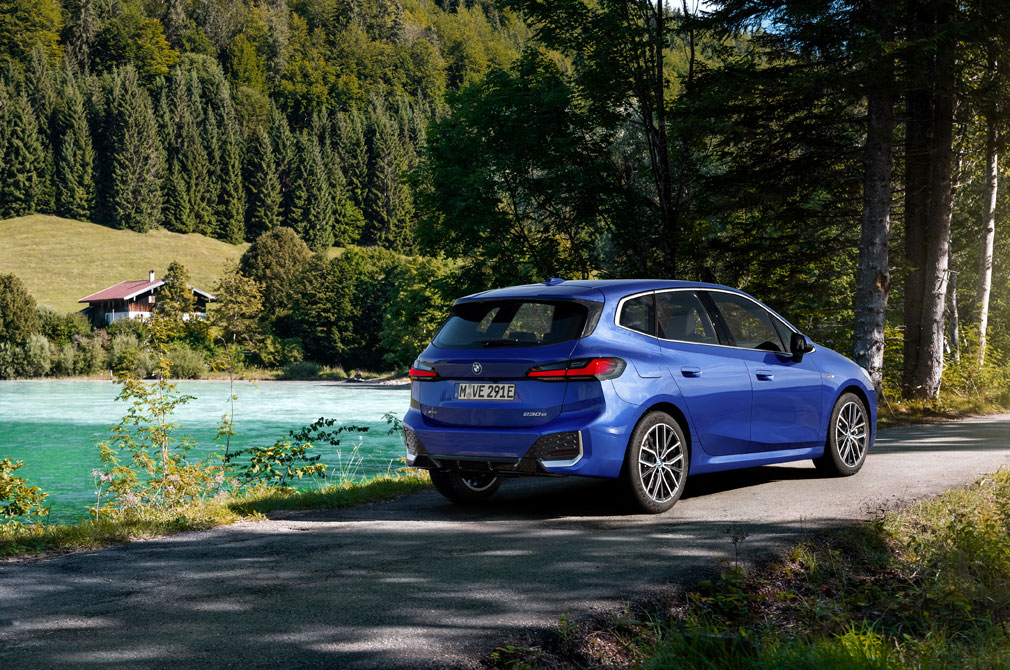 The tailpipes of the compact MPV are now hidden on all model variants.

All variants are paired with a 7-speed Steptronic dual-clutch transmission.

More information on the 230e xDrive pictured (the car in blue) as well as a second plug-in hybrid model for the range will be revealed in a few months.

This comes courtesy of changes to the single-joint spring strut axle at the front and the three-link axle at the rear.

An adaptive M suspension is also offered, adding frequency-selective damping, a sports steering, and a 15mm drop in ride height. But why would you want to risk adding some jitter to that in-car selfie?

Looking for a compact BMW? Catch our review of the BMW 1 Series hatchback here!