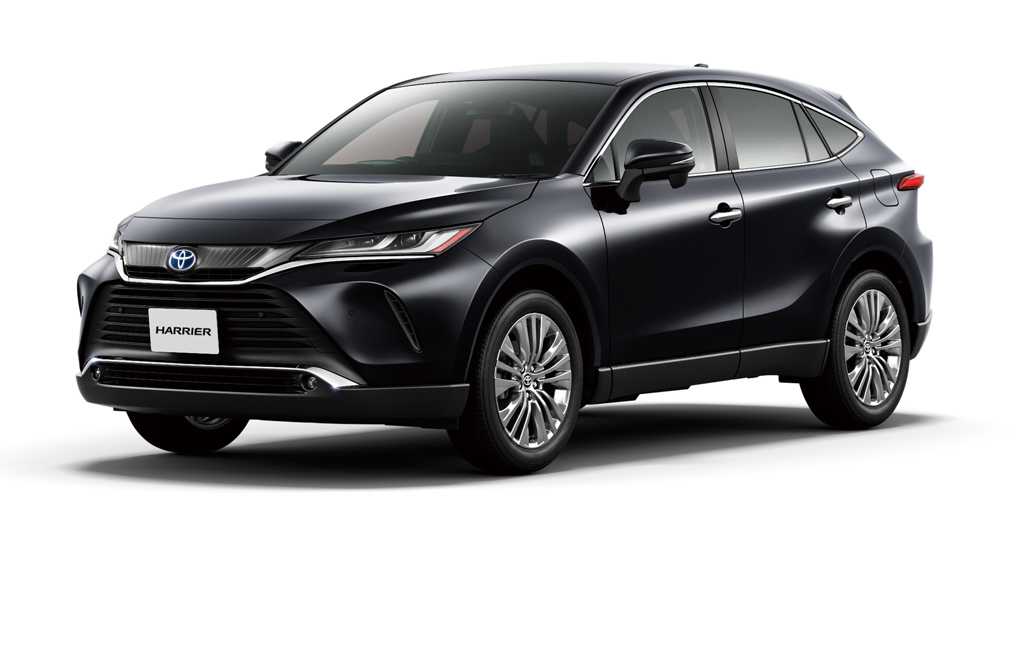 The new Toyota Harrier is now officially available in Singapore.

Unlike the previous SUV (Harrier Turbo), which has a turbocharged 2-litre engine, the new Harrier is available with two engines.

There’s a naturally aspirated 2-litre 4-pot, and a petrol-electric hybrid equipped with a 2.5-litre inline-4 and electric motor.

The Toyota Harrier and Harrier Hybrid are now available at Borneo Motors, with prices currently starting from $160,888. The new Harrier looks much sleeker than its predecessor.

Apart from the curvier front end, flowing lines continue from the grille to the headlights, lending this SUV a more upmarket look.

Toyota says that the Harrier’s flanks have a “dynamically changing body cross-section” and feature “sports car-like” wheel housings. At the rear, the slim LED tail-lights emphasise the vehicle’s width. There are six paint colours to choose from. 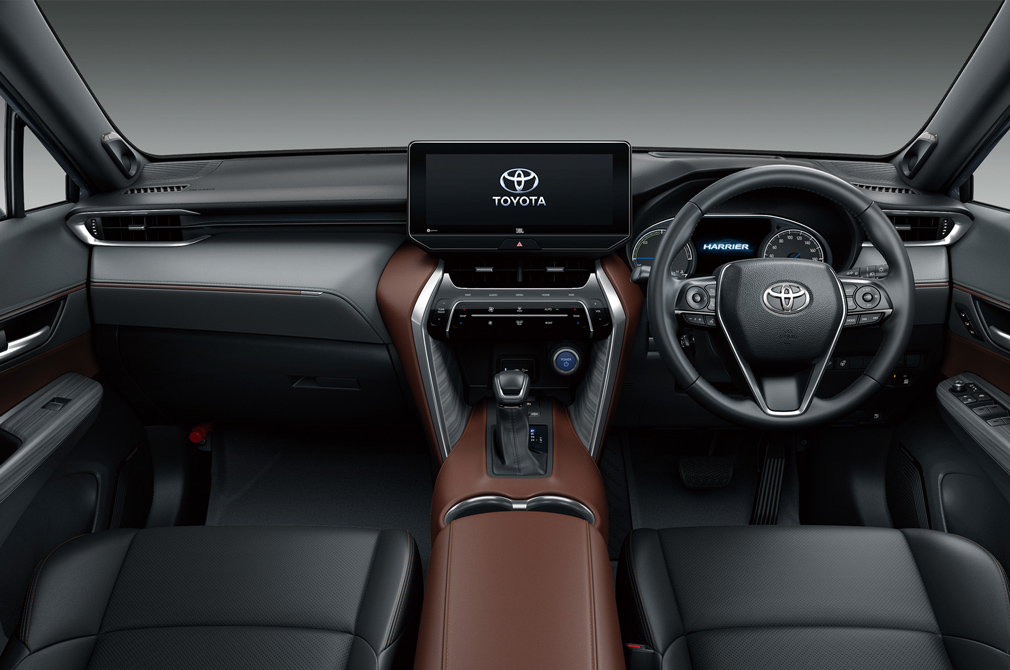 Designers have given the new Toyota Harrier a calming interior with the use of low-contrast brown and black hues. The centre console is supposedly inspired by a horse’s saddle.

Key enhancements include a larger infotainment display and air-con controls that are no longer blocked by the gearshift knob.

To give the cabin an upmarket air, electrochromic glass is used for the panorama sunroof. When the glass is dimmed, the effect is supposedly similar to light being filtered through paper windows. 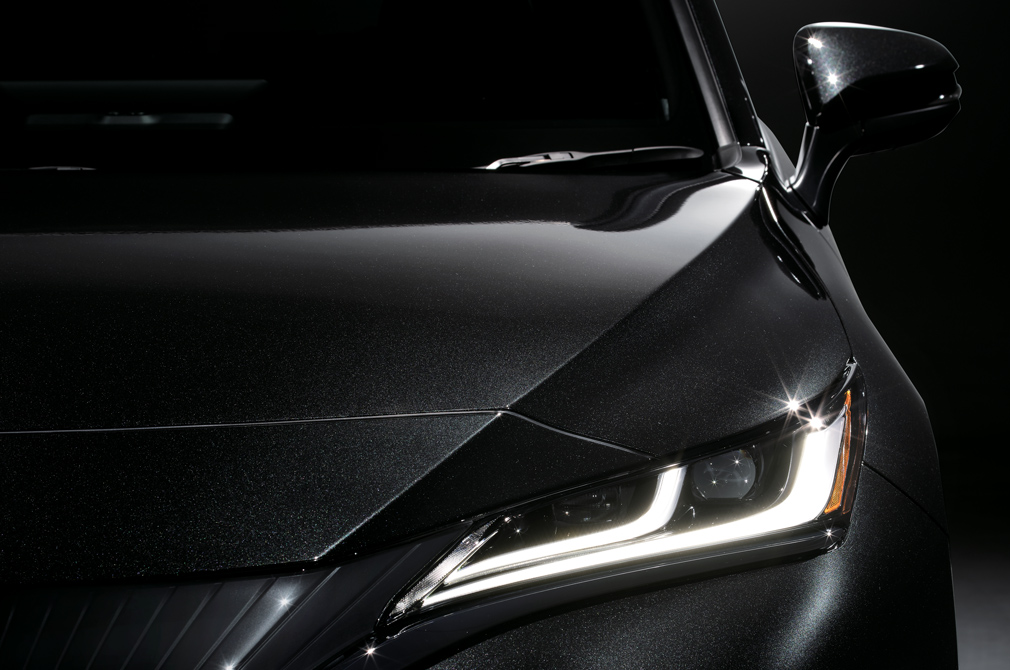 The latest Harrier is equipped with Toyota Safety Sense, the carmaker’s suite of safety features.

A Heads-Up display helps drivers stay focussed on the road. Meanwhile, the Digital Inner Mirror, which uses video feed to provide rearward visibility, enables drivers to see behind even if the rear windscreen is obscured by backseat passengers. 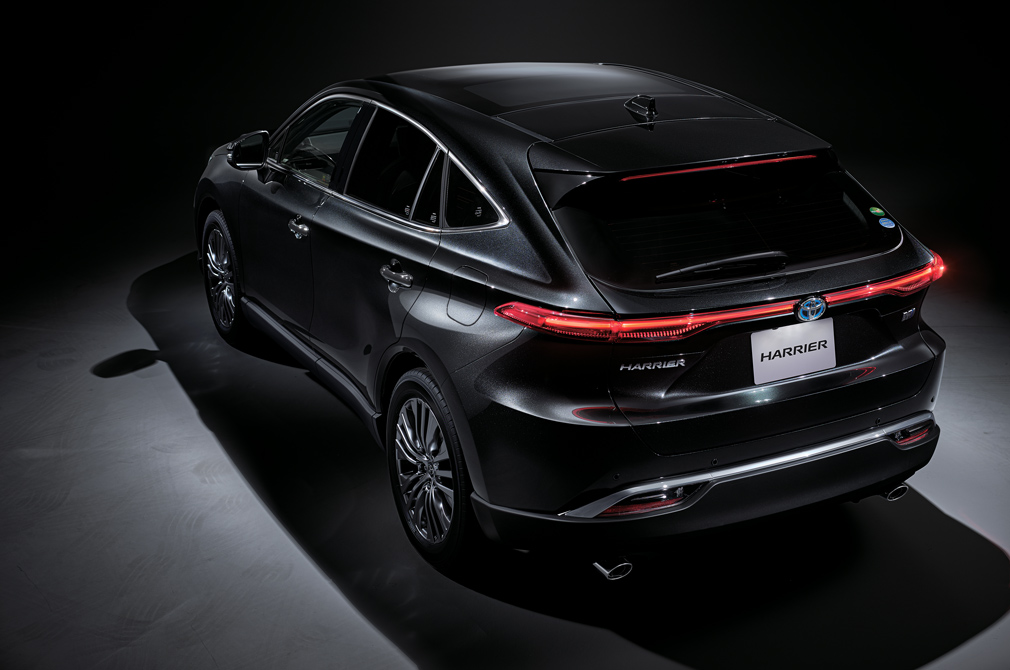 The all-new Toyota Harrier is available at Borneo Motors in two models – Harrier (petrol) and Harrier Hybrid. Buyers who opt for the latter have Premium and Luxury variants to choose from.

At time of writing, the Harrier currently starts from $160,888 with COE.