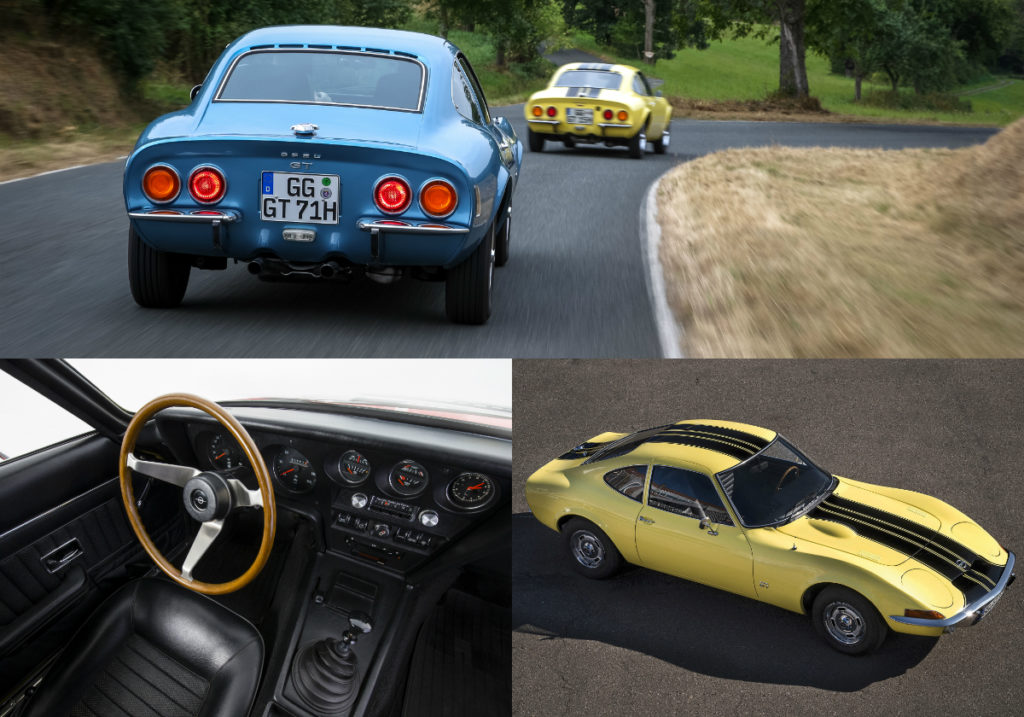 “Nur Fliegen ist schöner” – only flying is nicer. These four words are enough to generate passion and dreams. Like the advertising slogan, the car itself has also become a classic: the Opel GT sports car, which first rolled off the production line 50 years ago. Then, as now, it is a true dream car and a milestone in the history of the automobile.

The career of the Opel GT began not 50 but 53 years ago – with a big bang at the 1965 IAA Frankfurt International Motor Show, where the company presented a two-seat sports car.

With its sleek bodywork, low nose with folding headlamps, bulbous wheel-arches and sharp tail-end, the prototype was unlike anything ever seen before from a European carmaker. The curvaceous exterior design was soon dubbed the “Coke Bottle Shape”. Initially, Opel described the Experimental GT – the first concept car from a German manufacturer – as a high-performance study.

It had been designed by Erhard Schnell and his team at the brand new “Styling Studio” in Rüsselsheim – the first design centre of a European automobile manufacturer.

Their courage was rewarded at the 1965 Frankfurt Motor Show, where the media and the public gave the GT a massively enthusiastic reception. Nobody had expected such a radical sports car from Opel. As a result, six years after the first design sketch and only three years after the project’s green light, the GT prototype became a production car.

The first Opel GT rolled off the assembly line in 1968, an early example of Franco-German cooperation. Thanks to previous joint projects, the coachbuilder Chausson and Brissoneau & Lotz was a proven partner for Opel, and the French company carried out the press work, welding, painting and interior installation of the GT, before sending it to Germany for final assembly of the chassis and powertrain.

GT buyers had two 4-cylinder engines to choose from – one with 1.1-litres displacement and 60hp came from the Kadett and the other, with 1.9-litres and 90hp, from the Rekord.

The GT 1900 was especially popular right from the start. The maximum speed of 185km/h and 0-to-100km/h acceleration in 11.5 seconds were just what buyers wanted. The rear wheels were driven via a 4-speed manual gearbox. European customers hardly ever ordered the optional 3-speed automatic, but on the other side of the Atlantic the transmission was extremely popular.

The body of the production GT was quite different from the original car, with an even more athletic appearance. The front end was larger, the front overhang shorter. Muscular bulges for the intake system enabled a lower hood, the rectangular folding headlamps of the Experimental GT were replaced by seductive-looking eyes, which gave the car an even more unmistakeable appearance.

The powerful yet elegant lines lowered the drag without adding too much lift for high-speed stability on the autobahn. However, this did cause another, if unexpected problem: According to the press release of September 1968, prototypes of the GT could not drive anywhere unseen by the press, because the sexy shape “prevented any camouflage”.

Like the exterior design, the interior of the GT with its bucket seats, three-spoke steering wheel and round instruments, exudes a flair that continues to excite fans to this day. But despite appealing to the emotions, the designers of the GT also paid close attention to safety, giving their creation, for example, three-point safety belts, integral rollover and side-impact protection, and a safety steering column.

The production Opel GT thrilled customers until the end of its production in 1973. Thanks to the performance, unique design and attractive pricing, the popularity of the GT exceeded all expectations.

Total production reached 103,463 units in only five years. Not only European but also North American customers loved the radical Opel sports car, which still has many fans today on both sides of the Atlantic. The GT also shows that the Opel designers and engineers of the past had “German precision meets sculptural artistry” in mind, even back then.

Or as actor and GT driver Ken Duken puts it: “The advertising was wrong – flying isn’t nicer!” 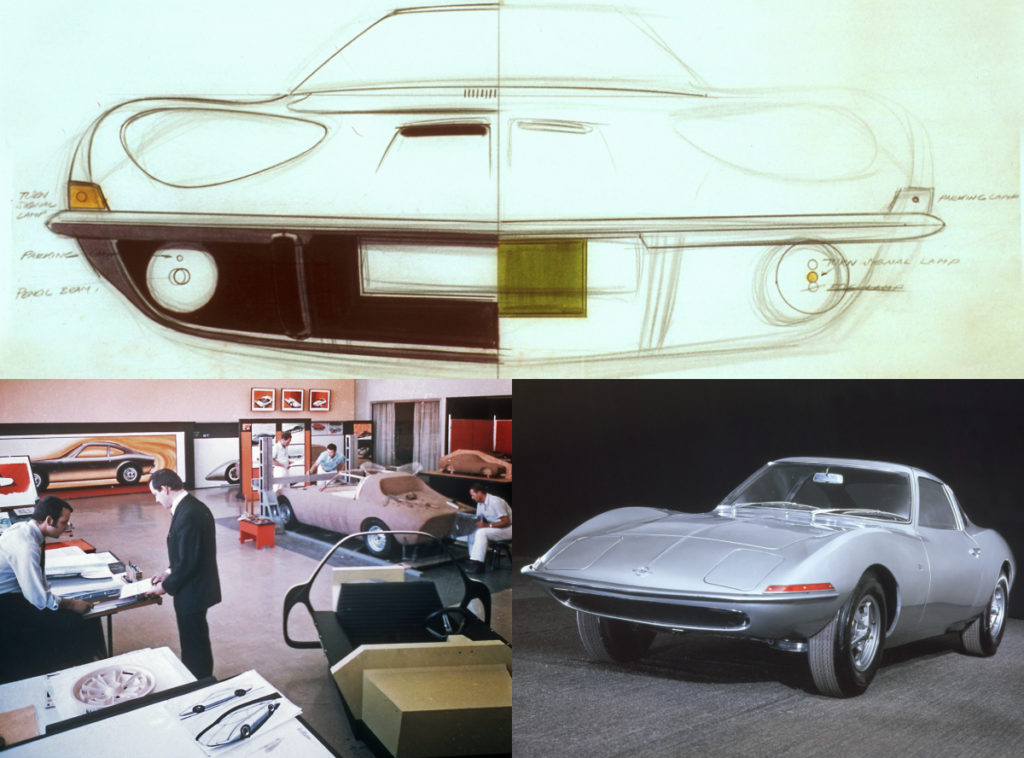