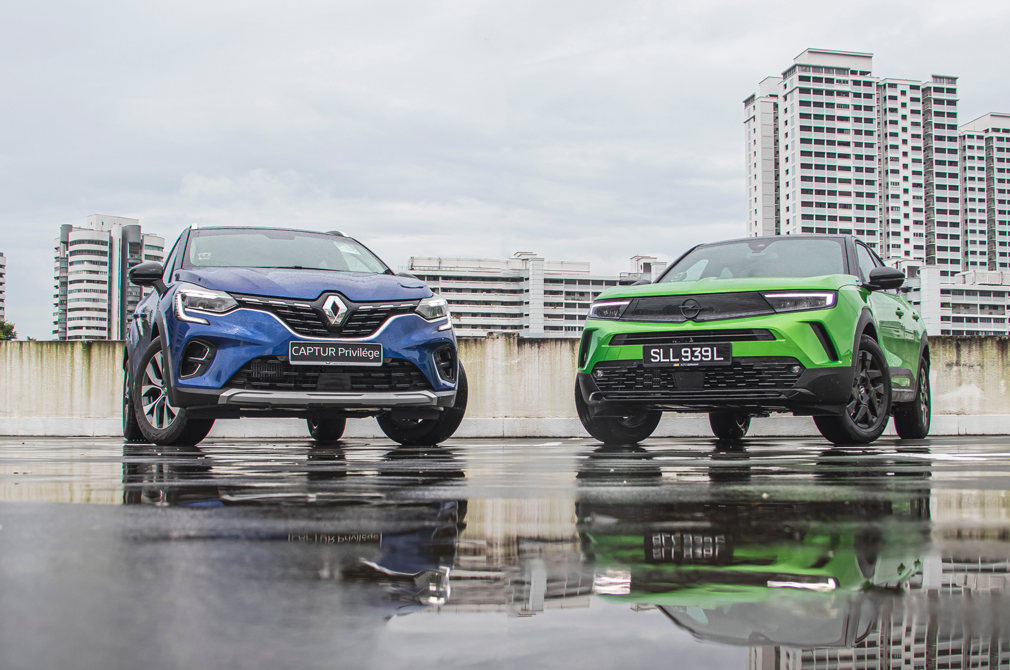 Compact crossovers are designed to appeal to younger drivers (or the young-at-heart) thanks to their youthful styling and outdoorsy characters.

You may not have an active lifestyle, but if you drive one of these and don articles of athleisure from time to time, people might assume you have sporty hobbies.

Speaking of sports, the two snazzy-looking models here are lined up and ready to take each other on. Will the more dynamic Mokka edge out the Captur? Or does the Renault have the advantage over the Opel?

These two crossovers couldn’t be more different if they tried.

Between them, it is the Mokka which immediately draws your attention with its futuristic Vizor design language. Both the front and rear ends are striking, and Opel has even made it seem as if the Mokka is riding on 20-inch wheels (they are actually 17-inches).

The Captur looks more conservative in comparison, with the familiar Renault “face” seen on the marque’s other models. I like the C-shaped tail lamps, though, which are bolder than the slim taillights on the Mokka. 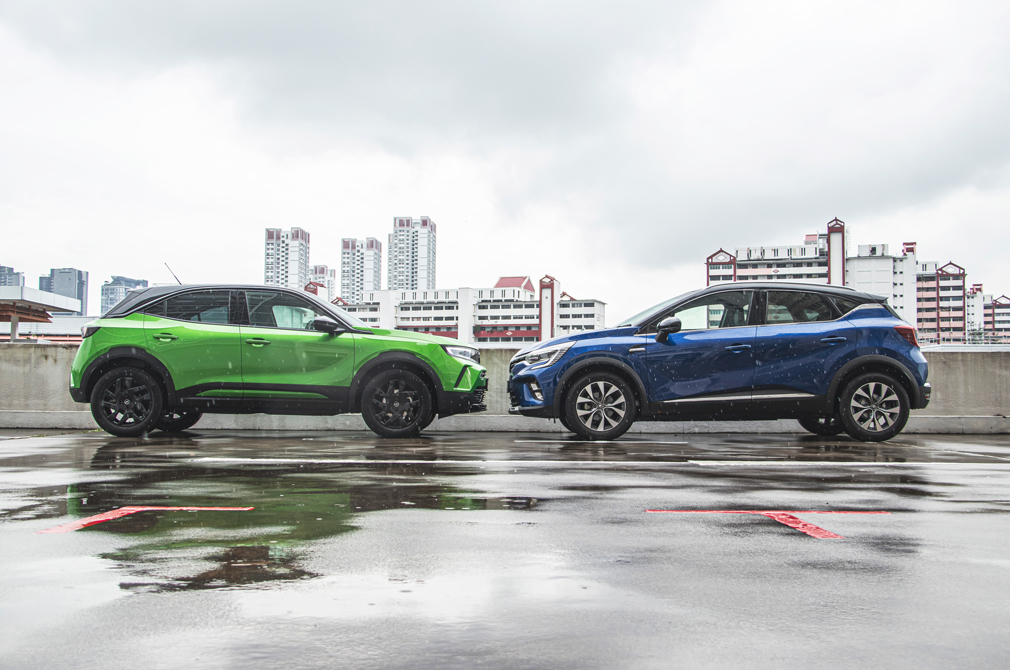 The Mokka’s design is more eye-catching than the Captur’s, especially if it comes in this Matcha Green hue.

Though both crossovers have different approaches to their design, they both offer a variety of cool paintwork options.

The Captur comes in nifty colours such as Atacama Orange, Tiffany-esque Celadon Blue, and Iron Blue as seen on this test unit. Privilege models can have two-tone paintwork as well.

Opel’s palette is also far from boring, with the Mokka available in hues such as Matcha Green (seen here), Voltaic Blue and Red Ruby. All cars have dual-tone paint as standard.

Just like their exterior designs, both crossovers have very different approaches to their interiors as well.

True to its futuristic styling, the Mokka’s cockpit feels clean and futuristic. Here, Opel has installed what it calls the Pure Panel, which integrates the 12-inch instrument panel and 10-inch infotainment display.

The Pure Panel looks and feels more cohesive than the Captur’s method, which separates the instrument cluster from the infotainment screen. 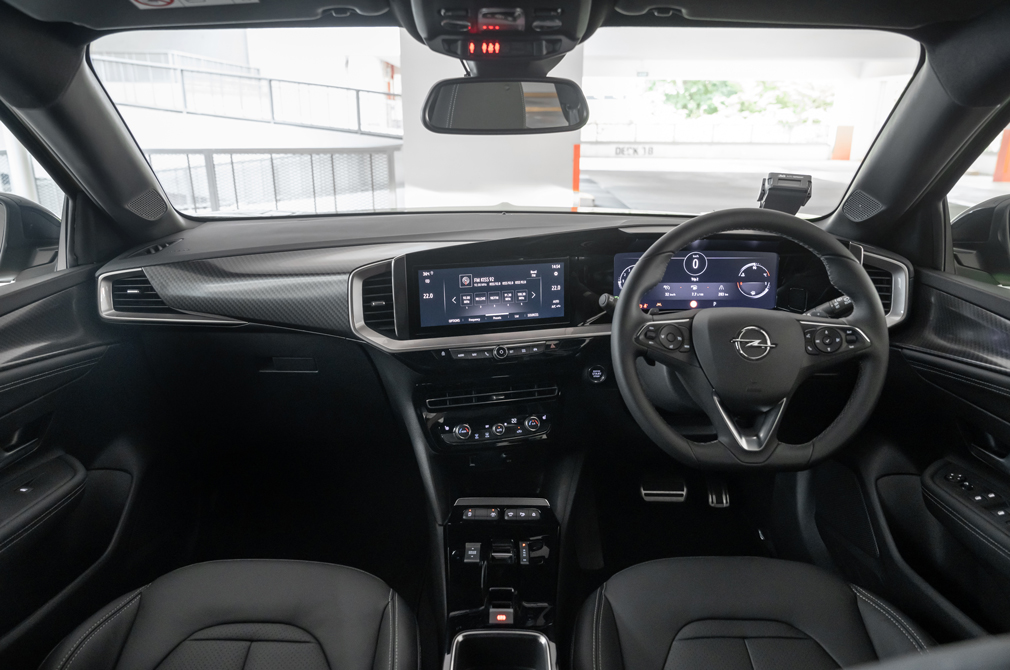 The Mokka’s cockpit is neater and has better integration.

The Mokka has another neat trick: It has replaced the gearshift lever with a tab. This saves space, makes the centre console look neater and once you get used to it, feels quicker to use as well.

In terms of bum comfort and practicality, I prefer the Mokka’s seats and driving position, along with its larger door bins. With its lower roofline and more steeply raked windscreen, it also feels more driver-focussed than the Captur, which makes it more appealing to me.

That doesn’t mean I dislike the Captur, though. For while the Mokka evokes a coupe-like feel, the Captur makes the driver feel like he’s sitting in a larger and more expansive car. Considering the Captur’s actual dimensions, the feeling of space will be welcome to most drivers.

The Renault’s cockpit also has chic ambient lighting, which offers eight colours for the driver to choose from. And though the infotainment screen isn’t as well integrated as the Mokka’s, the graphics look nicer and the tablet-style orientation is more intuitive. 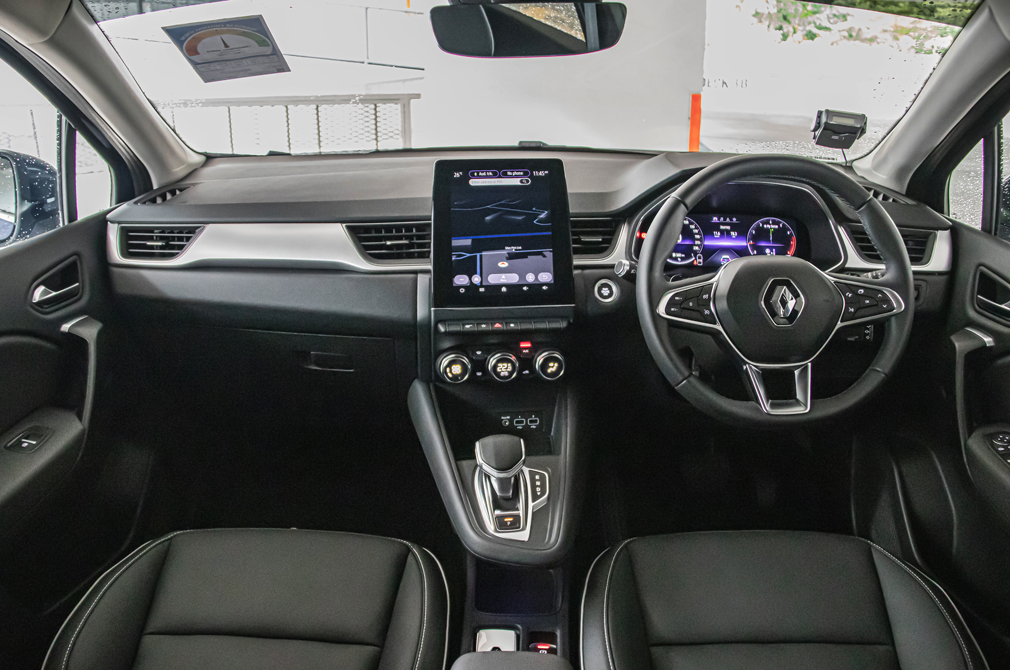 The Captur’s cockpit feels better built and has nicer graphics.

The biggest bugbear in the Captur is Renault’s insistence on “hidden” audio controls, which are mounted on the steering column. They’re just not as ergonomic or convenient as actual buttons on the steering wheel.

There’s no fancy shift tab in the Captur, but the large shifter here does fall to hand easily. I also prefer the Renault’s bigger air-con dials. They make it easier to set the system to 19 degrees – any higher and you won’t get any cool air. 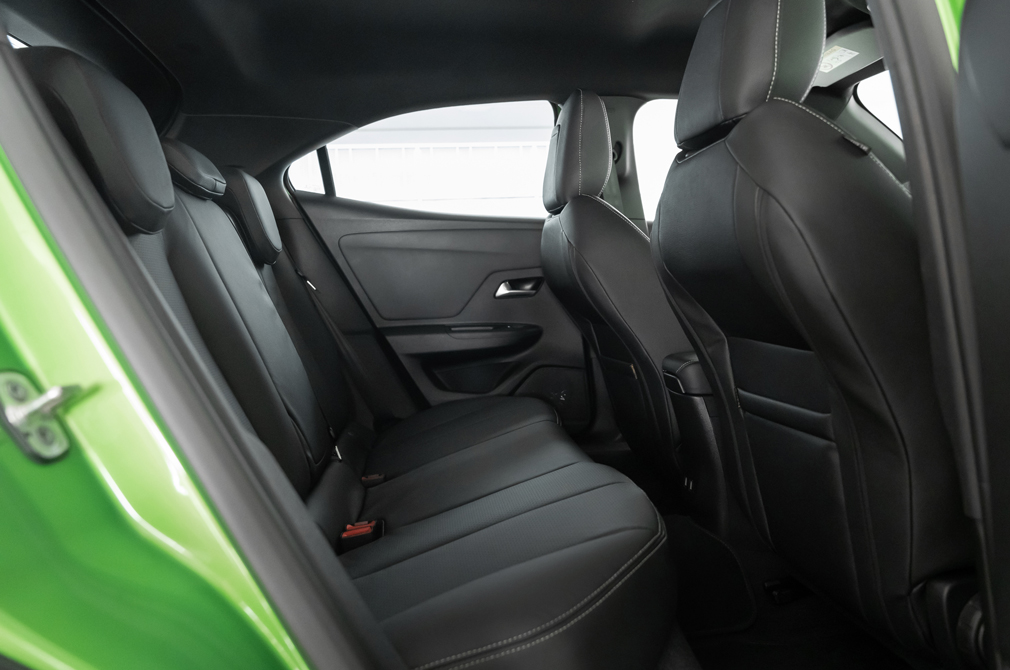 The Mokka’s backseat is a squeeze for three adults, especially with a tall floor protrusion.

There’s no debate here – the Captur is more spacious than the Mokka, with the former’s wheelbase being 82mm than the latter’s (2,639mm versus 2,557mm).

Apart from having more legroom and headroom, the Captur also has slightly more foot space beneath the front seat, so occupants with larger feet can park them more easily.

The same occupants will feel more comfortable, too, thanks to the presence of air vents, which the Mokka doesn’t have. Both crossovers each have a pair of USB ports, though, so passengers can charge their phones on the go. 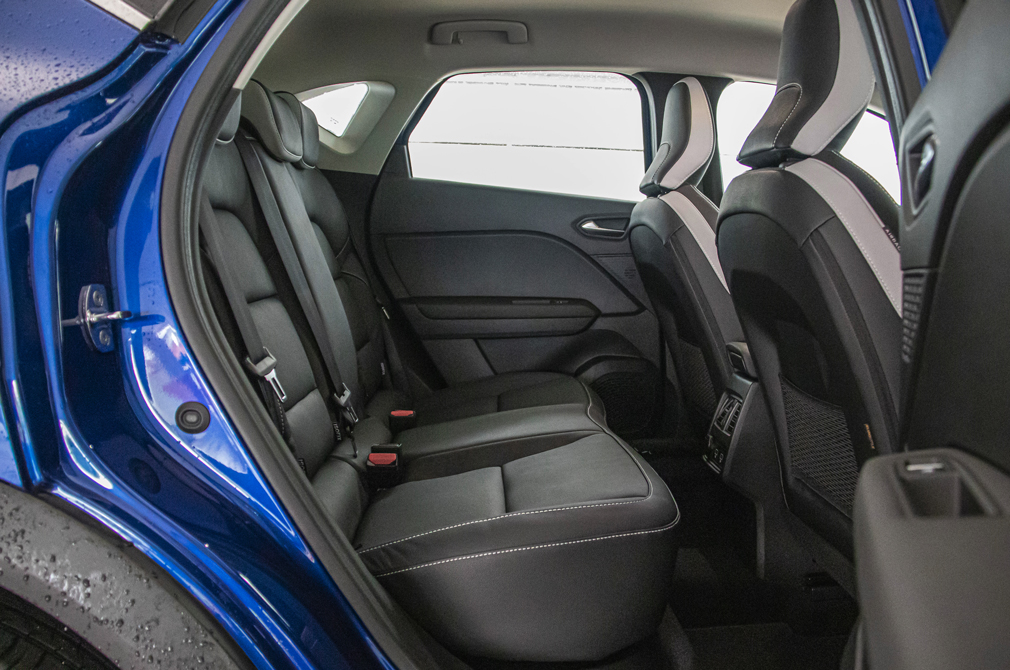 As the larger car, the Captur again trumps the Mokka in terms of boot space, offering 536 litres with the rear seatbacks up and 1,275 litres when they’re folded. In comparison, the Mokka’s capacities are 310 litres and 1,105 litres respectively.

The Mokka may have ceded ground to the Captur with regard to roominess, but it claws back points with its more responsive drivetrain.

Powering the Mokka is a turbocharged 1.2-litre 3-cylinder engine that’s capable of 129bhp and 230Nm. It is paired to an 8-speed automatic transmission.

Select “Sport” and the drivetrain is at its most responsive, and can get the Mokka from rest to 100km/h in 9.2 seconds. The inline-three sounds throaty and engaging, too, which will spur you to utilise the paddle shifters so you can hold onto each gear that bit longer. 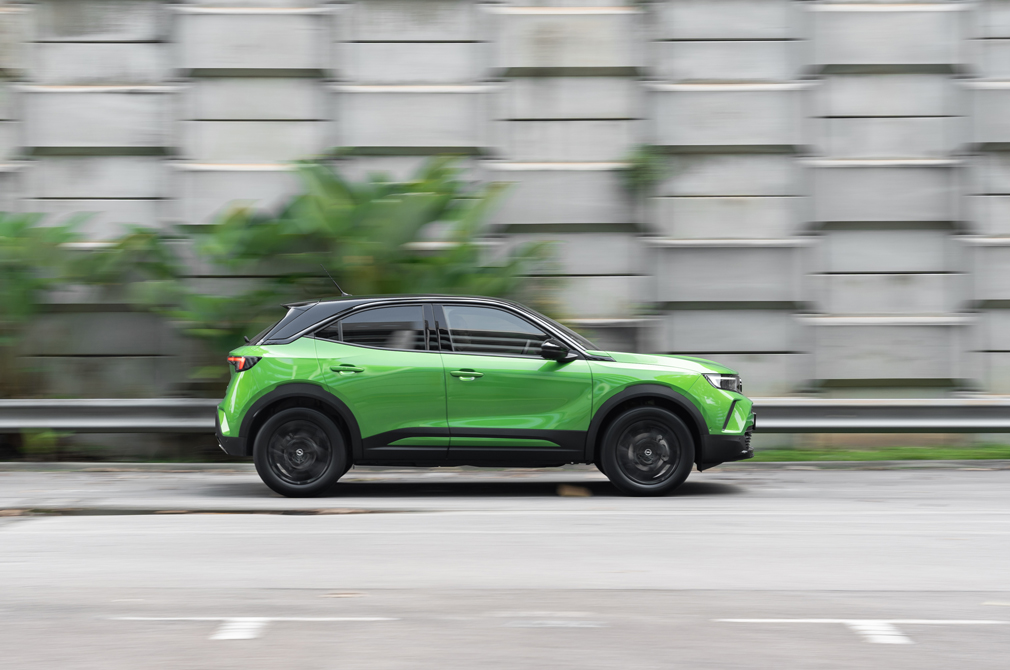 As the smaller crossover, the Mokka has nimbler handling as well, making it easier to chuck into corners when you feel like it. However, the more dynamic disposition has a downside – the ride isn’t as composed as the Captur’s.

Strangely, despite the pliant suspension, the Mokka transmits the unevenness of woolly surfaces to the cabin, so you’ll have to slow down when you come across patchy tarmac.

Now, the Captur may not be as quick or as agile as the Mokka, but its ride quality is cushier and more composed, which is something that most consumers would want in a crossover. 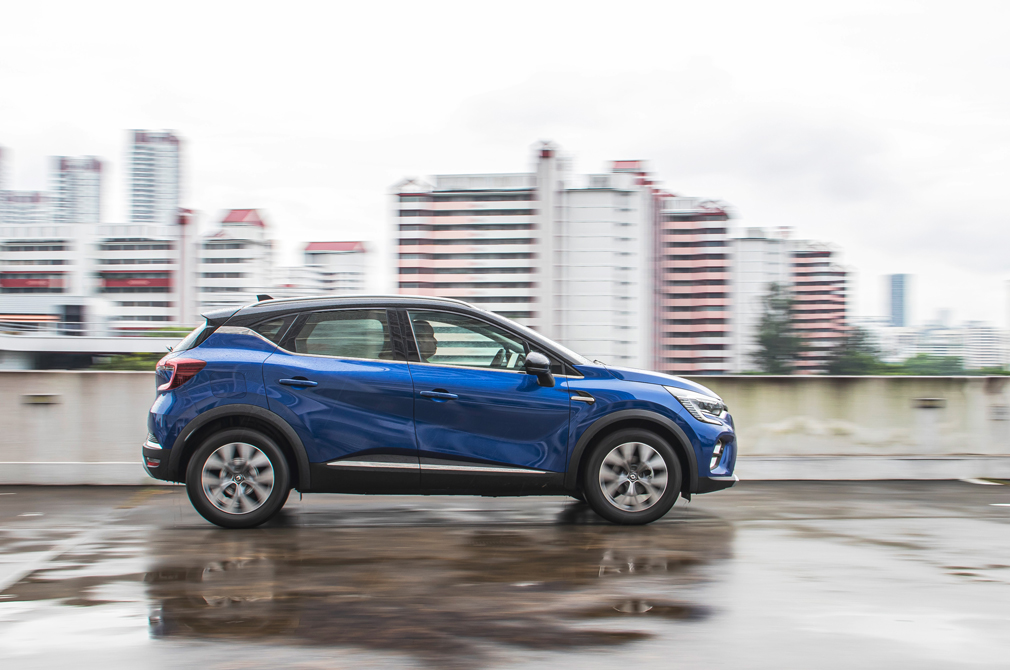 The Captur offers a more pliant and resolved ride.

Under the Captur’s bonnet is a turbocharged 1.3-litre 4-cylinder capable of 128bhp and 240Nm. This engine is mated to Renault’s 7-speed Efficient Dual Clutch (EDC), which executes gearchanges quicker than the Mokka’s gearbox.

However, the Captur’s drivetrain is less responsive than the Mokka’s. It takes a second longer when moving off the line, and the century sprint time is 0.4 of a second slower at 9.6 seconds.

The Renault Captur and Opel Mokka belong in the same segment, but they are very different characters indeed.

The Mokka is clearly aimed at buyers with an eye for design. Opel’s Vizor styling really makes this model stand out, with the all-digital and minimalist cockpit further enhancing the crossover’s futuristic character.

The Mokka is also the more driver-oriented car, with better handling and a more engaging soundtrack to boot. Of course, its ride quality and passenger compartment could be improved, but I can imagine it being well-suited to single buyers or newlyweds without kids.

The Captur doesn’t have the Mokka’s eye-catching design or its driving performance. But it more than makes up for these with its nicer graphics, and by offering more space, practicality and comfort.

That makes the Captur an even more complete crossover, and in my book, gives it the edge over the Mokka. 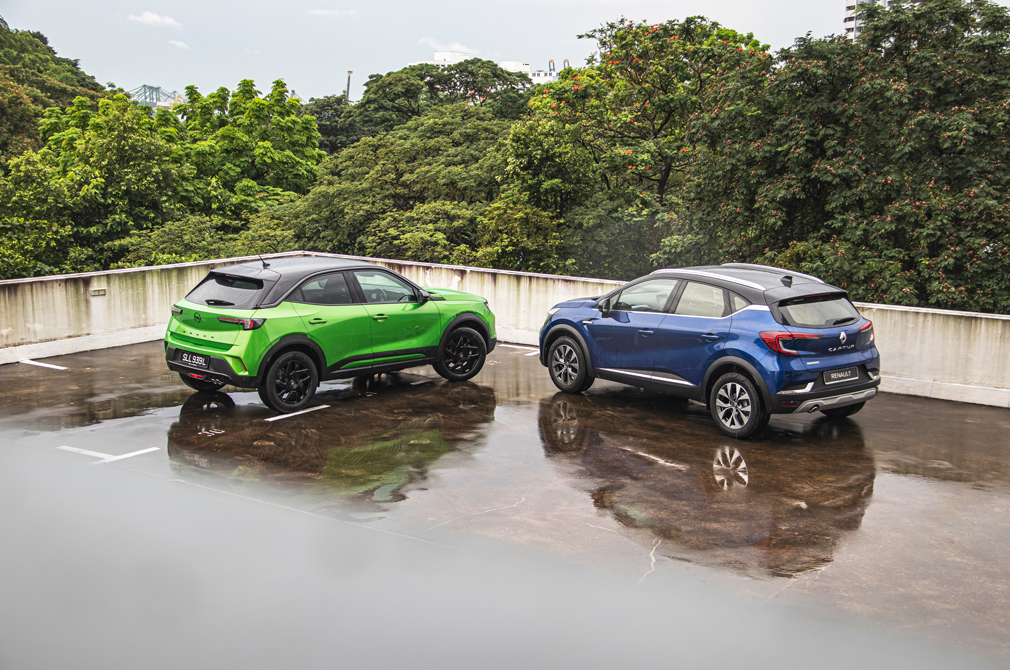 This story was first published on sgCarMart.