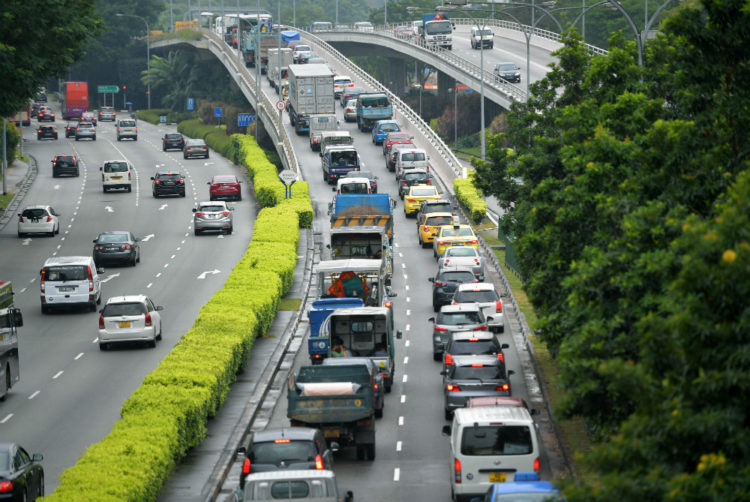 The plan to reduce the growth rate of the car and motorcycle populations to zero from February 2018 is not expected to significantly impact the Certificate of Entitlement (COE) supply and its prices, said Senior Minister of State for Transport Lam Pin Min on Monday (Nov 6) in Parliament.

Besides the allowable vehicle growth rate, COE quota is calculated based on factors such as the number of vehicles that are scrapped and adjustments to account for past over-projections, among other considerations.

Dr Lam said the quota, which is revised on a quarterly basis, is largely determined by the number of vehicles that are scrapped or de-registered.

MP Saktiandi Supaat (Bishan-Toa Payoh GRC) had asked about the impact of the move to reduce growth rate to zero, including whether the public transport system can handle the increased passenger load.

Dr Lam said the Government has made heavy investments to beef up bus and train services, and will continue to do so.

Eighty new bus routes and 1000 new buses will be added to the roads by the end of this year, Dr Lam said, through the Bus Service Enhancement Programme which started in 2012, and subsequently the Bus Contracting Model, which took effect last year.

“There will be less need to own a car,” he added.

Last month, the Government announced that the growth rate for three COE categories will be reduced from the current 0.25 percent annually to zero, with effect from February 2018.

These are for categories A and B, which are used to purchase small and large cars respectively, and for category D for motorcycles.

During Monday’s sitting, MP Desmond Choo also asked how the Government will ensure that the changes in the vehicle population growth rates do not adversely impact e-commerce businesses.

Dr Lam said the Government has maintained the existing 0.25 per cent growth rate for commercial vehicles. This will last till the first quarter of 2021.

“This is to provide businesses with more time to improve the efficiency of their operations,” he said.