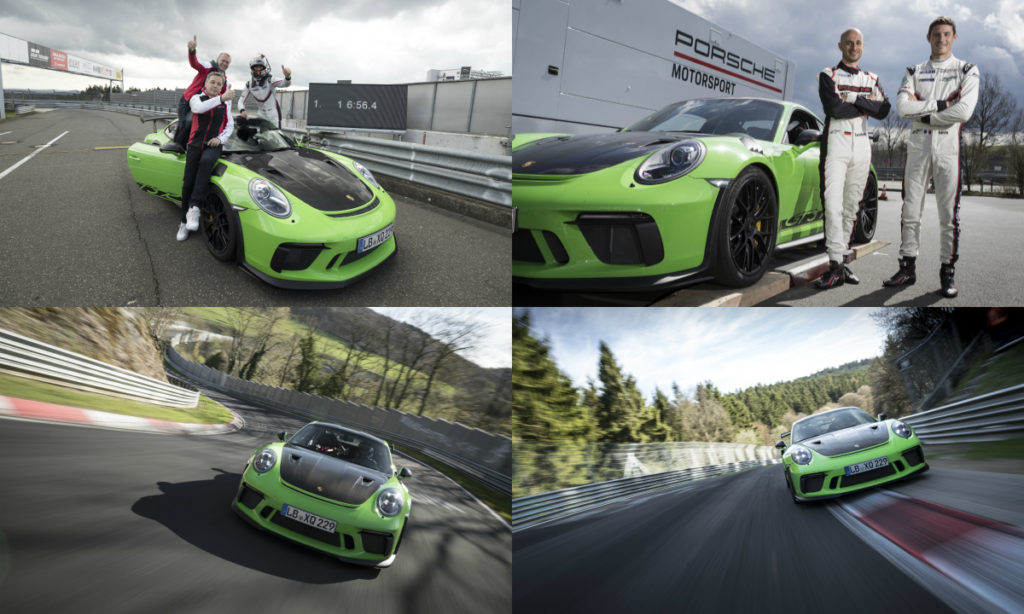 On 16 April 2018, the Porsche 911 GT3 RS set another benchmark for road-approved sports cars at the Nürburgring-Nordschleife circuit in Germany.

Following the 918 Spyder and the 911 GT2 RS, the new GT3 RS is the third production Porsche sports car with a notarised lap time of less than seven minutes on the world’s most demanding racetrack, known as the ‘Green Hell’. As is customary for record drives, the time was measured around the 20.6-kilometre lap.

At the Nürburgring, the 911 GT3 RS was equipped with the latest generation of Michelin Pilot Sport tyres. Optimised especially for track-day use, the Pilot Sport Cup 2 R is fully compliant with relevant EU and US laws. The tyre (265/35 R20 front and 325/30 R21 rear) can be ordered at every Porsche Centre and selected dealers or tyre fitters. Its approved fitments include 911 GT3 RS and 911 GT2 RS.

“This lap was a sensational experience for me”, he revealed afterwards. “Through the fast corners and on the brakes in particular, the GT3 RS is unbelievably close to our racing car GT3 R. This is also thanks to the new generation of tyres for roadgoing sports cars. I like the engine of the GT3 RS a lot. Up to 9000 revs per minute from a 6-cylinder engine just feels fantastic. The sound is a dream and the torque is massive.”

Andreas Preuninger, Director GT Model Line, added; “All four lap times of both drivers were below seven minutes and only tenths of a second apart. This proves not only the outstanding power of the GT3 RS, but also its extraordinary driveability at the limit. A perfectly composed overall system allows for highly dynamic performance even with a relatively modest engine power. For a driver, each of the car’s thousands of parts have to feel like one – that’s an unbeatable strength of the GT3 RS. And what especially delights me is how much fun Lars and Kévin had when driving that car.”

The 911 GT3 RS with motorsport-bred chassis and 520hp 4-litre, high-speed naturally aspirated engine had its world premiere at the Geneva Motor Show in March this year. The high-performance sports car accelerates from 0 to 100 km/h in 3.2 seconds, reaching a top speed of 312km/h.

Prices for the new 911 GT3 RS start at $819,688 in Singapore, including country-specific equipment and excluding COE. 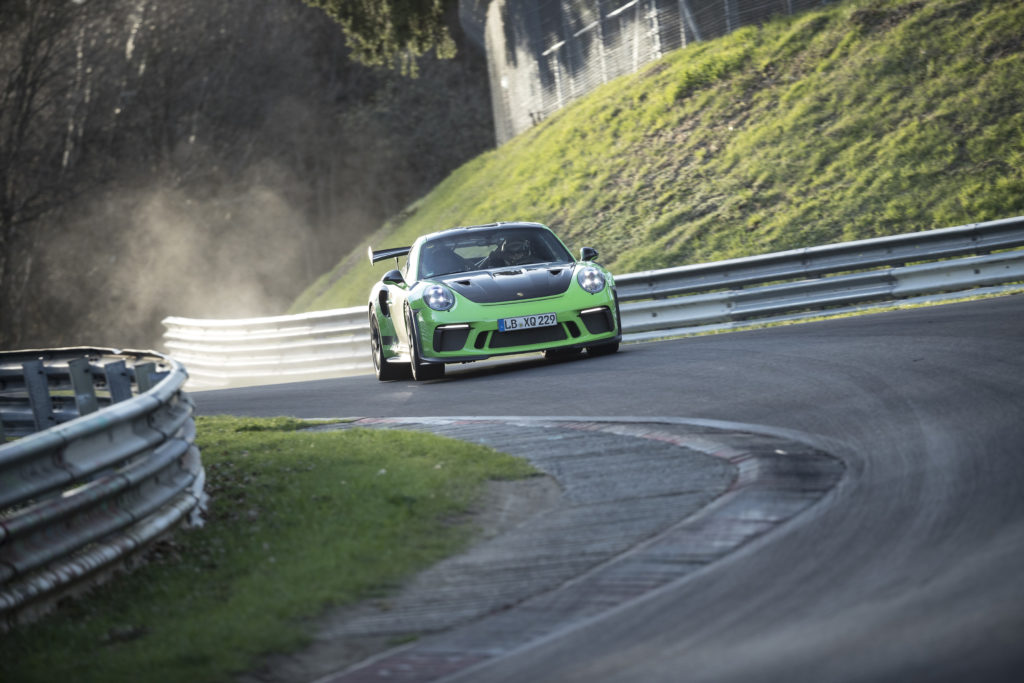 Read about the Nurburgring lap record set by the Porsche 911 GT3.

Read about a Singaporean boyracer’s virgin drive on the Nurburgring.