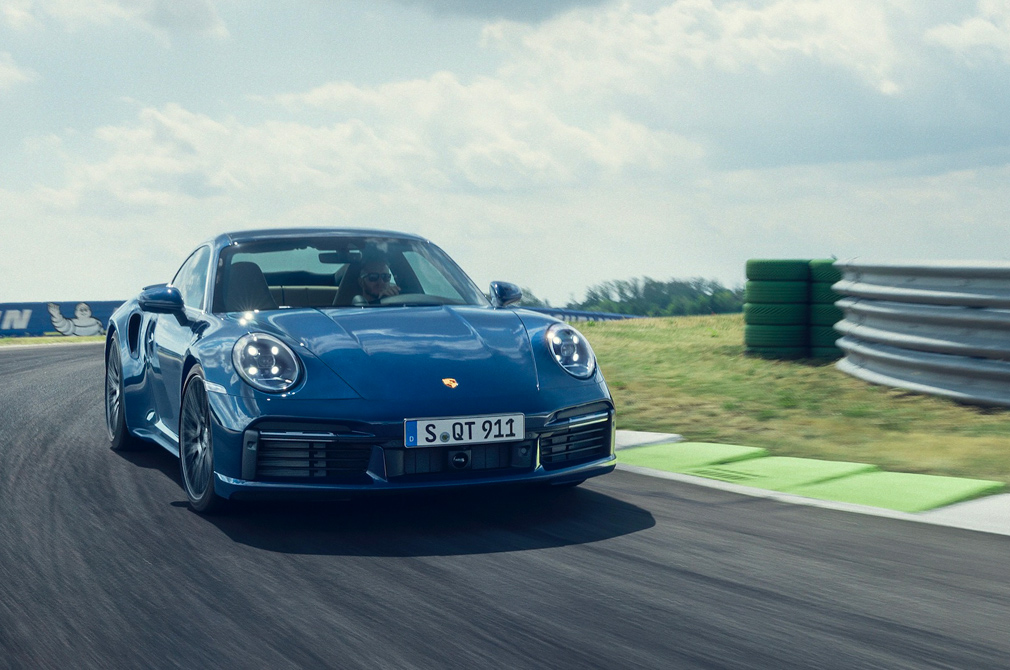 Following the market launch of the 911 Turbo S, the next generation Porsche 911 Turbo Coupe and Cabriolet have now been introduced.

MORE POWER FOR THE NEW 911 TURBO

Both variants clock 0-100km/h in just 2.8 seconds, thanks to their flat-6 engines producing 573bhp, or 40bhp more than their predecessors. Meanwhile, the 750Nm of torque, now without an overboost time limit, makes quick sprints even more spontaneous and effortless.

Transmission duties are performed by an 8-speed PDK (dual-clutch) gearbox with a Turbo-specific set-up. The top speed remains unchanged at 320km/h. 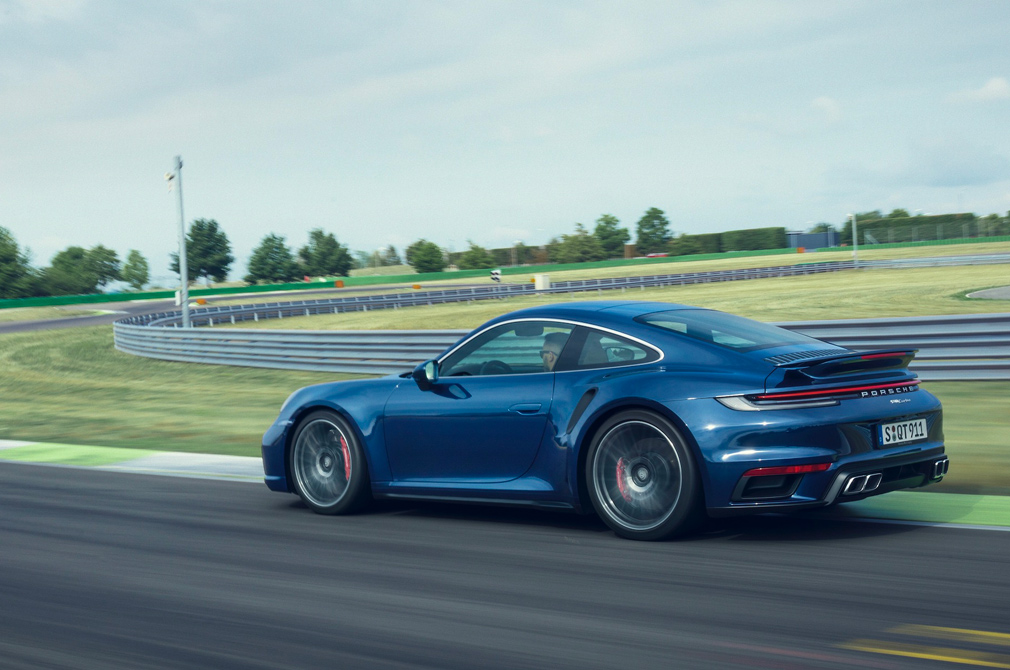 Porsche is also making options such as the Sports and Lightweight Design packages, sports chassis and sports exhaust system available for the 911 Turbo for the first time. The new Porsche 911 Turbo’s front and rear tracks are now 42mm and 10mm wider than before.

The new change allows the all-wheel control Porsche Traction Management to transfer even more power to the front wheels. Traction is also enhanced at the actively steered rear axle, thanks to the 10mm-wider track and 315/30 tyres on 21-inch wheels.

The grey cast iron brake discs at the front now measure 408mm in diameter (28mm wider than before) and are 36mm thick (two millimetres more). The rear axle features 30 mm-thick brake discs with a diameter of 380 mm. Red fixed callipers are now standard. 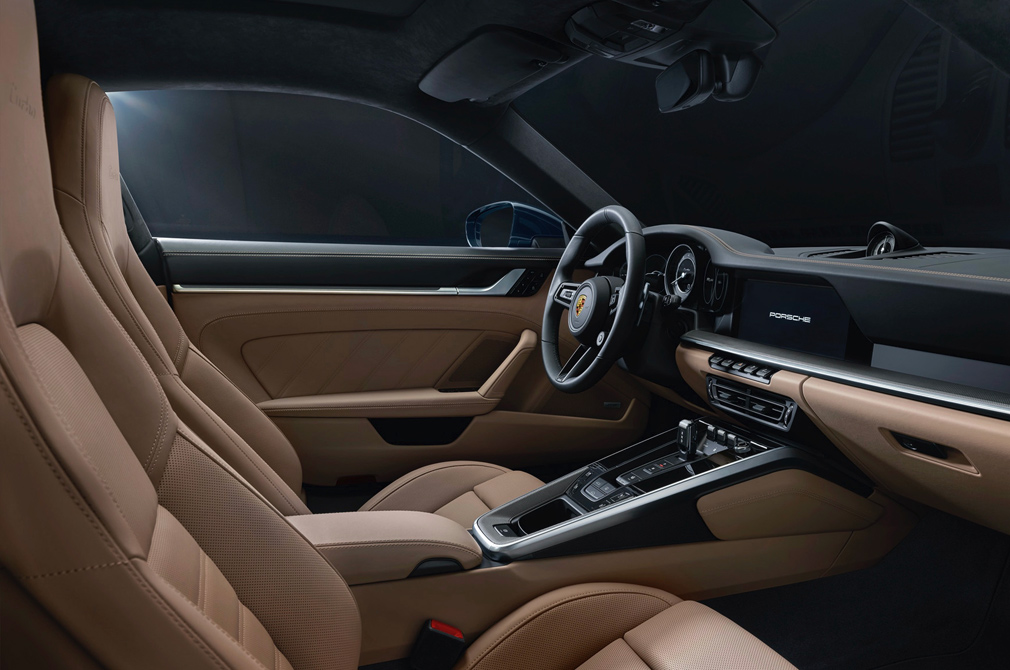 The Lightweight Design package for the 911 Turbo Coupe reduces vehicle weight by 30kg. This is made possible by use of lightweight full-bucket front seats, the omission of the rear seats and less insulation. The latter lets drivers enjoy the sound of the engine even more directly. 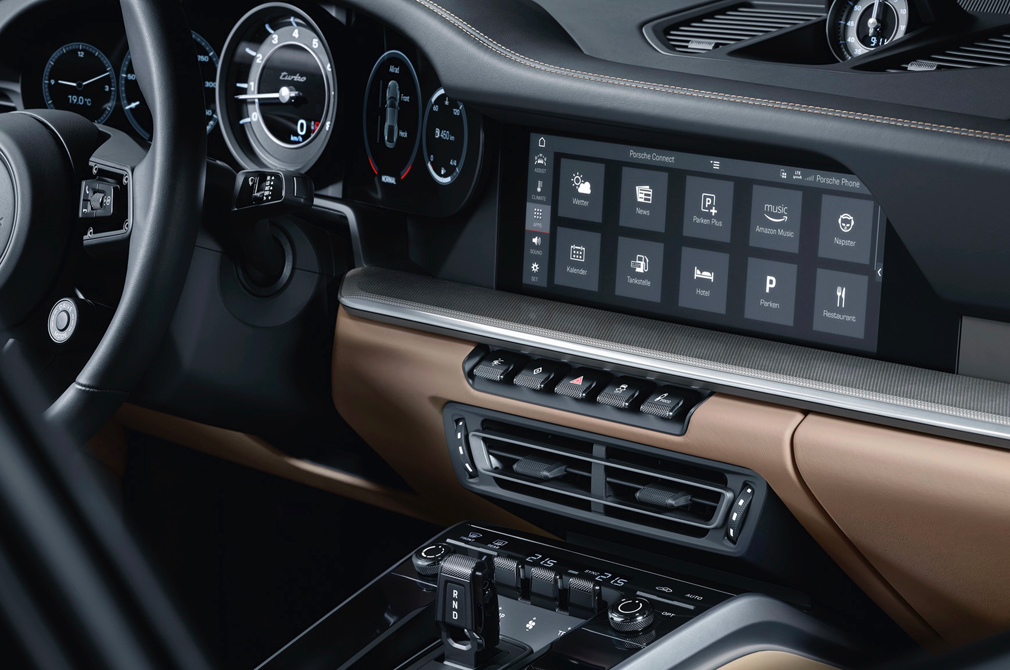 The centre screen of the Porsche Communication Management is now 10.9-inches as seen in the 911 Carrera.

New electronically controlled cooling air flaps at the front, LED headlights with PDLS Plus, a larger active front spoiler and a significantly larger variable rear spoiler round off the exterior changes to the new Porsche 911 Turbo.