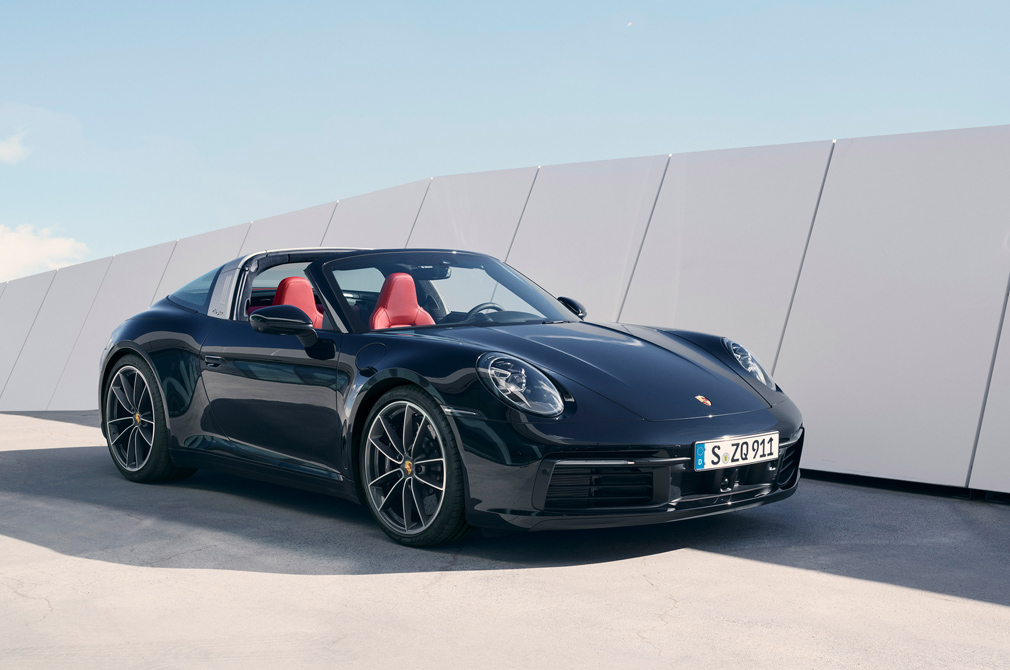 Porsche has unveiled the new all-wheel-drive 911 Targa 4 and 911 Targa 4S, offering a third bodystyle for those lucky enough to be shopping for a new 911.

The new models mirror the original 1965 Porsche 911 Targa. They have a fully automatic roof system, the characteristic wide roll hoop, a movable roof section above the front seats, and a wraparound rear window.

The roof can be opened and closed in just 19 seconds.

The Porsche 911 Targa models are powered by a twin-turbocharged 3-litre flat-6. The 911 Targa 4 delivers 380hp and 450Nm of torque. When paired with the optional Sport Chrono Package, the 911 Targa 4 accelerates from zero to 100km/h in just 4.2 seconds – a tenth of a second faster than before. 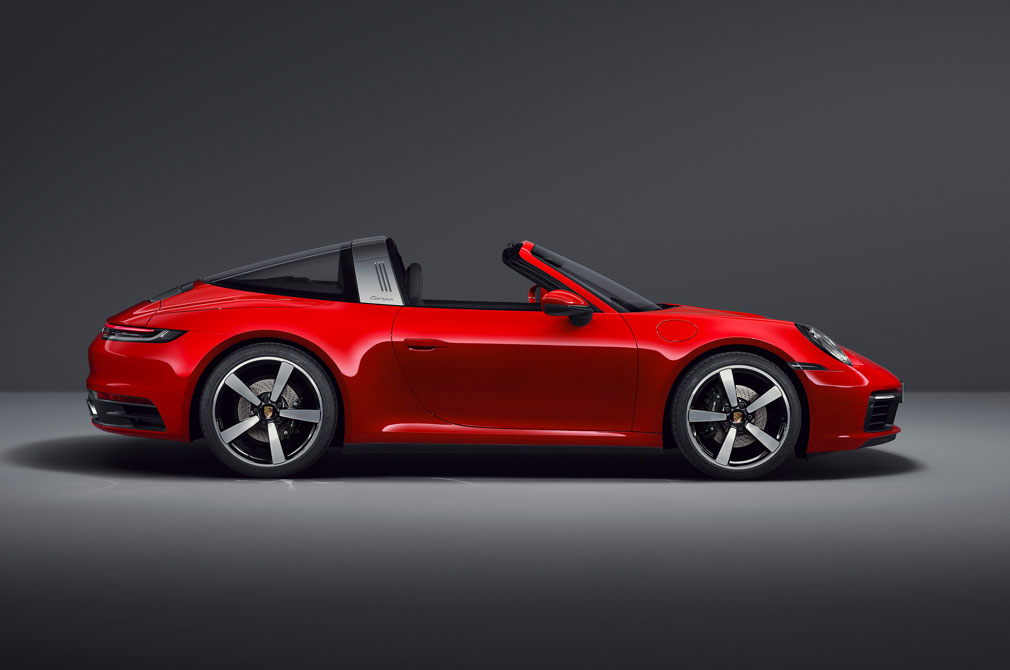 The 911 Targa 4 has a maximum velocity of 289km/h, while the 4S peaks at 304km/h. Both sports cars are fitted with an 8-speed dual-clutch transmission and all-wheel-drive. Porsche Traction Management is also standard.

Alternately, the 911 Targa 4S can be ordered with the newly developed 7-speed manual gearbox, with which the Sport Chrono package is included. 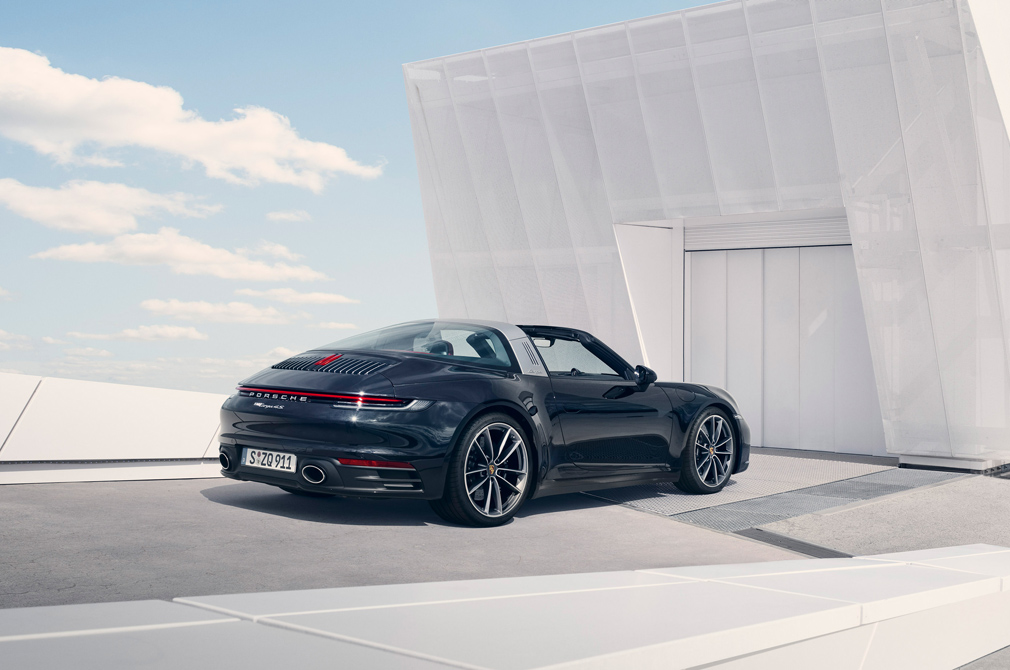 Stopping the Targa 4 are 330mm brake discs with black four-piston monobloc fixed calipers. The Targa 4S features red-painted brake callipers with six pistons up front and four at the rear, and 350mm brake discs all round.

The Porsche Ceramic Composite Brake can be ordered as an option.

Inside, the 911 Targa models are characterised by the clear and straight lines of its dashboard and recessed instruments. Alongside the central rev counter, two thin frameless displays extend the information provided to the driver.

The standard Porsche Communication Management include online navigation based on swarm data, as well as Connect Plus with Apple CarPlay for smartphone integration. A central rev counter and a pair of thin frameless displays feature in the cabin of the Targa models.

For the first time, Porsche InnoDrive, which includes adaptive cruise control, is available. Thanks to the enhanced Smartlift function, the ground clearance of both cars can also be raised for everyday use.

The list of options is supplemented by an extensive range from Porsche Tequipment and new personalisation options from Porsche Exclusive Manufaktur.

Porsche will further extend the combination of traditional style elements, timeless design and cutting-edge technology in a special edition of the 911 Targa, which will make its debut in June. 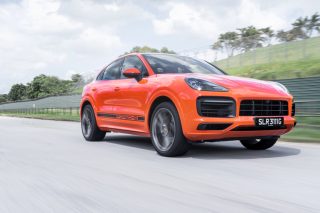