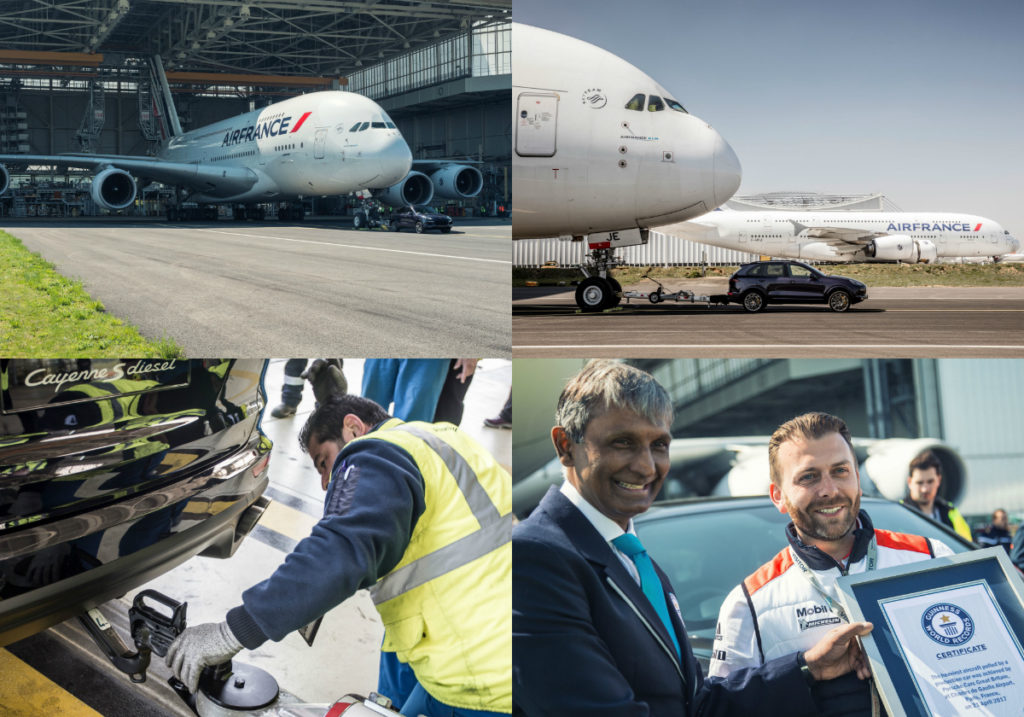 The Cayenne, driven by Porsche GB technician Richard Payne, towed the aircraft over a distance of 42 metres at Paris Charles de Gaulle Airport, to set a new Guinness World Records title for “Heaviest aircraft pull by a production car”, by a margin of 115 tonnes.

Air France devoted its state-of-the-art engineering hangar and one of its fleet of 10 A380 aircraft to the project. The 60,000 sq m hangar, which is large enough to house over 3000 examples of the Cayenne (or one very big aircraft), was designed specifically to house the Air France Airbus A380 and is usually home to all the engineering and maintenance activity for the Air France fleet.

The contrast between the two machines was striking. The Porsche Cayenne (measuring 4.8 metres in length) was connected to the largest and most sophisticated airliner in the world, the Airbus A380 (73 metres in length), via a special towing attachment that sat on the Cayenne’s standard tow bar.

The Guinness World Records title was set by a 4134cc V8 Cayenne S Diesel, producing 385bhp of power and 850Nm of torque. In accordance with the rules applied by Guinness World Records, the test was overseen by independent engineers from UTAC CERAM. After the record was set, performance testing and scrutiny of every major component and electronic system on the vehicle was carried out in order to provide certification that the car was to production standard. 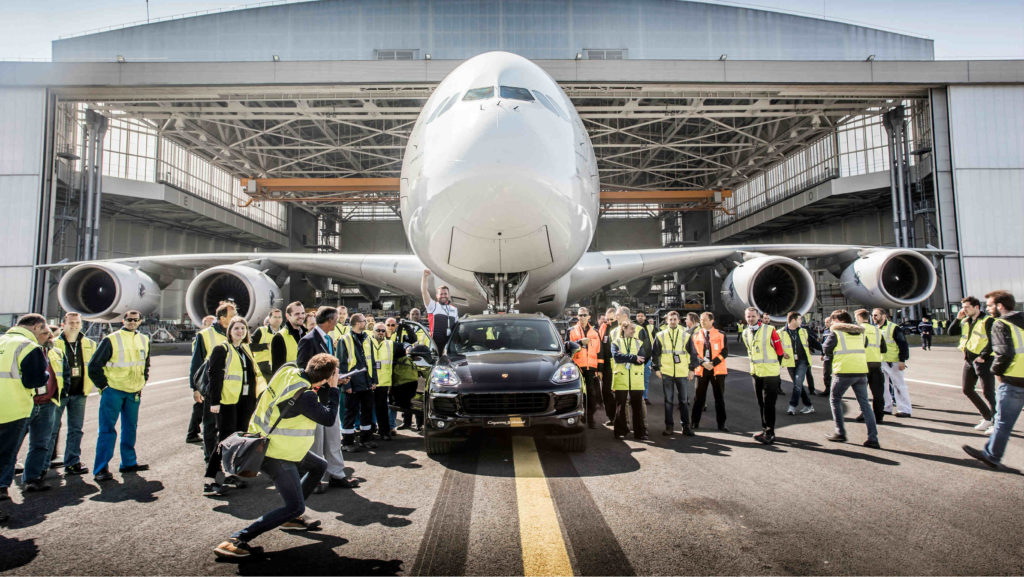 Read our 2016 review of the Porsche Cayenne GTS, a sports car disguised as a sports utility vehicle.