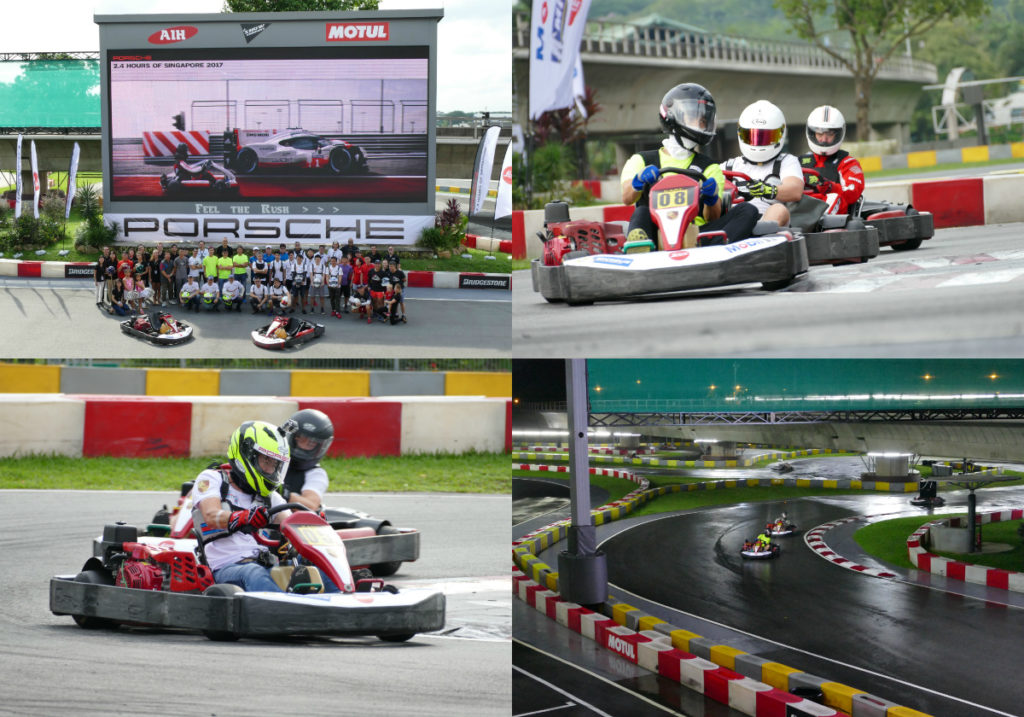 The 24 Hours of Le Mans is undoubtedly one of the most iconic endurance races in motorsports history. For the third consecutive year, Porsche further cemented its place in history by securing its 19th overall victory at this year’s 24 Hours of Le Mans.

To celebrate Porsche’s immense history and achievements in motorsports, Porsche Singapore held the second edition of the 2.4 Hours of Singapore Endurance Kart Race, along with official partners Michelin, ExxonMobil and photography partner Leica, for the second year running.

The 2.4 Hours of Singapore race format was aligned with the 24 Hours of Le Mans, to provide participating teams with the experience of competing in an endurance race. For this year’s edition, 12 teams consisting of Porsche customers and Singapore media competed in the race. As in the original format, three drivers per team rotated to drive a kart for 2.4 hours (2 hours and 24 minutes) around the KF1 Karting Circuit.

Away from the kart track, there were competitions in Porsche car simulators and slot-car challenges for the whole family to participate in. The hosts also provided complimentary massages as well as a Leica-sponsored lucky draw. The younger motorsport enthusiasts enjoyed the Lego play table, face-painting, hot dogs, ice cream and goody bags.

The 2.4 Hours of Singapore qualifying was filled with excitement as all the teams tried to secure the pole position for the race. The qualifying session was riveting right to the final moments as team ‘Friends of Porsche 1’ secured pole position in the final laps.

The main race saw great driving from all teams, despite temporary suspension due to the heavy rain. Once the race resumed, ‘Snamel Dream Team’, consisting of Ian Tang, Andy Lee and Cheong Chun Kin, replicated their winning formula to secure a hard-earned victory for the second year running with 71 laps.

Podium finishers of the 2.4 Hours of Singapore won prizes provided by Porsche Singapore, Michelin and ExxonMobil. The winning team also earned a spot in the Porsche Centre Singapore trophy room on the engraved trophy.

“The 2.4 Hour of Singapore represented more than just a race, it was a celebration of Porsche’s motorsports history and specifically, the history and success in the 24 Hours of Le Mans” said Dr Henrik Dreier, general manager – Singapore, Porsche Asia Pacific.

“We were delighted at the commitment shown by the teams, despite the rainy weather conditions, and the race was just as exciting as the 24 Hours of Le Mans. Also, it was great to see our 250 guests, including families, enjoy the races as well as the numerous activities. With Porsche Motorsports achieving their 19th overall victory and a successful event, the day was a celebration for all”. 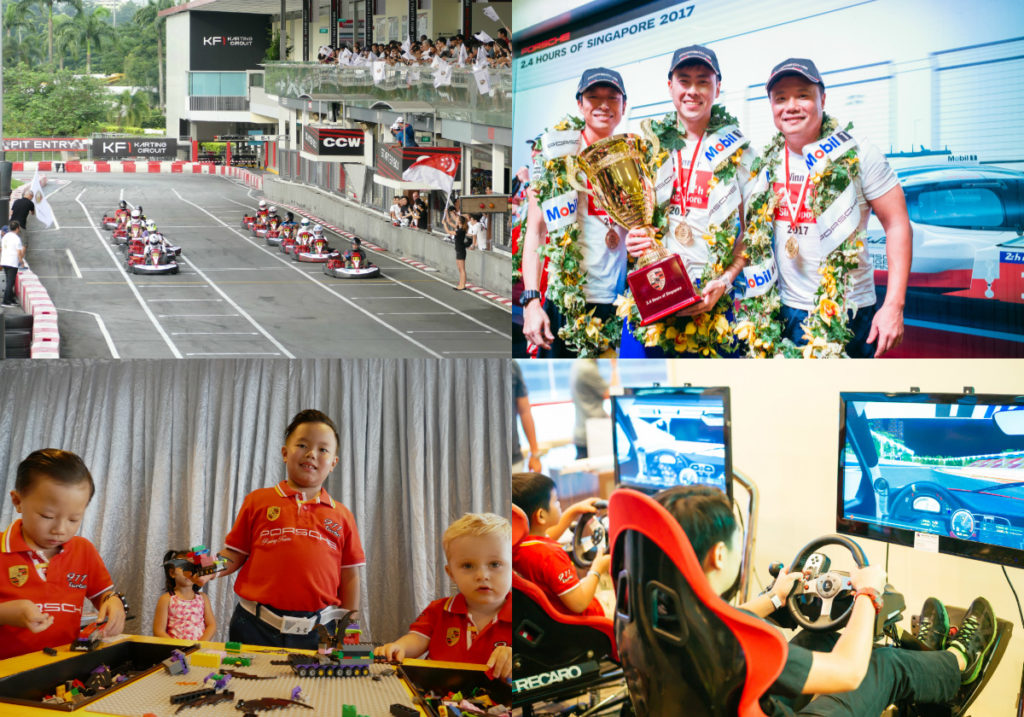 Karting is the key to grooming Singapore’s first F1 driver.