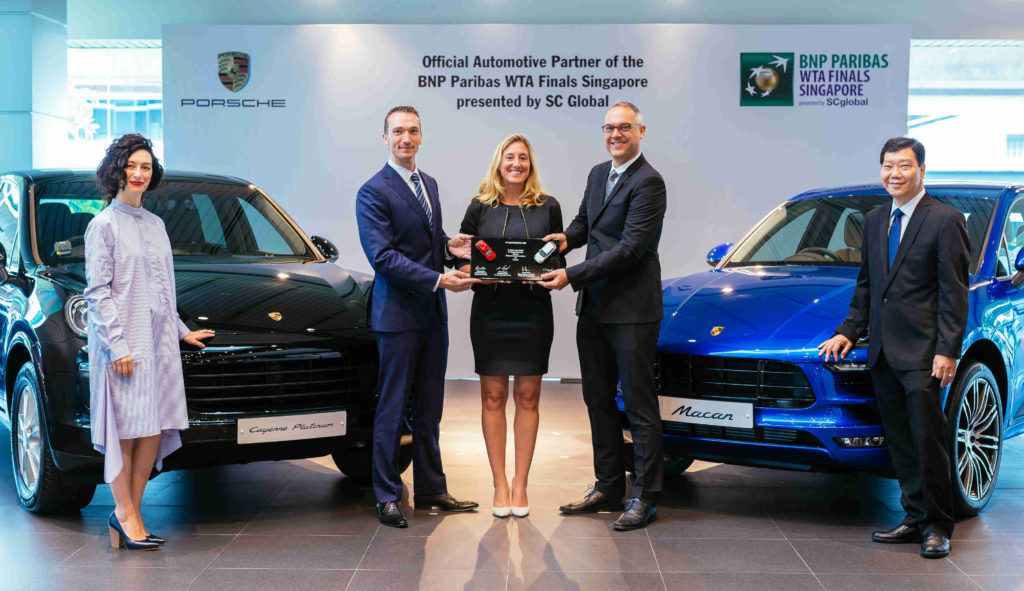 Porsche renewed and increased its commitment as the official automotive partner of the 2016 BNP Paribas WTA Finals Singapore presented by SC Global for the second consecutive year, with an impressive presentation of 40 Porsche event vehicles, following the success of the inaugural partnership last year.

This year, Porsche introduces the new Cayenne Platinum Edition in conjunction with the third edition of the WTA Finals in Singapore. This special edition Cayenne is an eye-catching display of power, speed, precision, and control – traits that truly represent the essence of women’s tennis.

The top eight women’s singles players and doubles teams coming to Singapore for the WTA Finals, along with games officials, will be chauffeured in either the Porsche Cayenne Platinum Edition or Porsche Macan, which combine to make up the fleet.

Porsche has been a long-time dedicated supporter of women’s tennis since 1978, when the brand first titled the Porsche Tennis Grand Prix, Europe’s oldest women’s indoor tournament.

With its continuous support towards international tennis stars like Porsche’s global brand ambassador Angelique Kerber, and as the official automotive partner of the WTA Finals here in Singapore, Porsche is steadfast in delivering on its commitment to bringing women’s professional tennis to greater heights both locally and globally.

Read about the Porsche Macan Turbo with Performance Package.

Read our review of the Porsche Cayenne GTS.