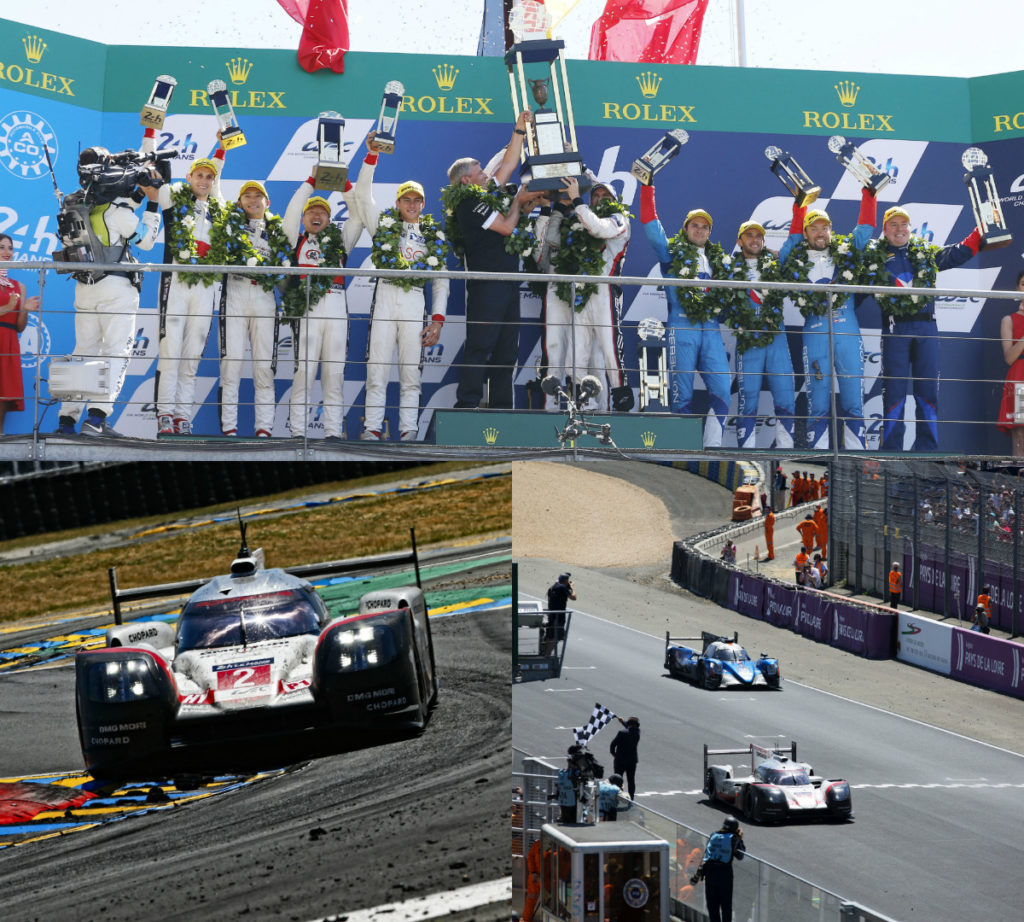 At 6:30pm on Saturday evening, the Le Mans 24 Hours looked to be over for the Porsche 919 Hybrid of Earl Bamber (New Zealand), Timo Bernhard (Germany) and Brendon Hartley (New Zealand). Their racecar had no front axle drive anymore, was repaired for over an hour and rejoined the race 18 laps behind.

But the 85th running of the endurance classic in Le Mans produced such dramatic changes that the impossible ultimately came true. After an enormous effort, the trio sliced through the field from 56th position to overall victory.

For Le Mans record holder Porsche, it is the 19th overall win in the world’s toughest race and the third in a row, meaning the German manufacturer can now keep the famous trophy.

For Earl Bamber, it is his second Le Mans overall win at the wheel of the Porsche 919 Hybrid after 2015. Timo Bernhard also scores his second Le Mans overall win, following on from his maiden win in 2010 when he was loaned to Audi, and he had dreamed to repeat it one day with Porsche. Brendon Hartley was arguably the hungriest in this year’s six Porsche LMP works driver squad, as his name had yet to be engraved onto the big trophy.

When the number 1 sister car stopped on track soon after 11am, having led the race for more than 10 hours, the time for the hunters arrived.

Hartley continuously improved during a multiple stint. After 312 laps, he came in for his final refuelling stop, then after 325 laps, he handed over the car in fourth position to Bernhard. At 12:50pm, the 919 Hybrid was back on the same lap as the leading car – race lap 330.

After all the LMP1 hybrid works cars had either retired or been delayed, an LMP2 was leading outright. After 338 laps, Bernhard came in for fuel, and on lap 347 he took the lead. His penultimate refuelling stop was after 351 laps, before a final splash-and-dash after 360 laps.

After 367 laps in total, Bernhard took the chequered flag at Le Mans to fulfil a dream. 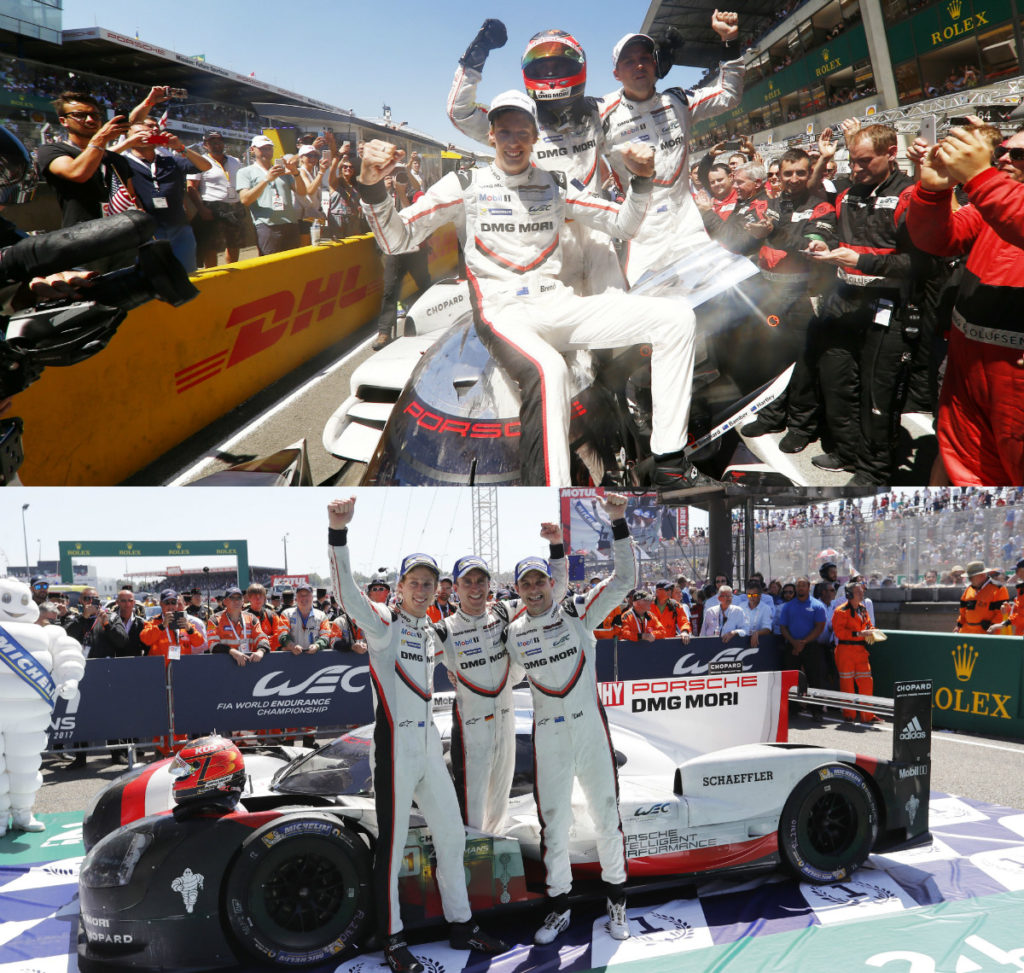