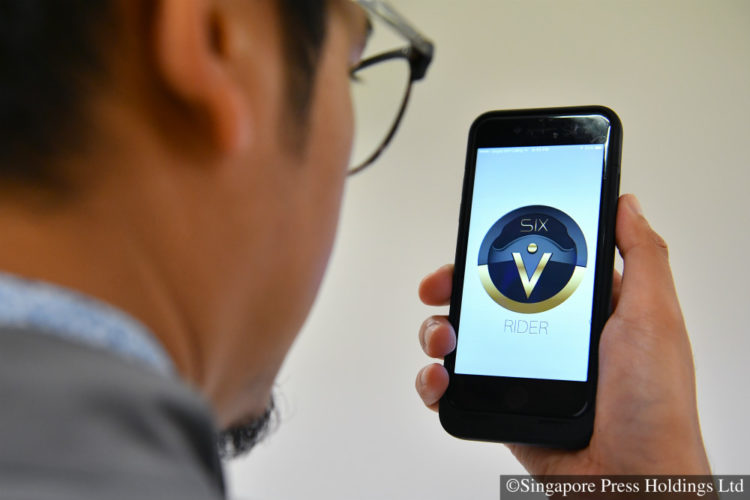 A new private-hire car service has made its debut here, joining the likes of Uber and Grab.

SixTNC, whose chief executive is Indonesian businessman Radius Wibowo, was launched at a ceremony at the Mandarin Orchard Singapore on Sunday.

However, questions have been raised about some of the claims made by the firm, among them that drivers can earn an annual six-figure income by driving just eight hours a day.

Speaking to The Straits Times, SixTNC managing director James Lee, who is also Indonesian, said that central to the firm’s business model is a referral scheme.

A driver who recommends another person to join the scheme will take a 5 percent cut of the latter’s earnings. Drivers will have to pay 20 percent of their earnings to SixTNC.

He did not say what would happen if there are not enough SixTNC commuters to support such a service, but said that commuters will also get to earn the 5 per cent cut if they recommend a driver.

Some have raised concerns about the viability of SixTNC’s plans.

Human resource consultant Martin Gabriel said he was sceptical of such claims and that people should be wary. He noted that taxi drivers do not earn a fixed income and it would be difficult for drivers to consistently hit $150 a day.

“I don’t think it would be possible to sustain that income,” said Mr Gabriel, adding that he believed the promises of a six-figure sum were being “dangled” to attract people.

Mr Lee said he started his company 10 months ago after he noticed that drivers here put in long working hours. “I have noticed a lot of Uber or Grab drivers work long hours for not a lot of money. We started this so that drivers need only work eight hours a day.”

There are about 100 SixTNC drivers on the roads here today, Mr Lee claimed. However, he was not able to verify the number of drivers or passengers who have used their service as the firm’s “control panel is not in Singapore”.

More than 1000 drivers – who he said are already driving with Uber or Grab and have applied for the Private Hire Car Driver’s Vocational Licence – have also indicated their interest.

Mr Lee said SixTNC’s operating model is based on a small United States-based ride-sharing firm, Six LLC, which has 5,000 drivers in the city of Houston, Texas.

He added that the US firm was known as MarVen, but it was forced to change its name after it received legal letters from the more successful ride-sharing app Maven, a service by auto giant General Motors.

SixTNC is reportedly working with taxi companies here to allow users to use its app to hail cabs alongside private-hire cars.

Mr Lee said the firm hopes to expand to other markets in the region, including Malaysia, in the next three months.