Repairs being carried out after a water pipe burst in Upper Serangoon Road last month. PUB manages a 5500km pipe network and checks on all pipes at least once a year.

The vast majority of pipe leaks in Singapore are due to issues such as wear and tear from age, and corrosion from high salinity in the soil.

The agency gave the breakdown of causes for pipe leaks, even as it sought to refute any suggestions that its maintenance regime could be found wanting.

Questions have arisen after a recent spate of at least five high-profile pipe leaks in two weeks, in areas such as Tampines, Bukit Batok and Serangoon.

In the Tampines leak on Nov 3, water supply was cut off at nearby shops, restaurants and the bus interchange for several hours, impacting businesses as well as commuters.

But the overall number of pipe leaks in Singapore has actually fallen, PUB said in response to queries from The Straits Times.

There are now six leaks per 100km of pipes a year, translating into 330 leaks annually.

This is down from 2003 to 2004, when there was an average of around 10 leaks per 100km, translating into around 550 leaks in a year. PUB was unable to provide more recent figures for comparison.

Citing an extensive pipe maintenance and replacement programme, PUB said that the rate of pipe leaks in Singapore “is among the lowest in the world”.

It manages a network of 5500km of pipes, of varying ages.

It said: “Despite these efforts, pipe leaks do happen due to wear and tear, damage by other works, soil settlement or localised corrosion arising from high water table or high salinity in the soil.”

Another reason, said engineering expert Gopinath Menon, is that pipes are laid under roads, and traffic loads could put pressure on them.

But, he added, “while it is possible that leaks occur once in a while when pipes get old, usually as long as they have been properly laid, the pipes should last a long time”.

In a statement, PUB said that it conducts checks on all pipes at least once a year.

“As part of proactive maintenance, PUB also conducts checks in leak-prone areas as well as the network along coastal areas two to three times a year.”

Given that pipes are usually laid underground, PUB uses acoustic technology to test for leaks. Data loggers are temporarily attached to pipe valves, where they will “pick up” sound from the pipes.

The data collected by the loggers is then analysed to check for any “increased noise” – which may be an indication that a leak has occurred.

PUB said that it has also installed more than 300 wireless sensors in the potable water supply pipelines islandwide.

These sensors monitor water pressure, among other things. A sudden sharp drop in water pressure could be an indication of a pipe leak, and a wireless notification would be sent out. This early detection allows for quicker intervention from the agency, it said.

The agency is also in the process of replacing older pipes. 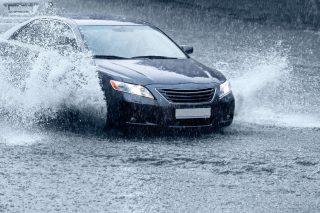