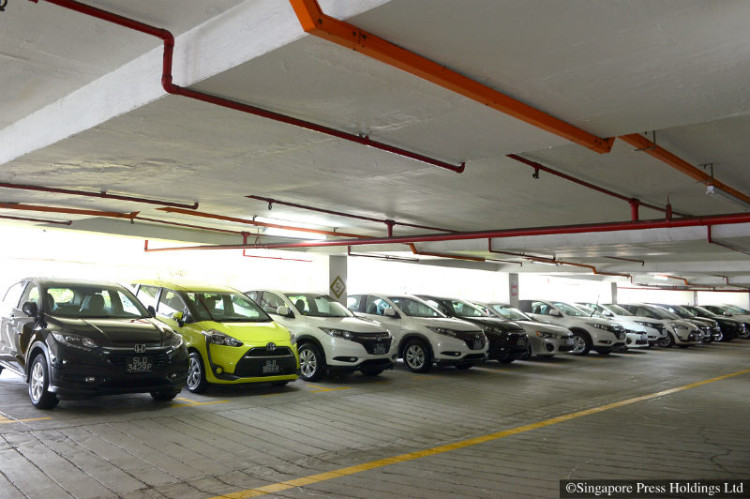 According to the latest available figures from the Land Transport Authority, there are now over 40,000 rental cars here – almost 40 per cent more than at the end of last year, and more than double the figure in 2014.

Compared with 2012, the year before Uber and Grab arrived, the rental fleet has grown by 173 per cent. Yet, the overall car population has shrunk by 3 percent.

Uber is said to account for nearly 15,000 of the fast-expanding cohort. Grab, through tie-ups with rental firms, accounts for around 10,000.

They make up a growing number of private-hire vehicles that are seen by commuters and policymakers as a viable alternative to taxis. The segment is now almost the size of the cab population of 28,000.

Cab firms have taken a “can’t fight them, join them” stance, with SMRT and Prime starting their own private-hire fleets.

Even Trans-Cab, a long bitter critic of the newcomers, has entered into an exclusive pact with Grab to use its ride-hailing app. “They do have a superior app. We’re doing this to give our cabbies more options,” said managing director Teo Kiang Ang.

He said the number of idle cabs in his yard has begun to shrink since the tie-up two weeks ago.

Taxi giant ComfortDelGro, too, is finalising a deal with British ride-hailing start-up Karhoo, which has an app allowing users to compare fares across ride service providers and is working with rental firms to launch private-hire fleets.

Car dealers are also jumping on the bandwagon. Multi-brand agent Cycle & Carriage and Toyota agent Borneo Motors – two of the largest dealerships here – are offering “Uber-style” financing aimed at car buyers who cannot afford or do not wish to go for a hire-purchase deal.

Buyers can drive away with a new car with a down payment of just 10 percent, and instalment payments over 10 years – versus 30 per cent and seven years for conventional hire-purchase deals.

“We see this as us giving consumers another option of owning a car,” said Cycle & Carriage senior manager Loh Shurn Lin, adding that the company expects the private-hire market to continue growing.

However, The Straits Times understands that the take-up rate for these new deals at both dealerships has been lacklustre. Reasons include higher interest rates and insurance premiums and buyers having to register a private-hire business.