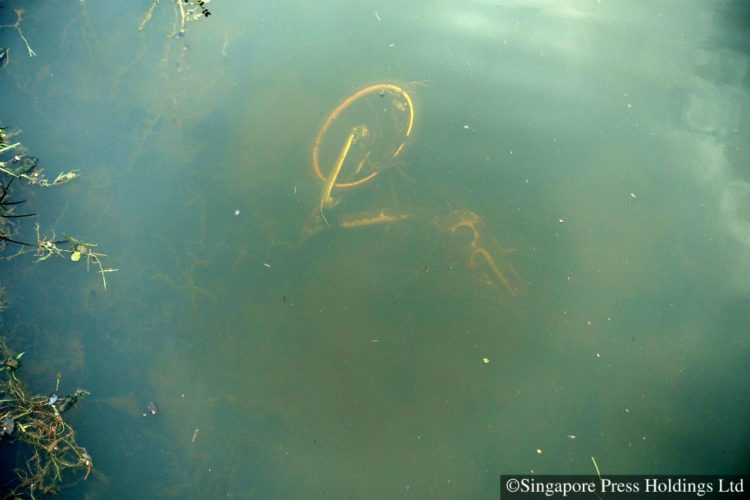 If not for the familiar bright yellow colour of its frame, you might think this mud-caked ofo bicycle spotted in a river in Springleaf Nature Park in Upper Thomson was somebody’s discarded junk.

It was put on the road to help people move around conveniently, but its wheels have ceased to turn and its yellow mud-caked body lies submerged in murky bluish-green water.

That is the fate of an ofo bicycle spotted in a river in Springleaf Nature Park (above).

Similarly, many of the bicycles from bicycle-sharing companies have surfaced in strange places – submerged in canals, thrown into drains, hidden in bushes and even covered in sand on beaches.

It was only a year ago – in January 2017 – that the bicycle-sharing scheme made its debut here, but its “foot soldiers” in bright colours such as yellow, orange and red have since become part of Singapore’s landscape.

Last October, the Land Transport Authority announced that it had signed an agreement with bicycle-sharing firms, the National Parks Board and all 16 town councils to encourage responsible use of shared bicycles in public spaces.

The agreement sets out guidelines to improve public safety and reduce the inconvenience caused by shared bicycles. Among other things, the firms have to take measures to prevent indiscriminate parking.