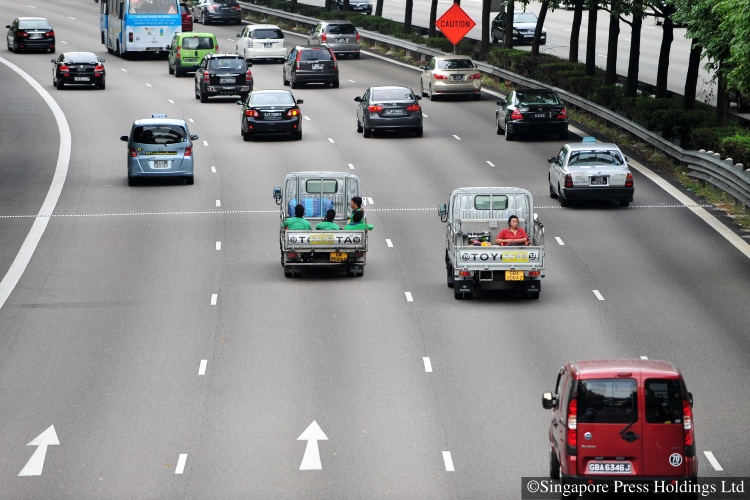 Traffic volume has fallen by an average of 60 percent since COVID-19 hit Singapore in January 2020.

The roads in Singapore are significantly more free-flowing and safer than before the COVID-19 pandemic, even if the percentage of speeding cases and breakdowns has climbed.

The Land Transport Authority said traffic volume has shrunk on average by 60 percent since the pandemic arrived in January, noting that reduction “varies across locations and time periods”.

As a probable consequence, accidents have also come down. The Traffic Police told The Straits Times that traffic accidents have fallen by “more than 40 percent” since the so-called “circuit breaker” measures kicked in on April 7.

This is also significant, given that each year, there are 7000 to 8000 accidents involving injury or death.

Non-injury accidents, which number around 160,000 a year, are collated by the General Insurance Association, and are not available quarterly.

However, a Traffic Police spokesman noted that the absolute number of speeding violations issued “has remained consistent as compared to pre-circuit breaker” period.

There were on average 15,000 speeding violations per month last year. Excluding public buses (which are unlikely to speed), average road trips had fallen from 201 million per month to 80.4 million after circuit breaker measures were put in place.

This translates to 187 violations per million trips – up from 75 previously. 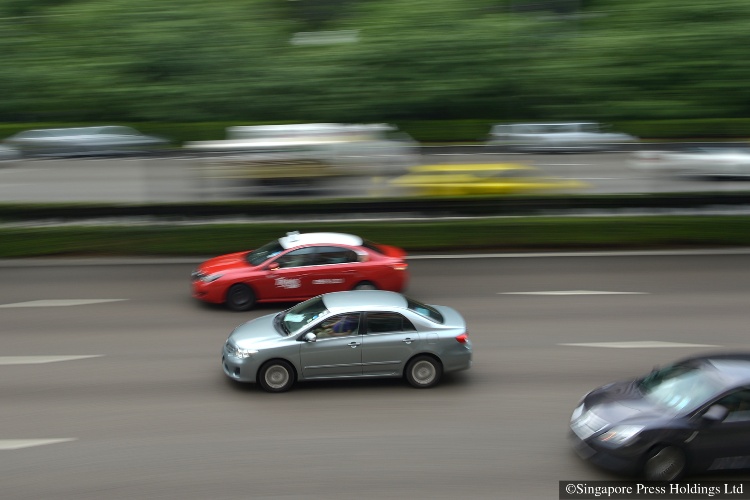 There are now 187 speeding violations per million trips, up from 75 before the circuit-breaker.

Singapore University of Social Sciences (SUSS) transport researcher Park Byung Joon said he was “somewhat surprised” that traffic volume had fallen by “only… 60 percent”, but other observers reckon a sizeable cohort of essential workers, and a surge in delivery services may have buffered the drop in trips.

Transport consultant Gopinath Menon pointed out that Singapore’s circuit breaker is unlike “complete lockdowns” instituted in several other cities.

“I am sure this is felt by all,” Mr Menon, a retired Land Transport Authority planner, said, adding that buses have also been “much less” crowded. “Many are running less than a quarter full.”

Meanwhile, the Automobile Association of Singapore (AAS) witnessed a 9 percent rise in roadside assistance cases in April compared with April 2019.

AAS chief executive Lee Wai Mun said the vast majority of cases (more than two-thirds of the 1600 or so) pertained to battery or electrical issues.

“Non-usage of cars, older cars, and more cameras installed in cars are contributing to this,” Mr Lee said.

With the circuit breaker, motorists often leave their vehicles unused for days to weeks on end. This causes the battery to drain continuously, without being recharged by the engine.

Experts recommend starting up a car at least once a week to prevent this from happening.

Retiree and former rally champ William Lyou, 71, said even without a security camera installed, a car battery is in “a constant discharge” because of its immobiliser (an anti-theft device) and the electronic road-pricing unit.

Mr Lyou reckoned that “driving is much safer” overall with the drop in traffic.

“The roads are suddenly wider, the air is definitely cleaner – which is also good for the environment,” he said.

Car maintenance: 5 tasks you can perform alone
Can you appeal a speeding summons?