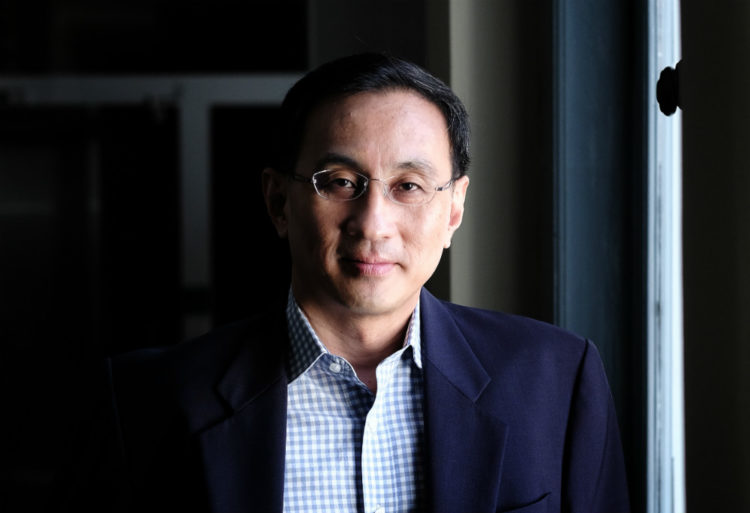 SMRT group chief executive Desmond Kuek, in an e-mail to staff on Wednesday (Nov 8), called on them to take the lessons from the recent tunnel flooding incident seriously, and to emerge “stronger and better”.

“This will be a crucial new beginning for SMRT if we commit ourselves to a culture of discipline and excellence in providing safe, reliable, commuter-focused public transport services that Singaporeans can be proud of,” he wrote in the circular titled “Resolve to Do What’s Right”.

In the e-mail, which The Straits Times obtained a copy of, Mr Kuek said that Nov 7, which marked the 30-year anniversary of MRT operations, should had been a celebration.

“Instead, we were awash in collective shame because a few of our staff had let us down. They did not do what they were entrusted to. Their supervisors assumed that nothing would go wrong just because it hadn’t gone wrong before,” he wrote.

On Oct 7, a storm water pit at Bishan overflowed, flooding the MRT tunnel there and rendering train services on a stretch of the North-South Line inoperable for about 20 hours till the next day, affecting 250,000 commuters.

Investigations later found that a team of six responsible for maintaining flood-prevention devices, from the Building and Facilities maintenance group, had falsified maintenance records.

Mr Kuek said without the values of integrity, ownership and responsibility, things can go horribly wrong.

“We have not lost if we learn,” he added. “It is not the mistake that defines a person or an organisation, but how we learn from it, rising to be stronger and better.”

Mr Kuek urged staff to resolve to do better in their work habits, attitudes and behaviour.

He called on them to step forward to address any mistakes.

“When you see or sense a wrongdoing, make it your duty to step forward to correct or report it. Encourage open communication with your fellow workers,” he wrote.

“Every day, we uphold trust and open reporting without fear of reprisal from our superiors. Managers and supervisors must be responsible for the performance of their teams. Every team must be accountable for the actions of each member.”

He added that the company was only as strong as its weakest link.

He said: “On this 30th anniversary, let us all, each and every one of us, resolve to do what’s right, wherever we are and whatever we are entrusted to do. Take responsibility, walk the talk, own the outcome.”

Political observer Eugene Tan said Mr Kuek’s message was “timely and needed”, given that morale in SMRT is likely at an all-time low, following the public outcry and criticism.

“The management led by Mr Kuek will have to walk the talk even more as they deal with the systemic and structural issues accumulated over the years,” said the Singapore Management University law don.

Mr William Thien, a principal consultant at EON Consulting and Training, said Mr Kuek’s e-mail attempted to “lift the spirits of the honest and hardworking”, while urging others to also do the right thing.

“How effective will it be? Leadership at all levels must lead by example, on the principles, values and behaviour called for in the e-mail,” he added.

Meanwhile, on its Facebook page, SMRT posted pictures of a meeting between Mr Seah and SMRT Trains staff, during an unscheduled visit to Ang Mo Kio station on Wednesday afternoon.

SMRT said that Mr Seah intends to meet staff regularly so he can hear about their work, and would like the senior management team to follow suit.

According to SMRT, Mr Seah told staff that the company would continue to “instil a strong sense of accountability, duty and ownership in staff”.

“Learning from this incident, we will improve the auditing and supervision of Building & Facilities maintenance works,” he was quoted as saying.