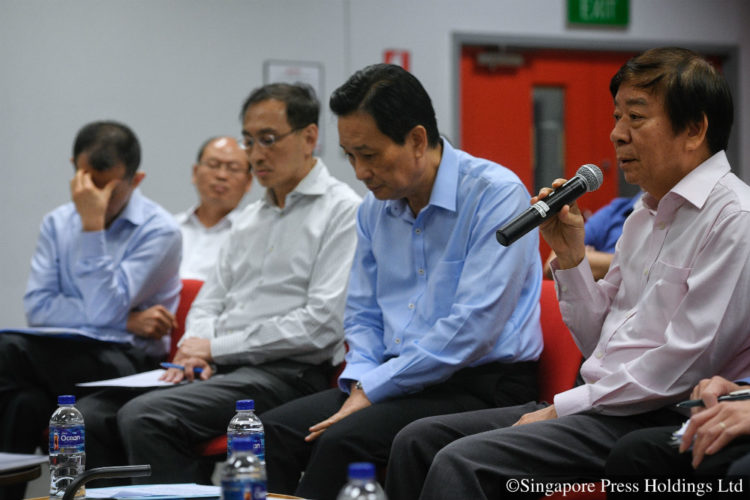 Mr Seah said that it was a maintenance lapse which led to a flood in the tunnel between Bishan and Braddell MRT stations, rendering services along a stretch of the North-South Line inoperable for 20 hours.

SMRT has already removed and redeployed senior executive, Mr Ng Tek Poo, who was in charge of maintenance and systems as a result of the incident.

In a press conference to address the disruption on Oct 7 and Oct 8, SMRT group chief executive Desmond Kuek said Mr Ng was removed so that an investigation into the team’s entire workflow, processes and culture could be done in a more open and transparent way.

“It may not end up as one person. There will be a whole process of disciplinary proceedings and investigations that we will have to allow to take its proper course,” Mr Kuek added.

Apologising to commuters for the disruption, Mr Kuek said that since the massive MRT breakdowns in December 2011, SMRT has “gone into overdrive” to address maintenance issues arising from age-related serviceability issues.

This included beefing up the SMRT Trains team by increasing staff strength from 3500 to 5300 currently. The number of engineers has tripled to nearly 500 now, Mr Kuek added. Performance incentives were also tied to a basket of measures, of which safety and reliability was given the “greatest weight”, he said.

Mr Kuek said that there has been much criticism about the rail operator’s work culture.

“Indeed, many of our major disruptions in the past have been attributed in some part, or all, to human error or failure. We regret that this is so,” he said.

While much progress has been made to inculcate a positive work culture in SMRT, there remain some “deep-seated cultural issues” within the company that has needed more time than anticipated to root-out, he added.

But Mr Kuek said that it would be wrong to paint everyone in SMRT with the “same brush”.

“Nine in 10 of our people are incredibly committed, professional and commuter-focused. They are Singaporeans too, with family members and friends who commute, and work hard under challenging conditions to deliver the best possible public transport service for all our commuters,” Mr Kuek said.

Related story: North-South Line flooding was preventable, SMRT team failed us: Khaw Boon Wan
Related story: SMRT, LTA have to get to the root of the problem