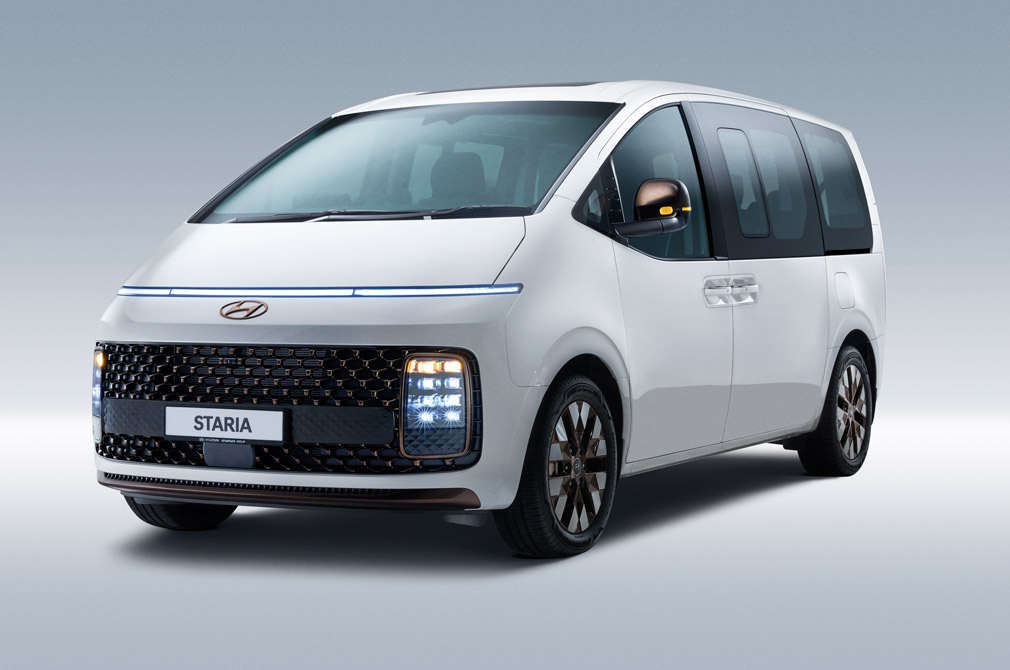 It’s neither a bird nor a plane, but wherever this MPV goes, people are going to point and stare at its alien-like presence.

The Hyundai Staria is the Korean carmaker’s latest multi-purpose vehicle, but many will assume that it is a spaceship. No other MPV in recent memory, with the exception of the Renault Avantime, has had such an otherworldly design.

The Staria’s styling is a result of Hyundai’s “inside-out” approach, which aims to address consumers’ needs for space. Therefore, the design process began with the interior before moving to the exterior.

The Staria’s silhouette is defined by a single curve, supposedly inspired by the halo that illuminates the horizon during sunrise. 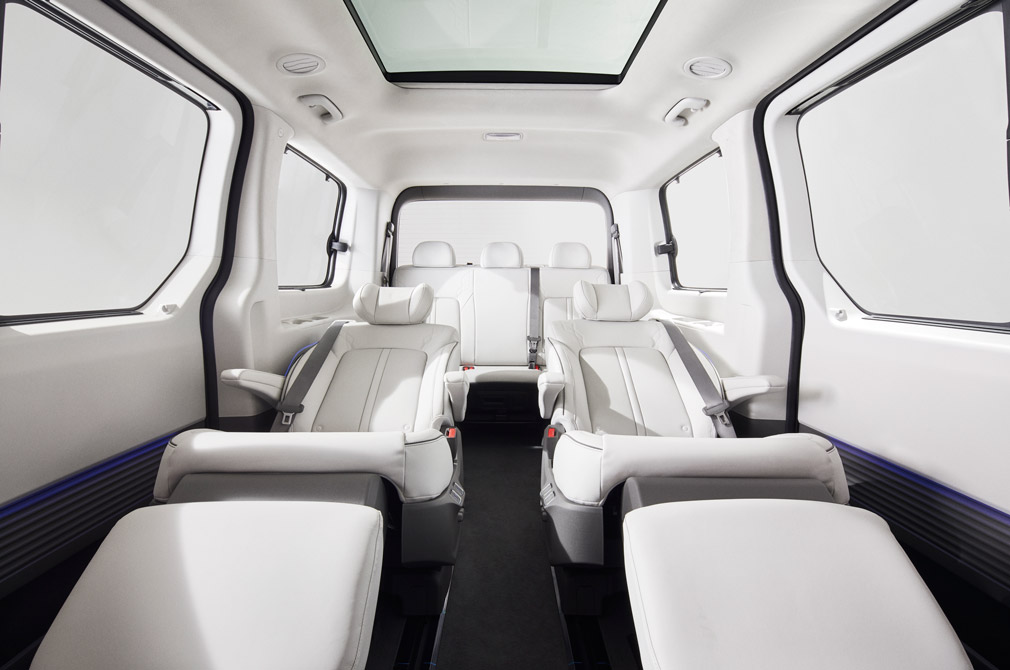 Its front end features a row of daytime running lights and positioning lamp, while the headlights are set below the grille, which stretches from one side to the other.

The same body colour is used for all front components to “maximise the vehicle’s modern and pure style”. Meanwhile, the rear end has been kept relatively simple, with vertical tail lamps and a wide rear window.

The Staria’s glass area is relatively expansive, which guarantees generous outward visibility for all occupants.

This MPV boasts sizable dimensions. At 5253mm long, 1997mm wide and 1990mm tall, its physical size is also hard to miss. Its 3273mm wheelbase hints at the available interior space, which Hyundai says is enough for “a school-going child to stand up and move with ease.” 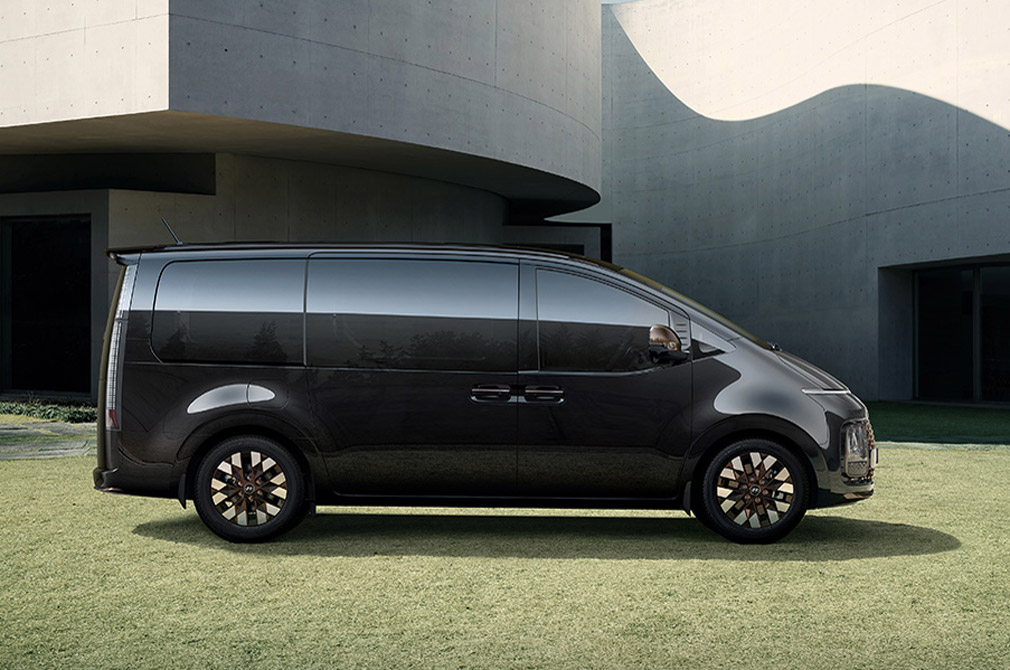 Hyundai claims that the Staria has a cruise-ship inspired interior, with a simple layout that provides more space and flexibility for everyone.

The 10.25-inch digital instrument panel, for instance, is placed on top of the dashboard to make it easier to view. A button-type gearshift selector helps save space, while the glove compartment has been moved forward to free up legroom.

The second-row seats are electronically adjustable. A one-touch relaxation mode reclines the seats, putting them at an angle similar to a business class seat on an aircraft. 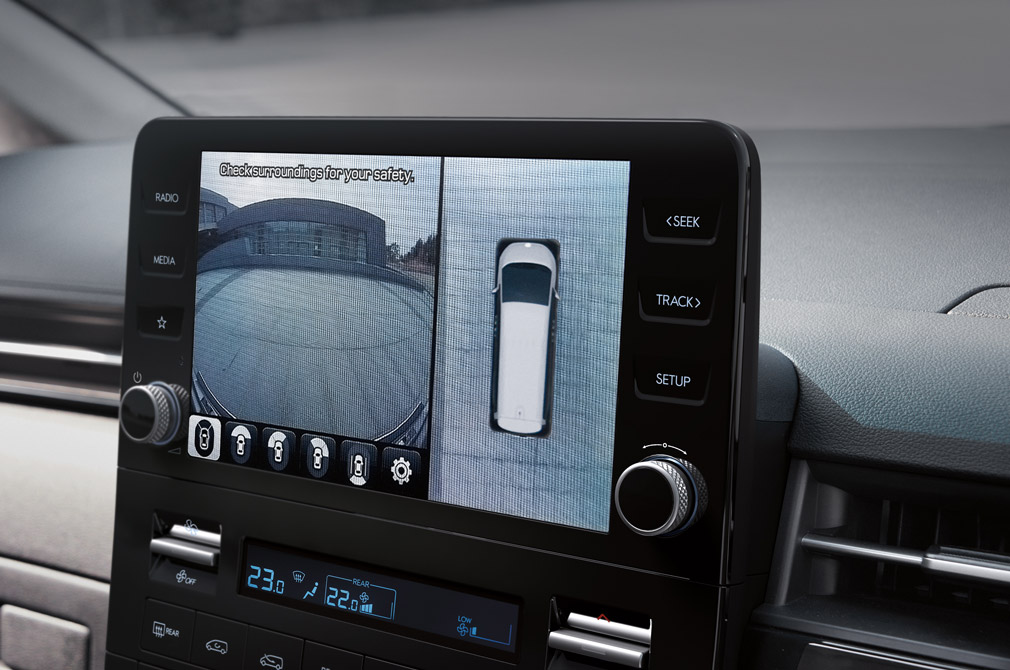 A 64-colour mood lighting function is standard, along with a raft of safety features that include Blind-Spot Collision-Avoidance Assist, Rear Occupant Alert, six airbags and three-point seatbelts for all occupants.

Combined consumption is 9km/L, and the car is subject to a $25k VES surcharge. 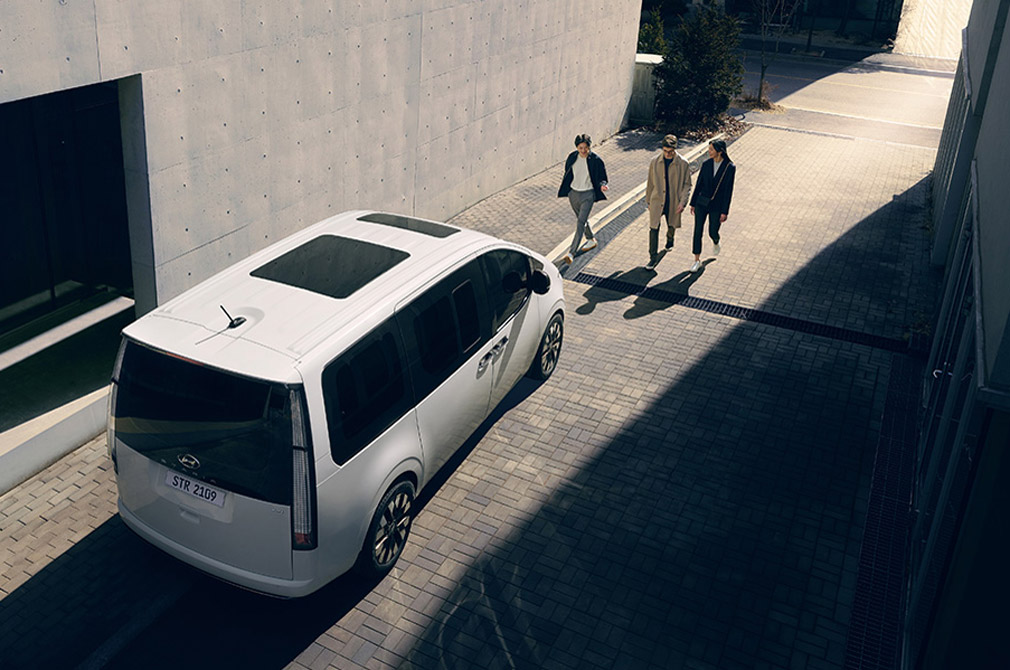