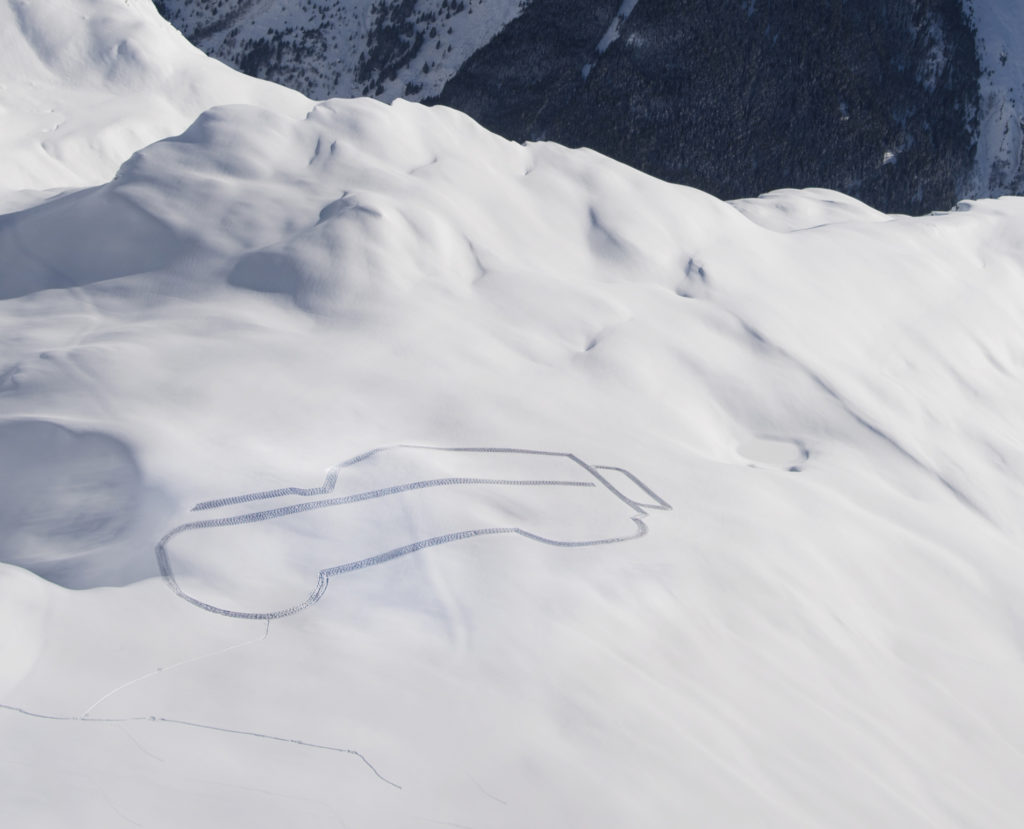 After 70 years of all-terrain adventures and global expeditions, Land Rover has once again taken the Defender to new heights.

Stretching over 250 metres, the spectacular Defender outline was imprinted on the side of a mountain in the French Alps. The one-off snow art was created to announce World Land Rover Day on 30 April 2018, exactly 70 years since the original Land Rover was first shown to the world at the 1948 Amsterdam Motor Show.

The unique image is a tribute to the moment when the engineering director of Rover, Maurice Wilks, first sketched the shape for the original Land Rover in the sand of Red Wharf Bay and proposed the idea to his brother Spencer, Rover’s managing director.

The forward-thinking design was eventually christened the “Land Rover”; the outline of which we now recognise as the Defender. Those first sand sketches went on to create one of the most iconic vehicles in the world and ultimately led to the creation of a company that has become the most famous 4×4 manufacturer on the planet.

Snow artist Simon Beck, who specialises in creating geometric outlines on foot, braved sub-zero temperatures to start the celebrations by creating the Defender outline 2700 metres up at La Plagne in the French Alps.

Driving a Defender to get close to the 2700m to produce the high-altitude artwork, Beck then walked 20,894 steps and 16.5 kilometres through the French Alps.

He said: “Making my snow art requires endurance, accuracy and strength – all attributes shared with the Defender. Its iconic shape is so simple and recognised across the world; this must be the most recognisable piece of art I’ve ever made.” 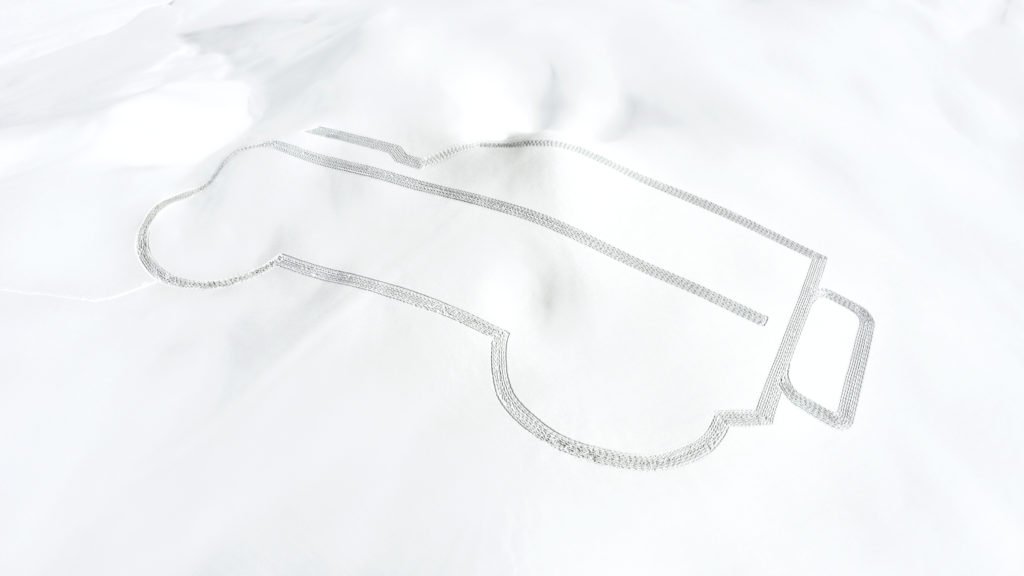 Check out a surreal series of CGI pictures starring the Jaguar E-Pace.

Read about Land Rover’s restoration of an original 1948 “Land Rover.