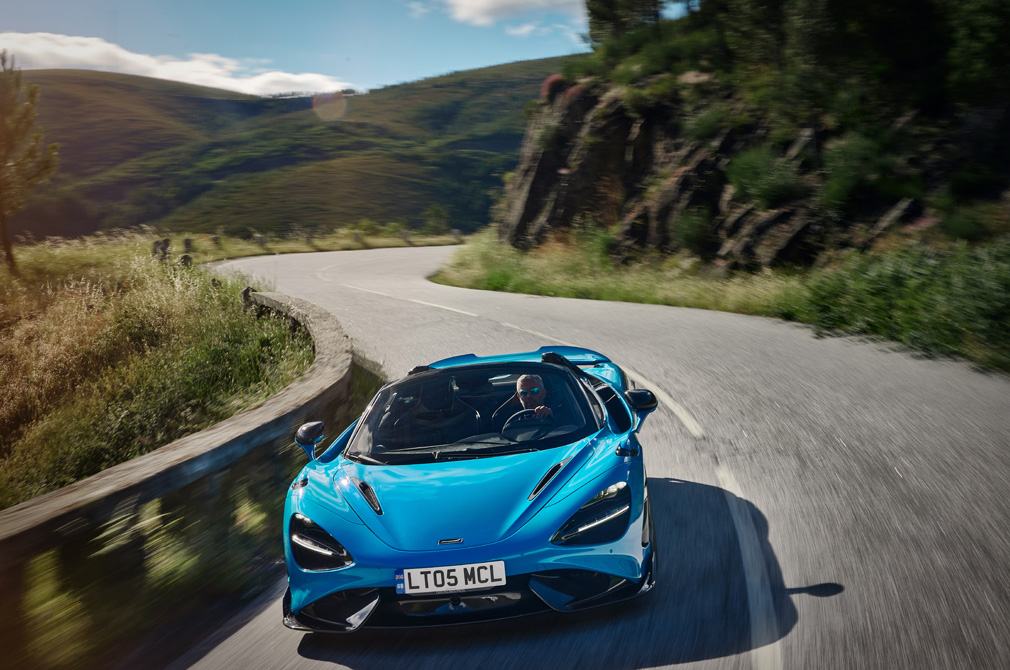 Ever wondered what it feels like to drive top-less at 330km/h? That’s exactly what you can do in a McLaren 765LT Spider.

Top highlight for the Spider is the fact that it carries over the dynamic and aerodynamic DNA of the coupe with no structural compromise.

This is largely thanks to a one-piece carbon fibre folding hard top. The new roof limits the Spider’s weight gain – it is only 49kg heavier than the 765LT coupe. 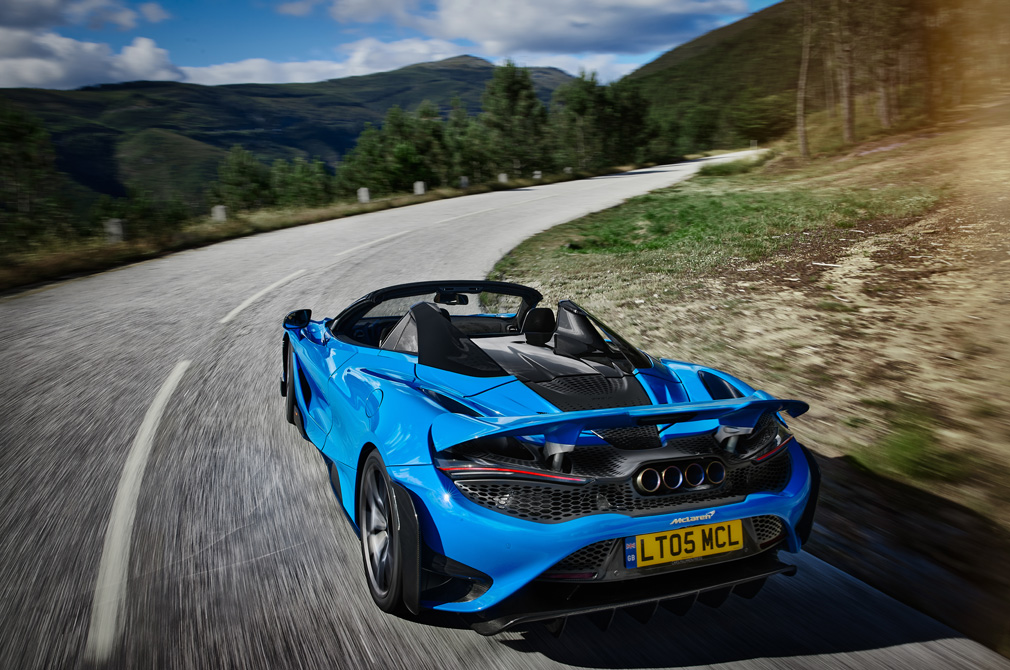 That carbon fibre roof will also bring the dramatic soundtrack of the quad-exit titanium exhaust system into the cabin. According to McLaren, this takes driver engagement into another dimension.

Elsewhere, the McLaren 765LT Spider also gets smaller and lighter doors compared to those on the coupe to help keep the weight gain down. 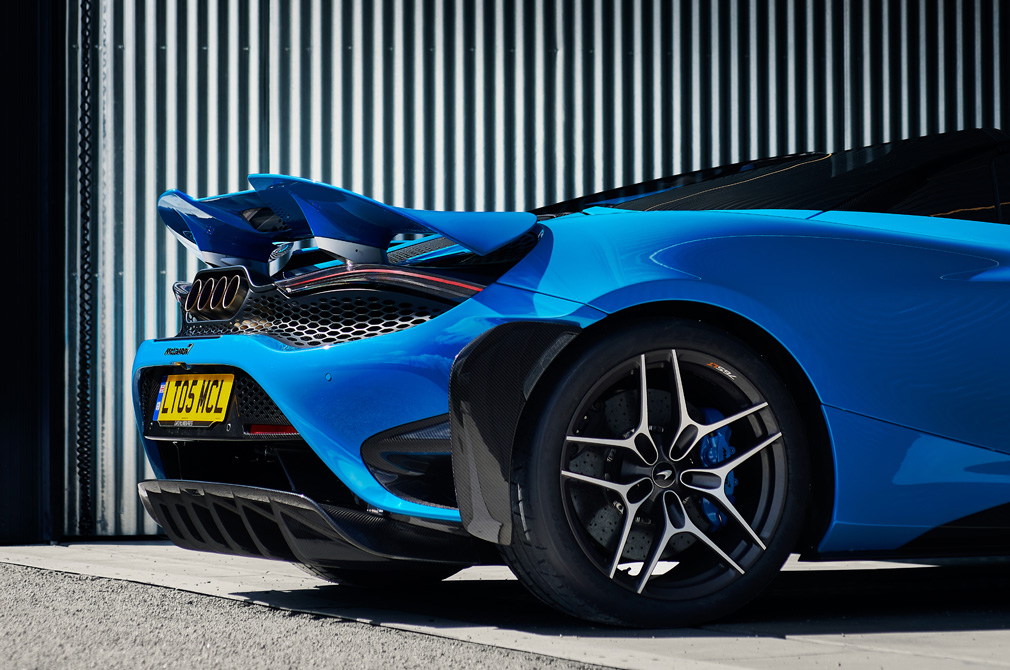 The active rear wing has had its calibration revised to reflect whether the roof is up or down.

Those fitted to the Spider have no upper carbon fibre frame, and require only a single hinge (compared to the coupe’s double hinge fitment).

When opened, the Spider’s doors extend further than the coupe’s by 120mm each side – the only difference in dimensions between the two models.

And once you’re ready to enter that other dimension, there’s the twin-turbocharged M840T 4-litre flat-plane V8 from the coupe to take you there. 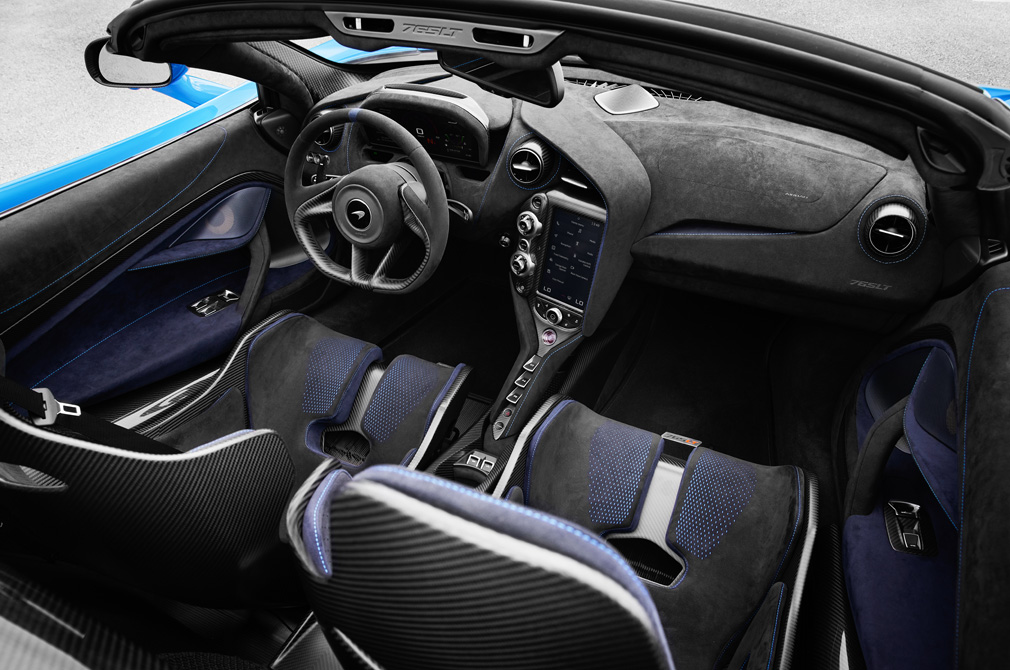 Carbon fibre-shelled race seats in the cabin are trimmed in Alcantara.

All these allow the V8 to deliver 755bhp at 7500rpm and 800Nm at 5500rpm – all controlled by an engine management system with bespoke calibration.

Steering feedback has also been enhanced by a quicker steering rack ratio and stiffer torsion bar.

The 765LT Spider also features the linked-hydraulic Proactive Control II suspension introduced on 720S – but with revised algorithms derived from those developed for the McLaren Senna and Speedtail programmes. 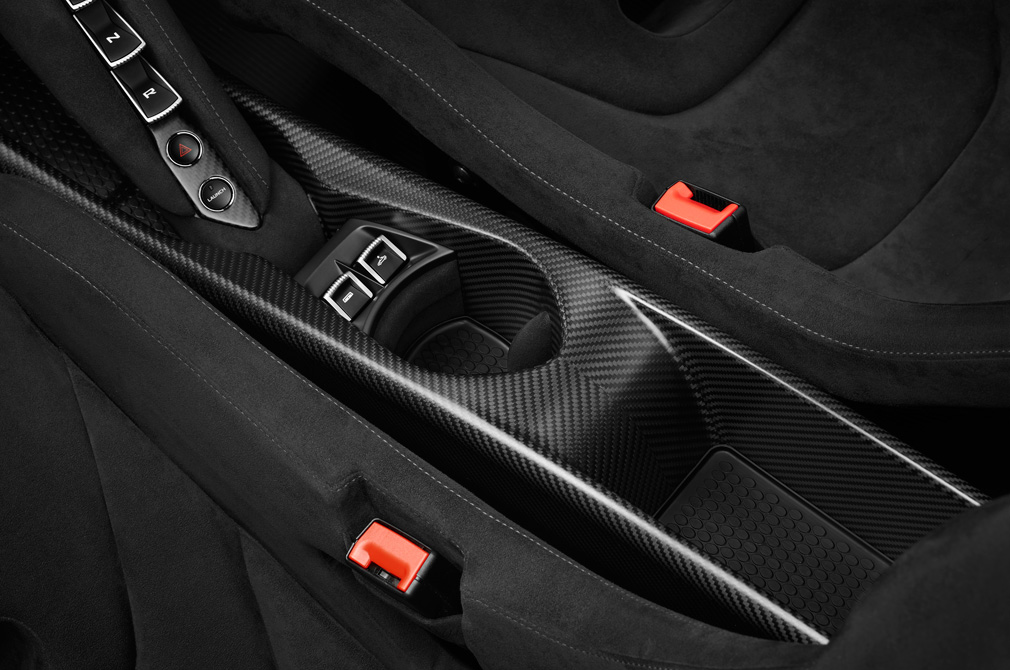 Carbon fibre hard top opens or closes in 11 seconds at speeds of up to 50km/h.

At the rear, an elongated active rear wing also features, necessary to compensate for the convertible’s new aero profile when driven with the roof open.

All of these measures optimise precision, control, stability and roll stiffness to deliver an even more track-focused driving experience.

Catch our review of the McLaren GT here!
Or read our McLaren Senna review here
Click here to learn more about the McLaren 765LT Spider