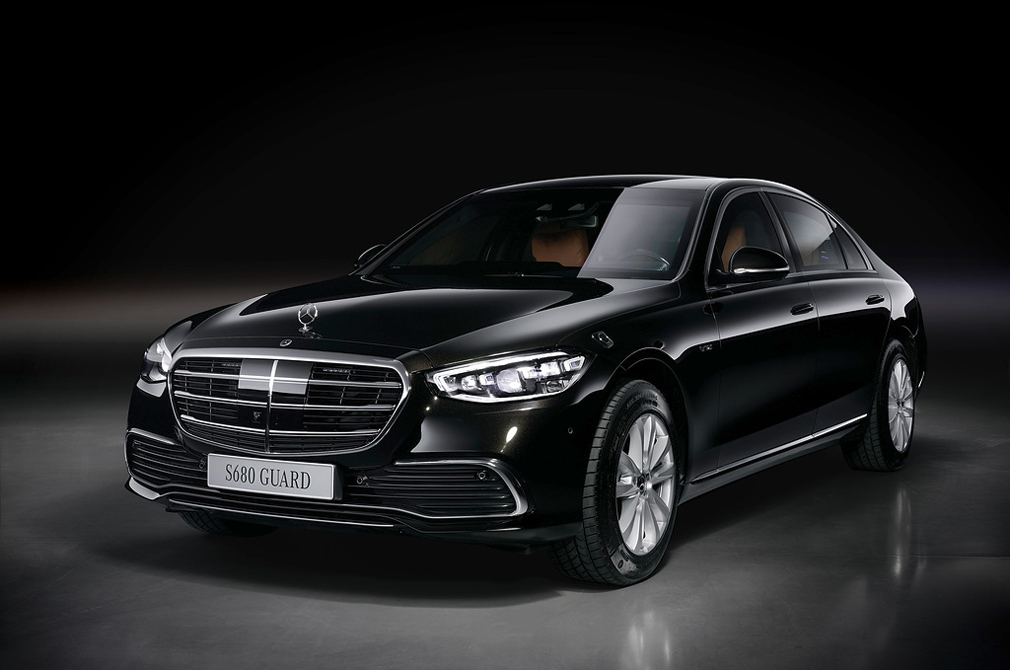 Hate that dream where baddies are shooting at you in your car and you just can’t shake them off?

MERCEDES-BENZ S680 GUARD: THE HIGHEST PROTECTION A CIVILIAN CAN GET

Well, the opportunity to get a good night’s sleep is now here. So long as you have enough money to purchase the Mercedes-Benz S680 Guard, that is.

Due to make a full premiere at the upcoming IAA Munich Auto Show, the Mercedes-Benz S680 Guard is the first Guard saloon from the firm to utilise all-wheel drive. 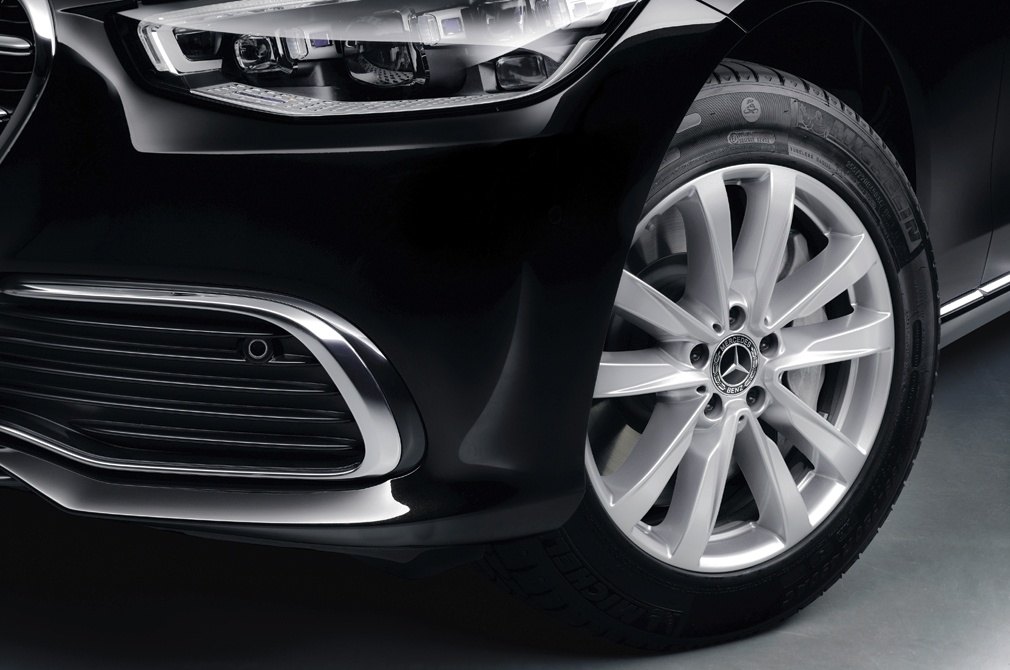 Michelin PAX run-flat tyres ensure that you can make a getaway even with when they get damaged.

National ambassadors and stars with mismanaged Twitter accounts will also be happy to note that the car comes with a Guard-specific bodyshell.

This is as opposed to previous Guard saloons, which merely had the necessary protective materials added to their standard bodies.

The new construction method means that the Mercedes-Benz S680 Guard will offer handling that is virtually on a par with that of the regular S-Class.

This is after adaptation of the suspension, engine and transmission, of course. And it also means that you can get your car in an aluminium outer skin to maintain an inconspicuous appearance.

Mercedes also states that this new design has allowed the new S-Class Guard to meet the requirements of the highest civilian protection class in Germany.

Which means, mind, that the body and windows of this car are not only able to withstand fire from an assault rifle, but also from one that is using armour-piercing ammunition.

STILL AN S-CLASS AT HEART

Of course, the Mercedes-Benz S680 Guard is still an S-Class at heart. That means that passengers and staff are still offered the best possible levels of comfort. 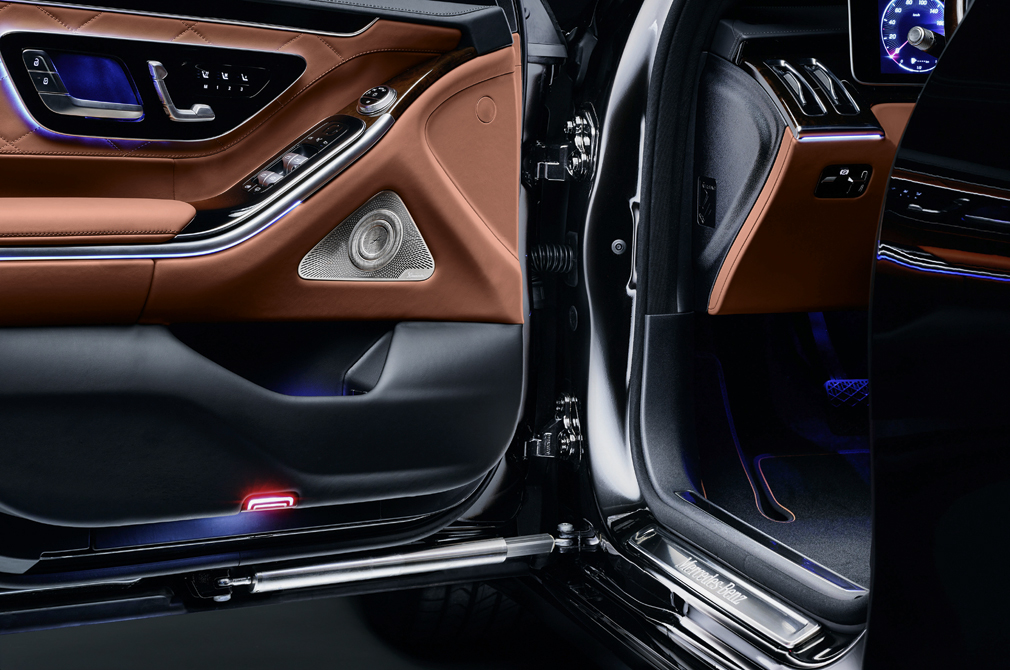 Newly developed door actuators ensure that those armoured doors can be opened and closed with ease.

The Guard is thus equipped with newly developed door actuators. These ensure that little effort is needed when opening or closing its heavy doors.

Which should be handy, no doubt, when your bodyguard needs to wield a firearm in his other free hand.

There are almost no restrictions on trim parts and colour combinations for the interior of the Guard saloon. However, optional extras that compromise the protection offered, such as the sliding sunroof, are not available.

And should terrorists try to get you with molotovs, there’s nothing to fear. The Mercedes-Benz S680 Guard is equipped with an automatically triggering fire extinguisher system.

An emergency fresh air system meanwhile, will keep all in the cabin safe. 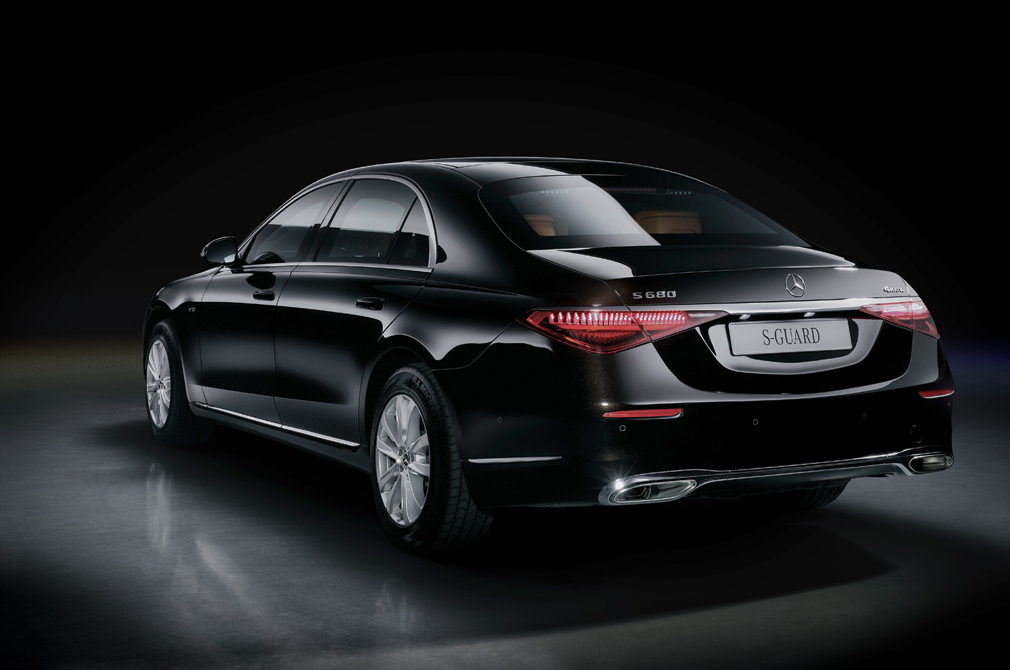 The S680 has been designed to be as inconspicuous as armoured cars get.

Hydraulically operated window lifters will also allow you to wind the window back up, even if on-board power fails.

The car is additionally equipped with Michelin PAX run-flat tyres. These will allow you to move out of danger up to a distance of 30km, should they get damaged.