BMW X7 gets its rear chopped off, replaced with a pickup bed | Torque
Loading posts...
0 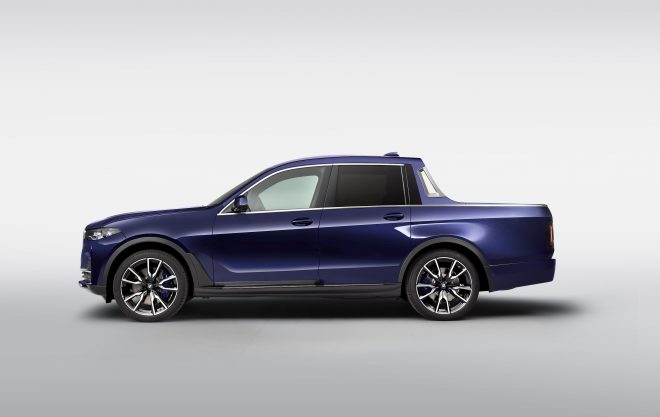 The BMW X7 pickup truck would be extremely luxurious.

Chop off the back of the BMW X7, graft on a truck bed and you’ll end up with something that looks like this.

It’s not the most questionable modification that we’ve seen (we’re looking at you, Range Rover Evoque convertible), but we wonder if anybody would actually buy this.

The product of vocational trainees inside BMW, it took a mere 10 months to get it from concept to reality.

Perhaps we’ll see a BMW 8 Series shooting brake from them soon? Now that would be a real head-turner and not head-scratcher.

The truck-thing is based on the BMW X7, one of the largest SUVs that will soon ply Singapore’s roads. 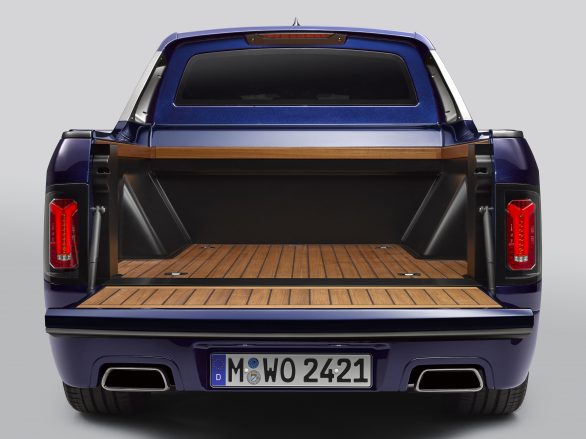 Specifically, it’s based on the xDrive40i variant, meaning it gets 340hp.

Since it’s got a truck bed, it now only seats five.

Speaking of that truck bed, it’s a “generous loading area” that varies in length from 140cm to 200cm with the loading deck closed or opened.

Thanks to the use of carbon-fibre reinforced polymer (CFRP) on roof components, rear doors and the rear lid, the weight fell by 200kg compared with the production model despite a 10cm longer body. 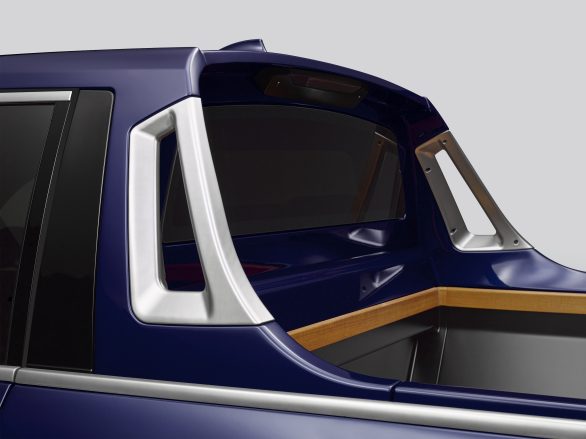 The combination of hand-polished, honey-coloured teakwood and the BMW Individual colour Tanzanite Blue metallic – an exclusive navy blue finish that develops extra depth when exposed to sunlight – was inspired by yachting sports and creates a sophisticated look, BMW said.

“I am pleased about the synergies between BMW Group Vocational Training, Concept Vehicle Construction and Model Technology, allowing these young talents to prove their abilities with such an extraordinary project,” said Milagros Caiña-Andree, member of the board for human resources at BMW AG.

The BMW X7 pickup you never knew you needed 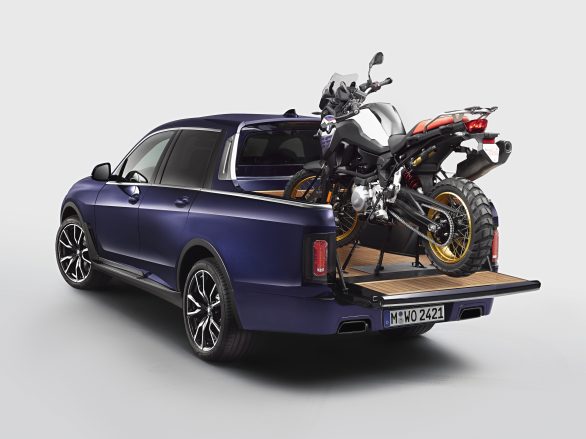 BMW reminds us that the X7 pickup is “not planned” for series production, and is actually a project meant to train their young apprentices to develop their craft.

In fact, it’s actually meant for display at BMW Motorrad Days, which is why a BMW F850 GS touring bike sits inside the rear deck in these shots. 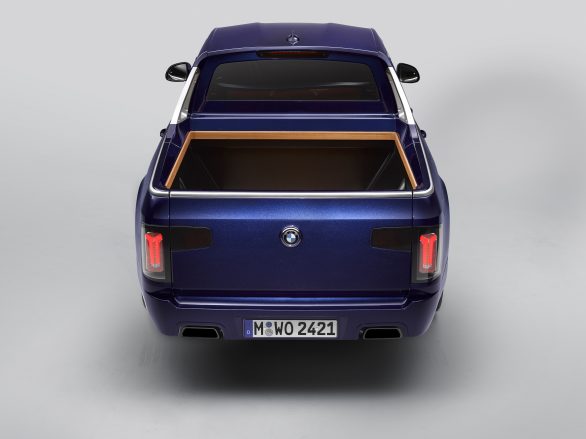 What do you think? Would you buy this?

Or would you choose the Jeep Gladiator instead?