Is it time to crack down on the free-riding aspects of bike-sharing schemes? | Torque
Loading posts...
0 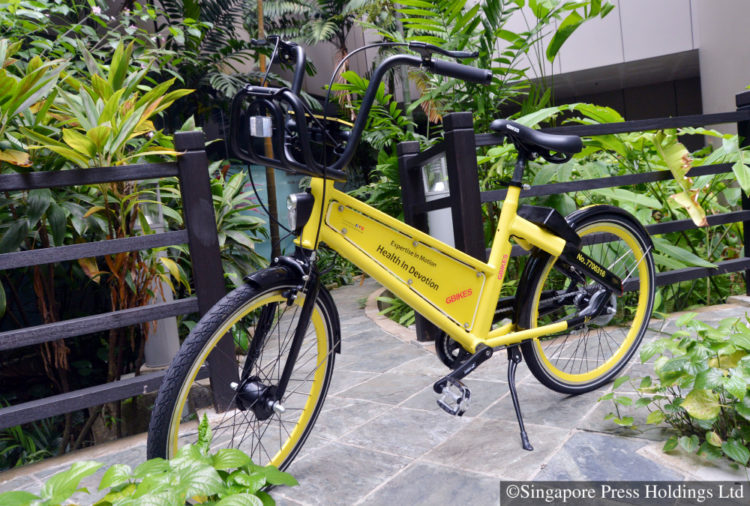 The influx of bike-sharing schemes onto the streets and pavements of Singapore has received much positive press for the contributions to a healthier and cleaner nation.

While operators oBike, ofo, Mobike and SG Bike have unleashed tens of thousands of garishly coloured bicycles across the city, regulators have also moved positively to guide the rapid growth of this industry. Unfortunately, defining limits on growth and painting yellow boxes on pavements are not enough.

The idea of bike-sharing is a terrific one: creating convenience for people, and choices other than the use of more polluting private cars and taxis, while making public transportation more accessible and more desirable at a low cost.

It has also proved a great idea for the owners of these companies. Ofo has a valuation exceeding US$2 billion (S$2.7 billion). Its young CEO owner Dai Wei became a billionaire in a span of a few years.

The business model is based on simple mathematics. Calculate the cost of a bicycle purchase, calculate its useful life – inclusive of unwanted disposal or destruction – and factor in a few office and maintenance costs. Now calculate revenue based on per hour or 30-minute pricing and expected average hours of usage per day.

It seems like the simplest of businesses with nothing but benefits for owners and users. But there are costs – hidden costs to the business that economists like to call negative externalities and free-riding (pun intended, but also apt). Avoiding these costs creates value for users, and wealth in the billions for founders such as Mr Dai.

A negative externality occurs when the use of a product or service creates costs for third parties or non-users. In the case of bike-sharing, the negative externalities are clear: Multi-coloured bikes litter the carefully crafted landscapes of Singapore, while pedestrians find themselves having to avoid randomly parked bikes or their distracted riders.

The next problem is the one of free-riding, when an individual or company takes advantage of the provision of a public good without paying for its use.

Bikes are vehicles that use public roads and public spaces for transportation and storage – in other words, parking. Cars and other vehicles do the same. To cover some of the public costs associated with roads, car owners pay registration taxes, insurance to protect against costs associated with accidents, and charges when parking in high-density areas of the city.

Bike rental companies and users pay none of these, yet happily exploit these negative externalities and free-ride on the dime of others.

But before condemning this business model too quickly, since bike-sharing is still a very new phenomenon in Singapore, let’s think of a possible end point if this free-riding continues.

The Netherlands has long been known as one of the most bike-friendly countries in the world. In a country of 16 million people, there are almost 13 million bikes.

Amsterdam Central Station is perhaps one of the largest bike-parking areas in the world. Every day, more than 8000 bikes compete for fewer than 8000 bike-parking spaces. This shortfall is not a function of a lack of effort from the government – rather, the Amsterdam city authorities have been striving to accommodate its legions of cyclists.

In the past 20 years, bike usage in Amsterdam has grown by 40 percent. Public spending in the next few years on infrastructure devoted to bikes is expected to cross well over $100 million by 2020, most of which is devoted to creating bike-parking spaces. Other public funds are used to pull up to 10,000 bikes from canals across the Netherlands each year.

It is well within Singapore’s budget capacity to spend on bike infrastructure. Indeed, it would be a laudable use of public funds to do so, as it supports the shift away from polluting vehicles. But who pockets the Government’s largesse in providing bike infrastructure?

Very clearly, it is both the users of bikes and the companies that provide them. Providing benefits to a country’s populace is reasonable, but providing public benefits to private companies is equivalent to lining shareholders’ pockets with public money.

Private bike companies provide the bikes and they price accordingly, without considering who needs to pay for the roads used, for the parking infrastructure, and for the inconvenience to pedestrians and cars from bikes plying and parking on public thoroughfares. And no compensation goes to anyone in Singapore when the green and carefully cultivated beauty of its public spaces is marred by badly parked multi-coloured bicycles.

Far be it for a business school professor to fetter capitalism, but capitalism unconstrained, operated without appropriate regulation, disproportionately imposes costs on many while creating wealth for very few.

Singapore’s regulators have long deserved their sterling reputation for their sagacity and ability to act quickly and decisively.

Before we reach the stage of Amsterdam here in Singapore, it is important to better regulate this growing industry. Appropriate and quick regulation will protect the growth of the bike-sharing industry, while stemming negative externalities and ensuring users and companies curb their free-riding.

The writer is head of the Department of Strategy & Policy at the National University of Singapore Business School.