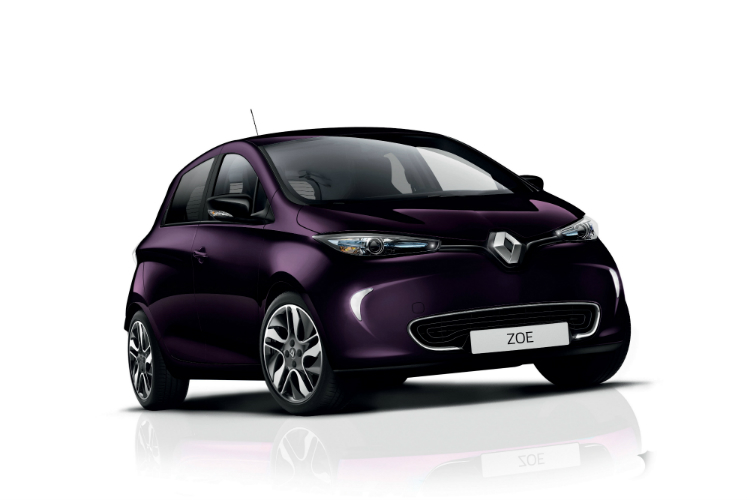 The Renault Zoe is claimed to have a pure electric range of 367km.

In Singapore, electric cars may still seem like the technology of the future, but if the plans unveiled at The Green Mobility Initiative yesterday (9 May) are anything to go by, then we might be seeing a lot more of them on the roads in the next few years.

Here are five takeaways from the Initiative:

Industry players are planning to build a lot of charging points.
According to Damien Dhellemmes, Schneider Electric’s country president in Singapore, there must be more charging stations than electric vehicles (EVs) in order to make them viable.

This was also echoed by Goh Chee Kiong, head of strategic development at SP Group, who said that EV adoption would require a pervasive charging network, reliable charging services and of course, affordable EV models that are homologated for Singapore.

How many charging points are we talking about?
BlueSG, which operates Singapore’s first electric-car sharing service (and the world’s second-largest one), talked about having 2000 charging points across Singapore, 80 percent of which will be in HDB carparks.

Electric cars are going to become cheaper.
Industry experts expect that by 2025, a brand-new electric car will cost as much as an equivalent model with an internal combustion engine.

However, it remains to be seen if this will also be the case in Singapore.

Electric car running costs are cheaper, too.
Renault claims that the pure electric Zoe hatchback has a range of 367km and going by current electricity rates, will cost $9.08 to fully charge. Most motorists will find it impossible to drive the same distance on $9.08 worth of petrol or diesel.

Routine servicing costs are likely to be cheaper, too, since electric motors do not require fluids such as engine oil and coolant.

Our road space will be shared with autonomous electric vehicles.
nuTonomy, which has been testing autonomous vehicles (AVs) in one north, is very optimistic about this. Although one of their cars has gotten into an accident (read about that here), the company says that its vehicles an deal with a variety of situations that include detours due to construction sites, reckless drivers and pedestrians crossing the road while glued to their phones.

Autonomous driving technology is continually advancing and it has the backing of our Government. Unless something changes, it probably won’t be long before we find ourselves driving alongside AVs.

The real question is the legislation required to govern them. There’s also the issue of insurance in case of mishaps.