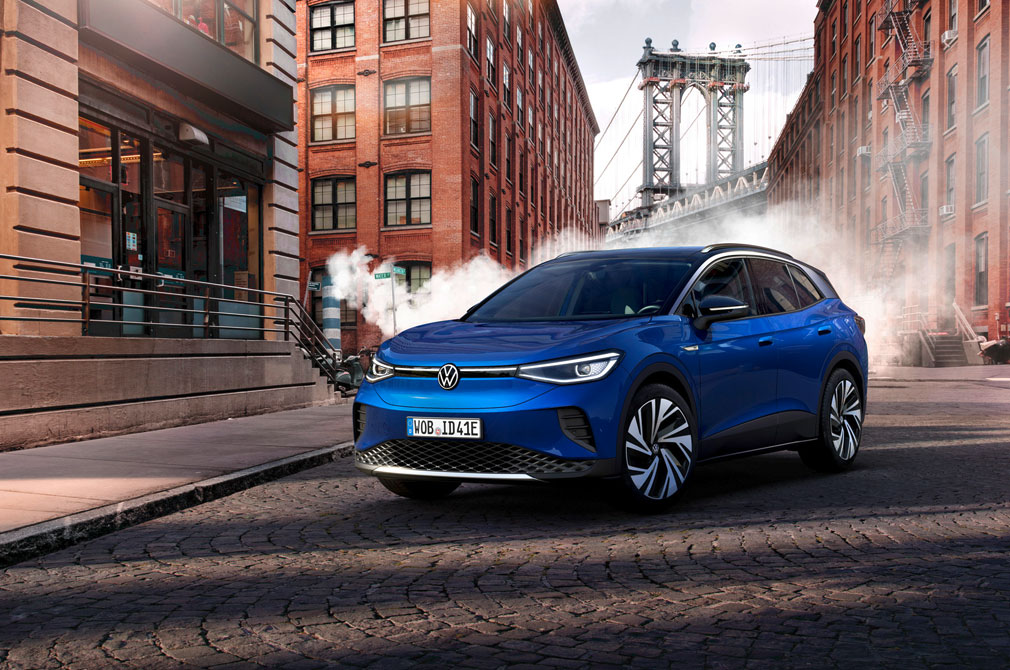 The Volkswagen ID.4 has an exterior described as “sporting athletic proportions and an ultra-modern appearance”.

A clear, flowing design guarantees good aerodynamics and a drag coefficient of 0.28. The base version of the Volkswagen ID.4 will feature headlights that are almost completely equipped with LEDs, while its tail-light clusters are fully equipped with this technology. 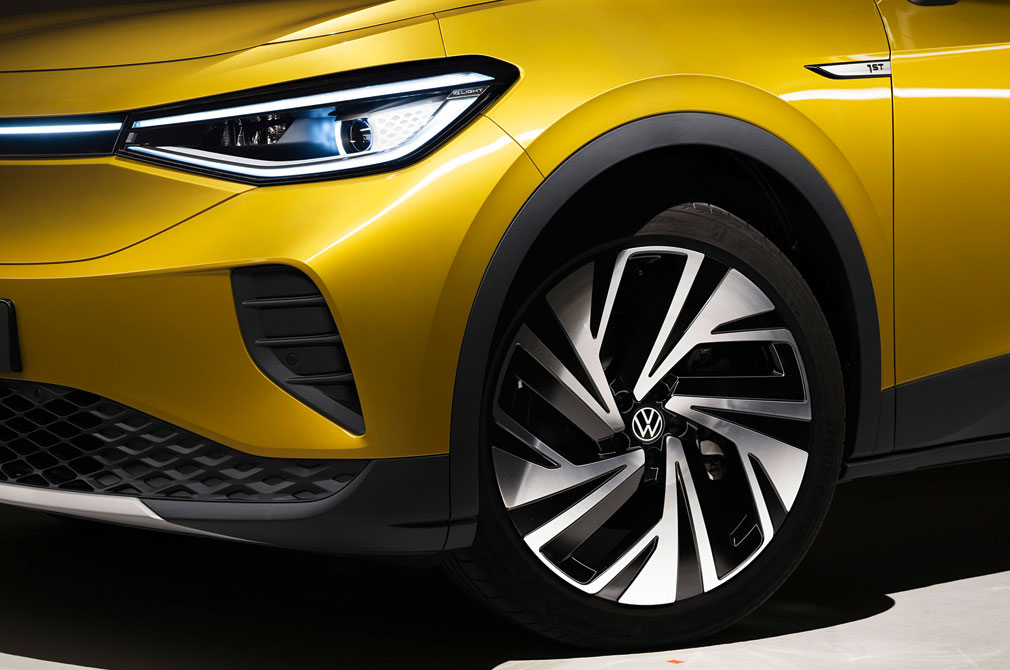 High-spec versions of the ID.4 will come with IQ.Light LED matrix head lights.

These head lights have been paired with the new 3D LED tail light clusters. Large wheels up to 21-inches in size underline the rugged appearance of the car.

SPACIOUS FUNCTIONALITY IN THE VOLKSWAGEN ID.4

The Volkswagen ID.4 is built atop the firm’s Modular Electric drive Matrix (MEB) architecture and measures 4580mm. The new platform supposedly divides available space between occupants and the drivetrain in a completely new way that favours passengers. 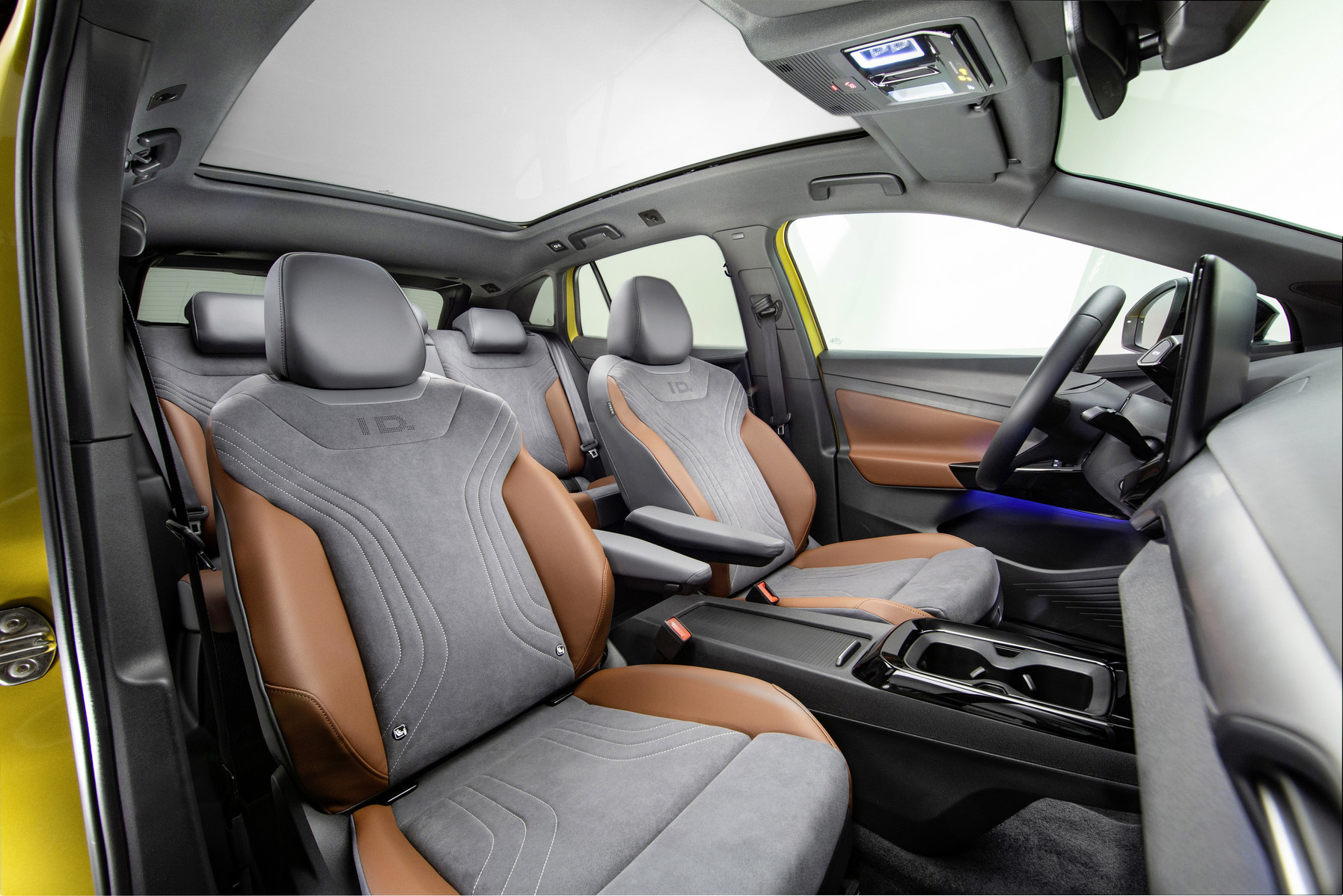 The available room in the interior is also described as being comparable to that of conventional SUVs in the category above.

Colours and materials used in the ID.4 are contemporary while also being homely.

The ID.4’s boot has a capacity of 543 litres, expanding to 1,575 litres with the rear seats folded. The equipment range of the ID.4 includes a powered boot lid, roof railing, and a towing bracket. 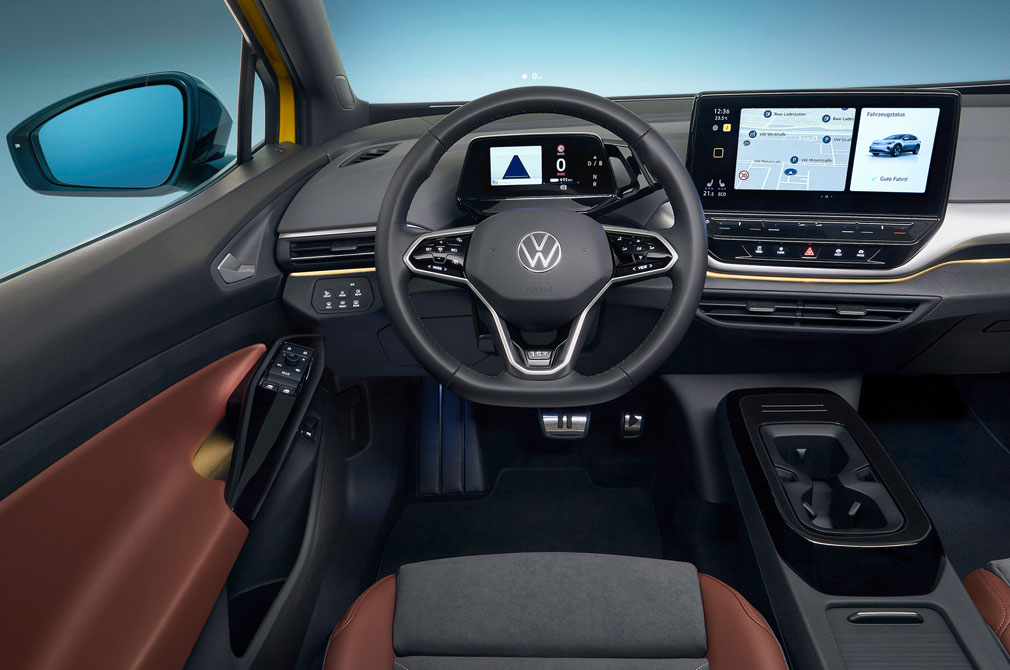 Two displays and a voice recognition system feature in the cabin.

The Volkswagen ID.4 sports two displays in its cabin – one which measures up to 12 inches and features touch functionality – as well as natural voice control activated by simply saying “Hello ID”.

An augmented reality heads-up display is optionally available. One of its functions is to project navigation arrows, which inform drivers where to turn, onto the road ahead.

The Volkswagen ID.4 can supposedly be driven in a sporty, yet easy and comfortable manner. 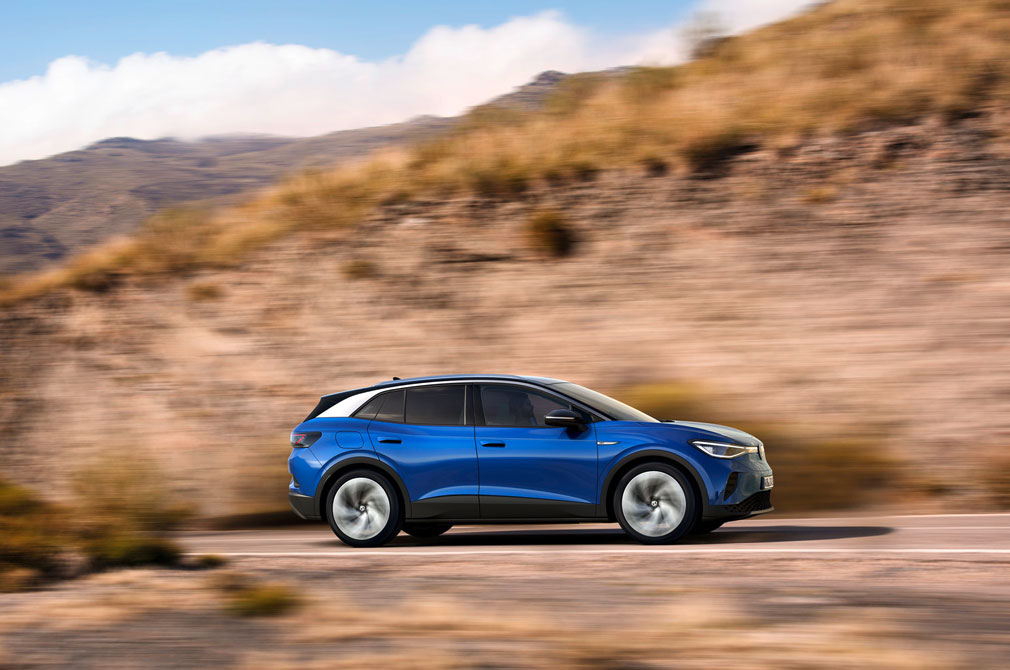 The zero to 100km/h sprint is completed in 8.5 seconds thanks to a 201bhp electric motor.

The battery of the Volkswagen ID.4 stores up to 77kWh of net energy which enables ranges of up to 520km based on the Worldwide Harmonised Light Vehicle Test Procedure (WLTP) cycle.

It is installed below the passenger compartment to guarantee a low centre of gravity.

The electric motor positioned at the rear axle generates 201bhp, enough to accelerate the car from zero to 100km/h in 8.5 seconds and deliver a top speed of 160km/h.

Thanks to the rear-wheel-drive’s grip and its 21cm of ground clearance, the ID.4 can also perform well in gentle off-road terrain.

Looking for a more conventionally-powered Volkswagen SUV? Perhaps the new Volkswagen Tiguan might be of interest!
Or if you’re looking for electric drive in hatchback form, learn more about the Volkswagen ID.3 here!