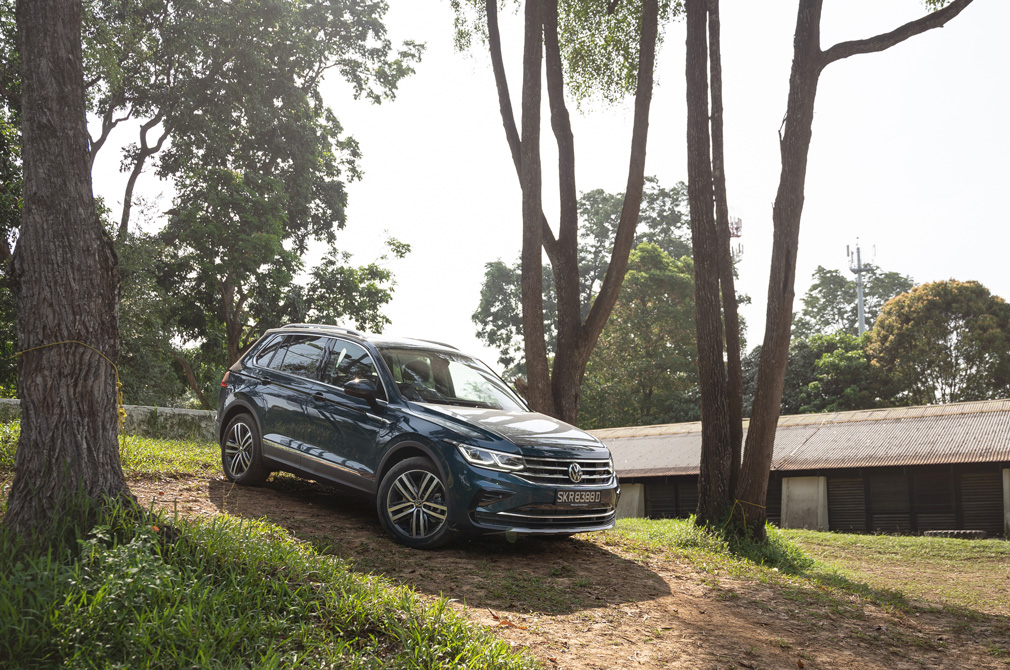 Sports utility vehicles (SUVs) are popular among car buyers. But while all of them have outdoorsy styling, few can venture off the tarmac.

But not the latest Volkswagen Tiguan SUV.

VW Singapore is bringing in only the 2-litre version of the Tiguan, unlike its predecessor*, which was powered by a 1.4-litre engine.

Interestingly, the powerplant is a version of the famed EA888 engine that also powers the high-performance VW cars such as the Golf R and the 320hp Tiguan R (not available here). 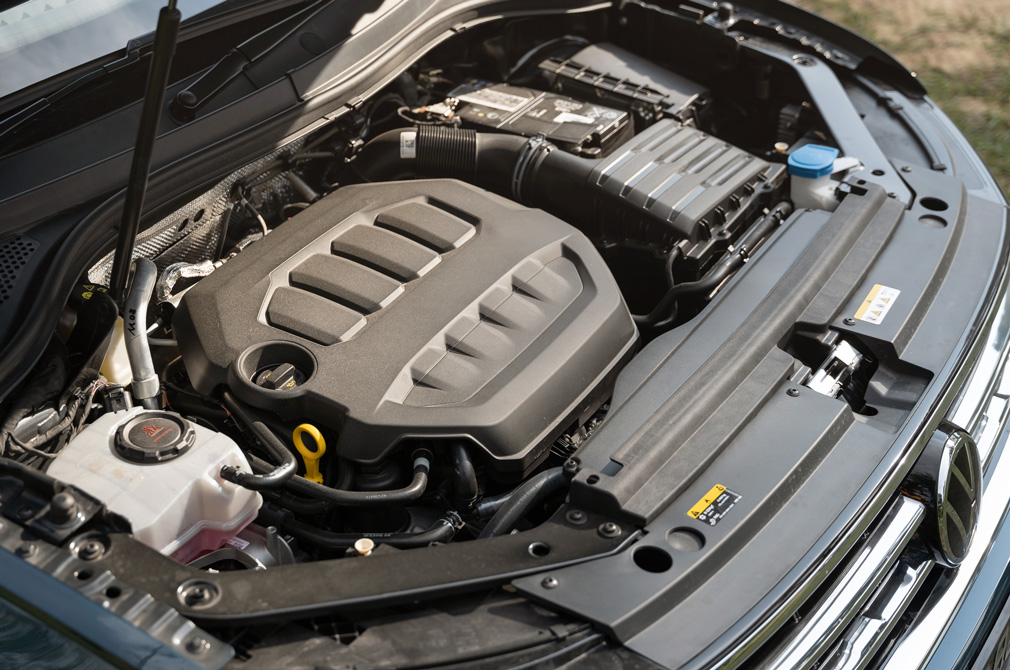 Unlike the pre-facelift Tiguan which is driven on its front wheels, the powertrain in the refreshed Tiguan sends power to all four wheels.

The system is managed by a central control unit that monitors the condition of the driving dynamics in the vehicle and distributes the power to the wheels accordingly, ensuring that all the wheels get the power when they are needed. 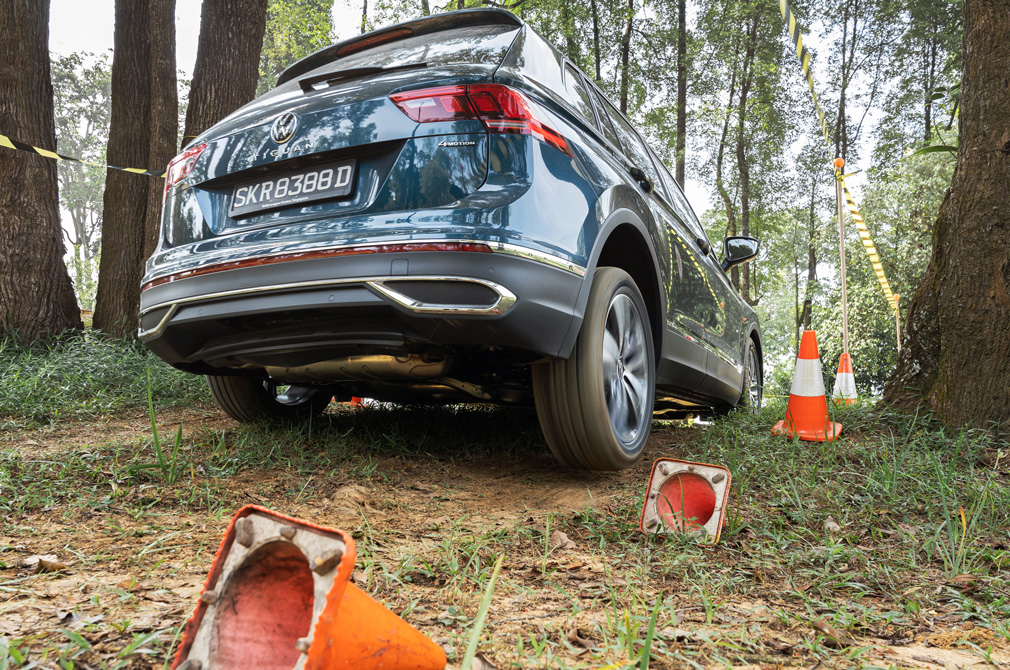 There are four pre-set driving modes: snow (which is irrelevant in Singapore), on-road, off-road and off-road customisation. Most drivers will stick to the on-road mode for daily drives.

Even so, the all-wheel-drive helps ensure that the Tiguan will not lose grip, providing an additional layer of safety during downpours. This safety aspect of all-wheel-drive cars is sometimes overlooked.

Unlike the substantial changes under the bonnet, the visual changes of the latest Tiguan are more subtle.

The SUV gets a new front bumper design and a new front radiator grille that looks like the shrunken version of the one on its larger Touareg sibling. The Tiguan also gets wider LED headlights.

At the rear, the “Tiguan” lettering is positioned in the middle of the tailgate below the VW badge, like other new VW cars. The “4MOTION” badge on the rear is the only visible cue of its new-found off-road prowess. 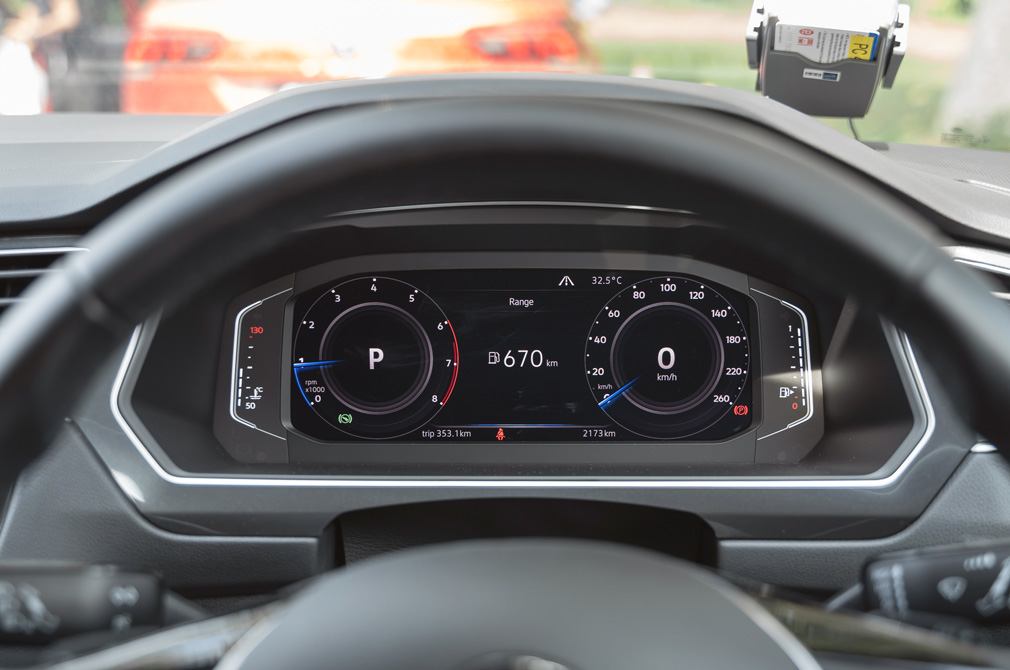 Inside, the Tiguan now comes with a digital instrument display that is found in almost the entire range of VW cars, from the 1-litre T-Cross to the eighth-generation Golf and GTI launched earlier this year.

Similar to the Golf, the climate control adjustments are made on touch sliders and touch buttons, which takes some getting used to.

What is more familiar is the 10.25-inch digital cockpit display with an interface accessible from steering wheel controls that is logical and intuitive to navigate.

The updated Tiguan comes with two styling and equipment packages: the luxurious Elegance model and the sportier R-Line that has design cues of the famed VW cars such as Golf R.

Both versions of the Tiguan are equipped with LED headlights and tail-lights, 4MOTION all-wheel-drive and a 10.25-inch digital instrument display. 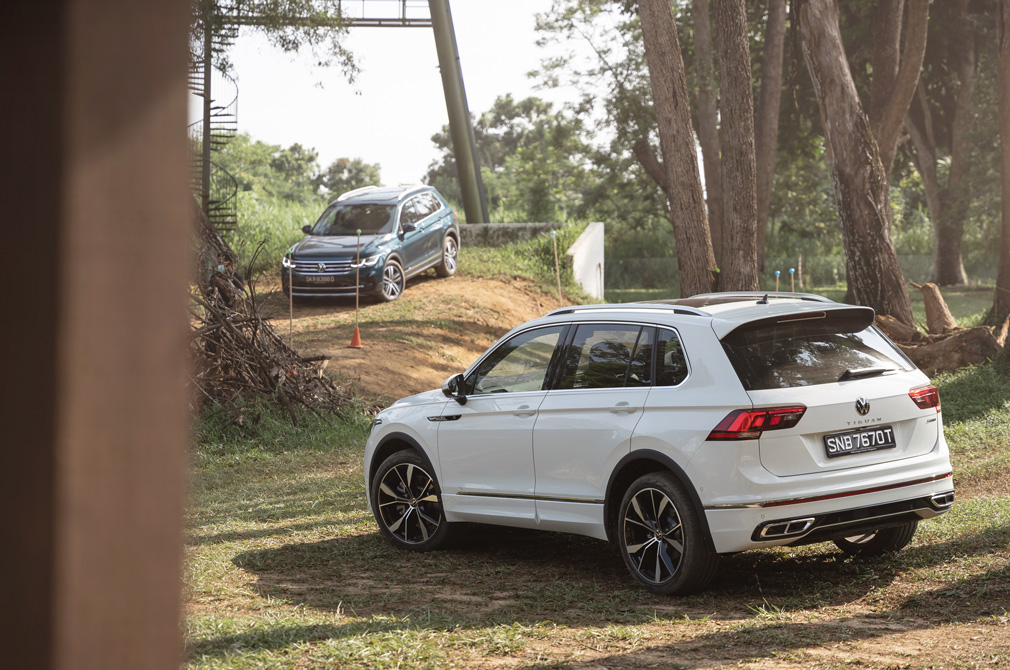 Volkswagen Tiguan R-Line has even better equipment, such as Dynamic Chassis Control.

The front seats come with electronic adjustments and memory function, and the driver’s seat has comfort entry and exit.

Some equipment upgrades in the R-Line variant are significant.

It gets Dynamic Chassis Control which allows drivers to adjust the shock absorbers’ damping settings according to personal preferences in the Normal, Sport or Comfort modes. This will appeal to keen drivers.

It also has a head-up display, a 360-degree area view parking camera and wireless Apple CarPlay and Android Auto, enabling users to do away with cables completely. 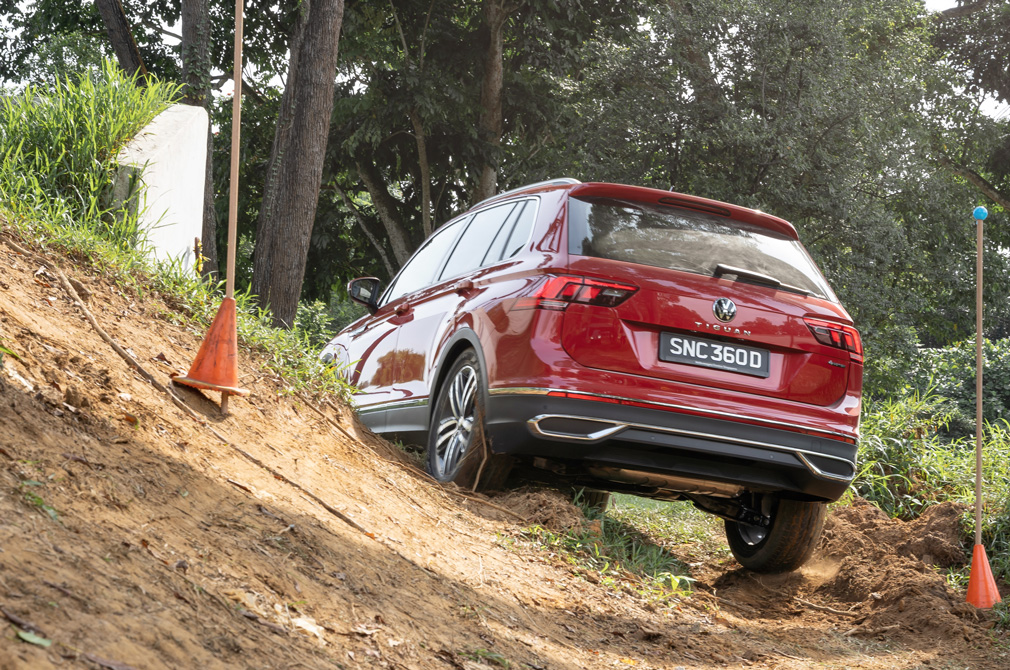 *The pre-facelift Tiguan was introduced in 2016 with a 2-litre engine, but later, only the 1.4-litre variant was available.