Eight years ago, Volkswagen introduced a model called the CrossPolo in Singapore.

The intention was to have an entry-level compact crossover. To execute this, the carmaker took a Polo hatchback, gave it raised suspension for higher ground clearance and slapped on unpainted plastic cladding.

The CrossPolo was the result of these efforts. But it does not look like a crossover, which is what buyers want. But that might change this time around with the T-Cross, Volkswagen’s new entry-level crossover.

There are no shortcuts this time around. The T-Cross may be based on the Polo, but both models no longer resemble each other, for the T-Cross has its own individual character.

Its large, multi-louvre grille and square fog lamps, much like the ones on the Tiguan and Touareg, give it a chunky and outdoorsy face. 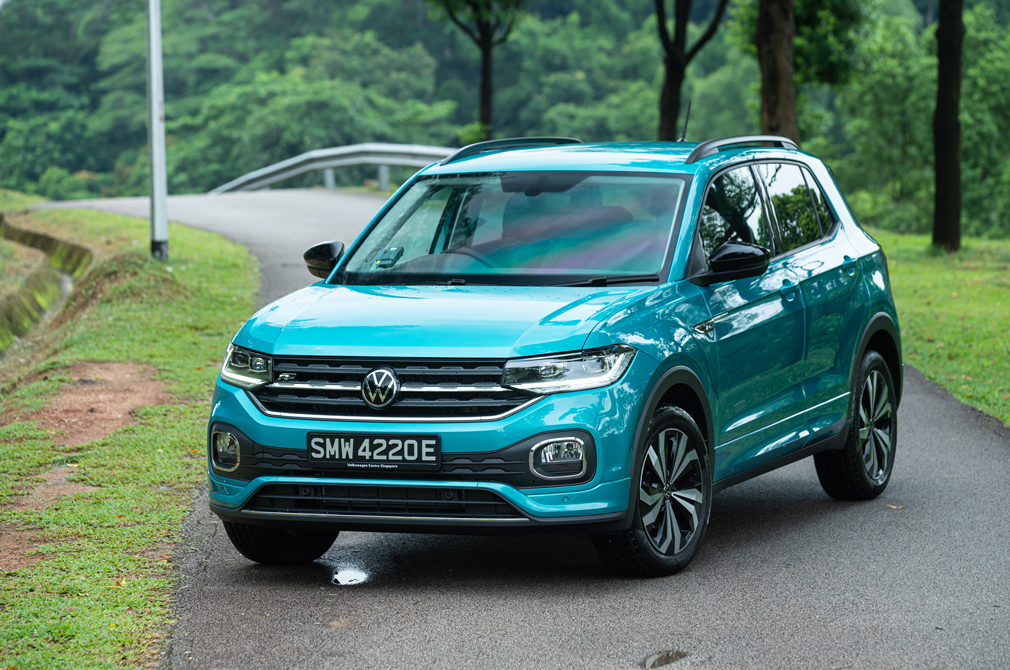 Only the T-Cross’ flanks are similar to the Polo’s. But even here, VW has helped differentiate it by adding a subtle “R Line” badge to the front fenders. Talk about attention to detail.

The C-shaped tail-lamps, which are “connected” by a reflective strip, are also unique to the Volkswagen T-Cross. Neither the mid-size Tiguan nor the large Touareg SUVs have these design elements.

Its stance is upright but not boxy. On its own, the T-Cross seems larger than its overall length, which is a compact 4235mm. That puts it between the smaller Hyundai Kona and bigger Mazda CX-30.

The Volkswagen T-Cross is well-equipped, despite being the brand’s entry-level crossover.

In front of the driver is the 10.25-inch Active Info Display, a digital instrument panel offering three selectable layouts. All your pertinent driving data can be easily accessed by using the buttons on the steering wheel.

Infotainment is accessed via the 8-inch touchscreen on the dash. Apart from the standard Apple CarPlay, it even has gesture controls. I find the latter unnecessary, though, since you can adjust the volume and scroll through your Spotify playlist using the steering wheel controls. 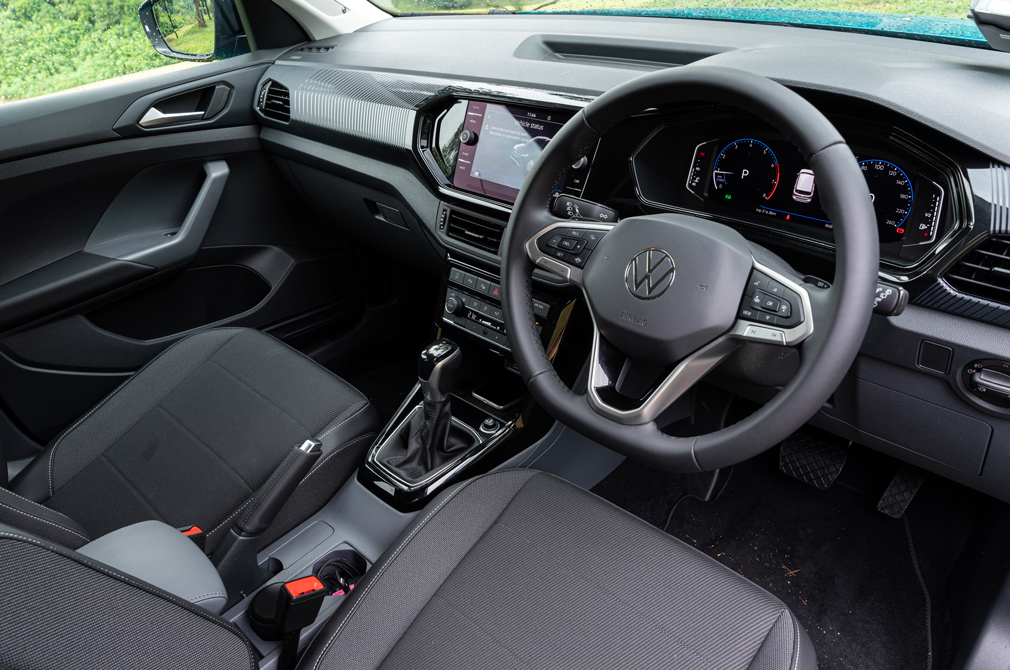 There’s a wireless charging tray for convenience. But you can recharge your phone a lot quicker by plugging it into one of the four USB-C ports (two in front, two behind) provided. There are no regular USB ports here, though, so iPhone users will need a USB-C to Lightning cable.

Certainly not lacking, on the other hand, is the rear legroom. The Volkswagen T-Cross “only” has a 2551mm wheelbase, but the well-packaged backseat means even occupants up to 1.8m tall won’t feel squeezed. Foot space beneath the front seats is relatively good, too.

That said, the bench is narrow (it is a compact crossover, after all), so three average-size adults will still be rubbing shoulders here. It could have been a cooler ride, though, had VW included rear air vents.

Naturally, ferrying passengers isn’t the only reason folks buy crossovers. For many, having a versatile cabin is just as important.

The Volkswagen T-Cross’ rear bench can be slid forwards and backwards by up to 14cm. This varies the boot capacity between 385 litres and 455 litres, which is generous for this segment. Fold the backrests and you’ll liberate 1281 litres, which is pretty handy if you’re moving house. 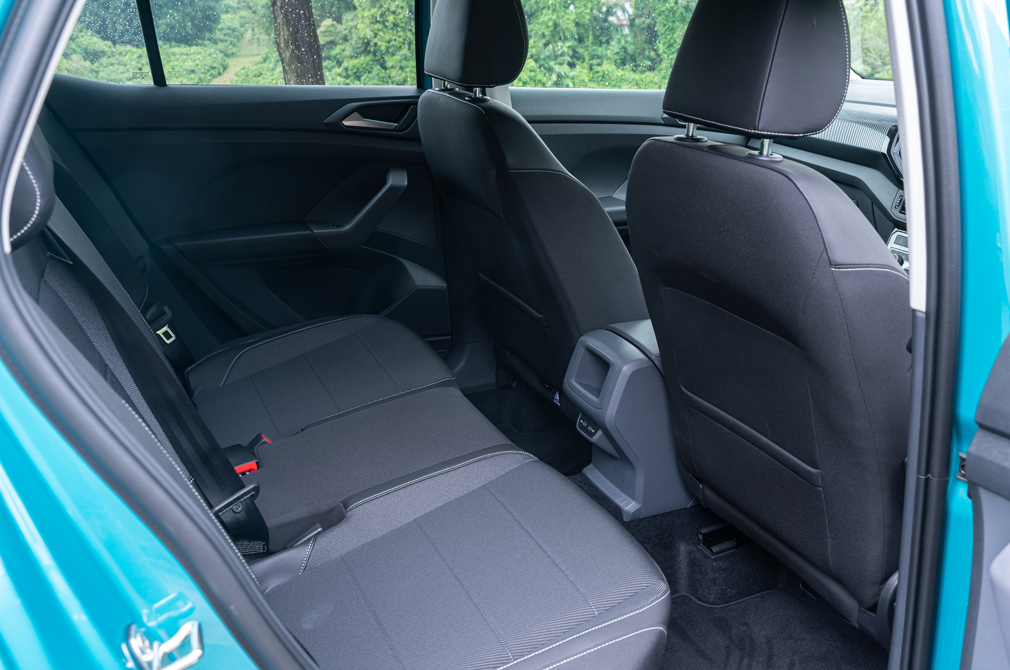 Motivating the Volkswagen T-Cross is a turbocharged 1-litre (999cc) 3-cylinder engine capable of 114hp and a healthy 200Nm. The motor is paired to a speedy 7-speed dual-clutch gearbox.

This powertrain enables the T-Cross to finish the century sprint in 10.2 seconds. VW claims a combined consumption figure of 19.2km/L, but over a four-day drive, I averaged 14-15km/L.

The plentiful torque means the 3-cylinder unit never struggles to get the T-Cross going – even with four occupants on board. Mid-range performance is also good, with the torque again helping get the crossover up to expressway speeds.

That said, the engine does prefer being revved to extract its performance. Chalk this up to the motor’s small capacity, and the fact that the 200Nm arrives at 2000rpm instead of just above idle.

My pet peeve is the initial take-up. Volkswagen probably prioritised smoothness over quickness, so I find the gearbox’s low-speed response lacking. 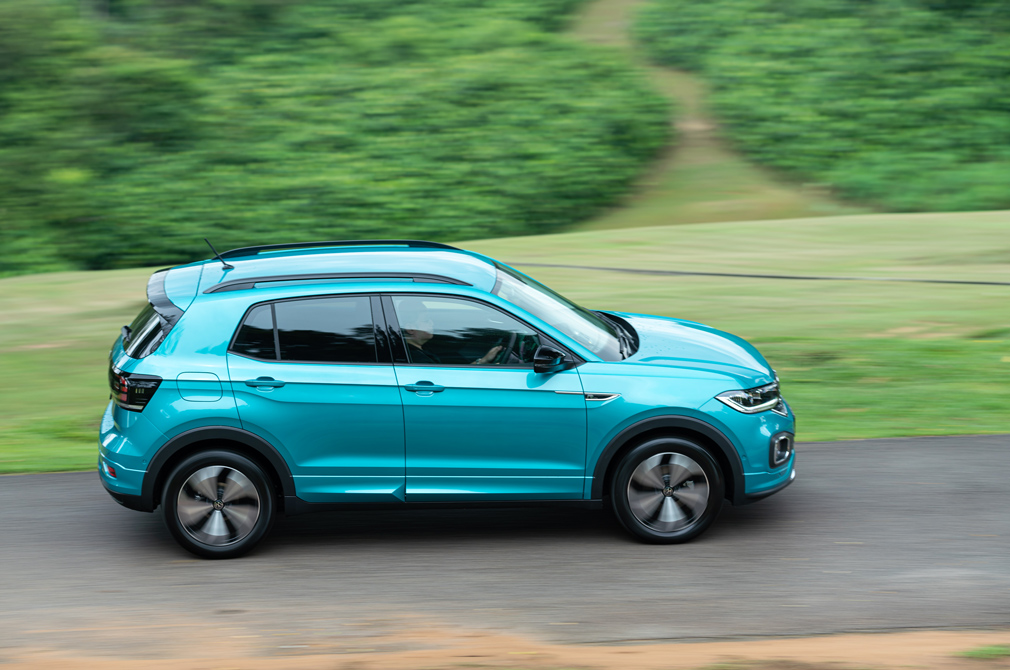 The Volkswagen T-Cross feels nimble thanks to its perky powertrain and compact size. Its ride is well-sorted, too.

Putting the gearbox in “S” mode and stabbing at the accelerator does not seem to help. It still takes the car a moment to move off from a standstill.

Thankfully, once you get going, the dual-clutch transmission performs snappy and seamless gearchanges, making the Volkswagen T-Cross feel pretty zippy.

The T-Cross’ compact size makes it feel quite nimble around corners. It changes direction fairly quickly as well, making it ideal for city driving. Due to the vehicle’s height, it does lean as you go through bends. Most drivers will find this behaviour well-controlled, though.

The brakes give you plenty of confidence as well. Despite the comfort-biased Continental EcoContact 5 tyres, the Volkswagen T-Cross felt surefooted under heavy braking. With a set of grippier tyres, stopping distances can be even shorter. 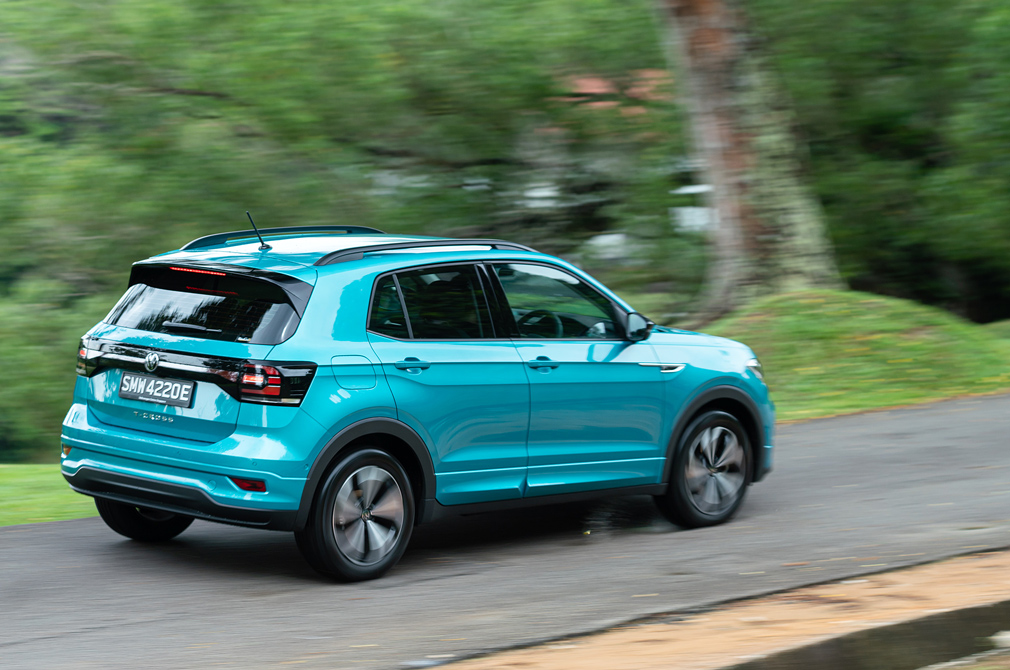 IS THE T-CROSS A COMPLETE COMPACT CROSSOVER?

The Volkswagen T-Cross is versatile, practical and since it’s only available in top-spec R-Line trim, has all the standard kit you need. Performance-wise, it is more than enough for most drivers. Plus, the 1-litre engine is the “right” size for Singapore, too.

Prices currently start from $118,900 (at time of writing), which makes it attractive. However, this figure includes a $10k promotional discount.

However, even with the discount, the T-Cross seems pricey compared to similarly priced models such as the Seat Ateca and Mazda CX-30. These crossovers are larger, more powerful and arguably just as well-equipped.

By dotting all the Is and crossing all the Ts, Volkswagen has made the T-Cross one of the most complete and convincing contenders in its segment. All it needs are drivers who agree with the premium it commands. 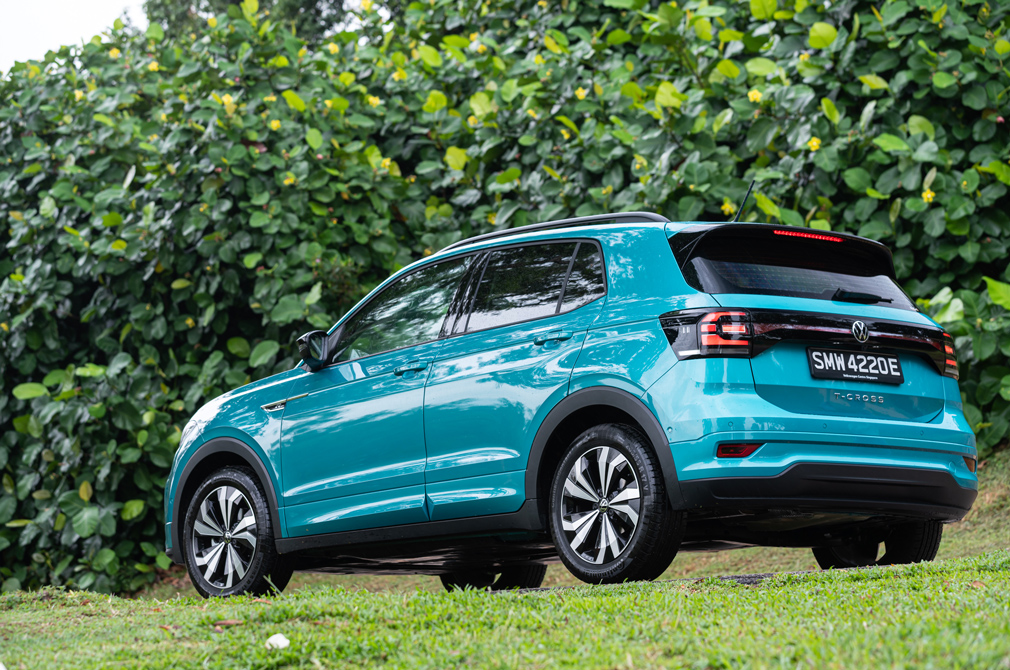 Find out more about the Volkswagen T-Cross here
Or read our VW CrossPolo review
Read our review of the Mazda CX-30
Want something larger? We review the Volkswagen Tiguan here
Need an even bigger SUV? Here’s our VW Touareg review