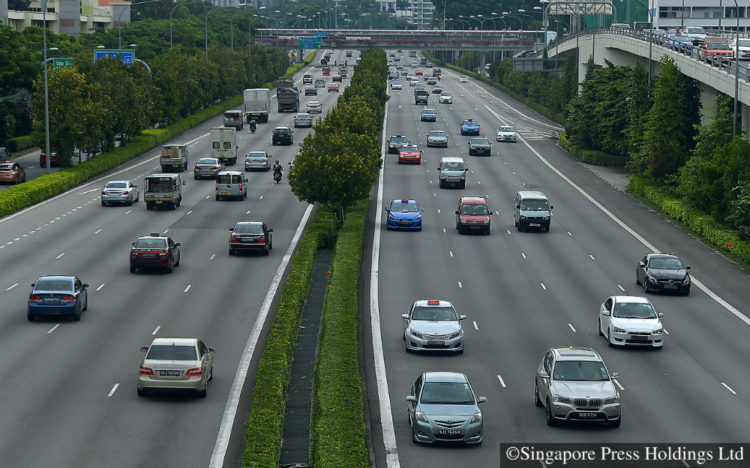 Certificate of entitlement (COE) prices ended sharply higher across the board at the latest tender yesterday on panic buying triggered by the Government’s announcement last month to freeze Singapore’s vehicle population.

The premium for open COEs, which can be used for any vehicle type except motorcycles but ends up mostly for bigger cars, rose by 9.6 percent to close at $57,000 – also a 15-month high.

The commercial vehicle COE price shot up by 11.8 percent to end at $58,036 – yesterday’s highest premium, and the highest for the category since April 2015. The motorcycle premium raced to a three-month high of $5502, an increase of 12.2 percent from three weeks ago.

Motor traders point to fears of higher premiums from next year, when the COE supply is likely to be even smaller on account of the Land Transport Authority’s (LTA) decision to institute zero growth to Singapore’s already shrinking vehicle population.

The car population, according to LTA statistics, had contracted by 10.4 percent to a nine-year low of 543,991 as at September.

Mr Nicholas Wong, general manager of Honda agent Kah Motor, said there were several factors contributing to yesterday’s premium spike, but zero growth stood out because it had a “psychological effect” on consumers.

Mr Wong said a three-week gap from the last tender – instead of the usual two – had contributed to a larger order book too, as did Singapore Press Holdings’ Cars @ Expo sales bazaar two weekends ago.

He added that dealers rushing to register cars before January contributed to the spike as well. By 1 Jan 2018, a new vehicle emissions scheme will go into effect. Many existing car models will no longer qualify for tax breaks, while others will face tax surcharges with the new scheme.

On top of that, “the Government chose to announce the zero growth now… This created panic”, Mr Wong noted.

He said premiums would have been stable if not for these factors, as the November-January car COE quota is just 2 percent smaller than the previous three-month supply.

The Government cited land constraints as the reason for crimping the vehicle population. But it is of the view that prices would not be adversely affected.

On Monday, Senior Minister of State for Transport Lam Pin Min told Parliament that the plan to cut the growth rate from 0.25 percent today to zero from next February is not expected to have a significant impact on COE prices.