2013 Nissan Note is a spacious hatchback with a gentle soul | Torque
Loading posts...
0 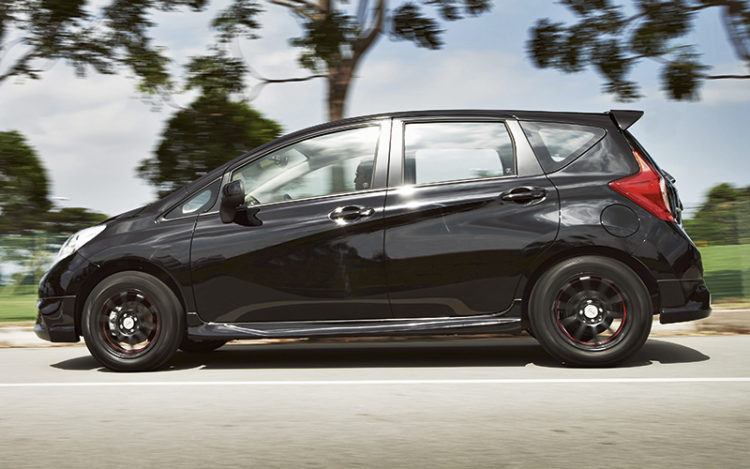 Given the current climate of high COE premiums, it’s no surprise that the previously active supermini segment has become dormant. That fact, however, hasn’t stopped Tan Chong Motor from introducing the Note, Nissan’s new contender in the supermini field.

Within the local model lineup, the Note is positioned between the Almera and the Sylphy, Nissan’s compact and mid-size saloons respectively. The Note’s intended target is none other than the Honda Jazz, a rival with a shape and design – especially when viewed from the side – that it bears a striking resemblance to. 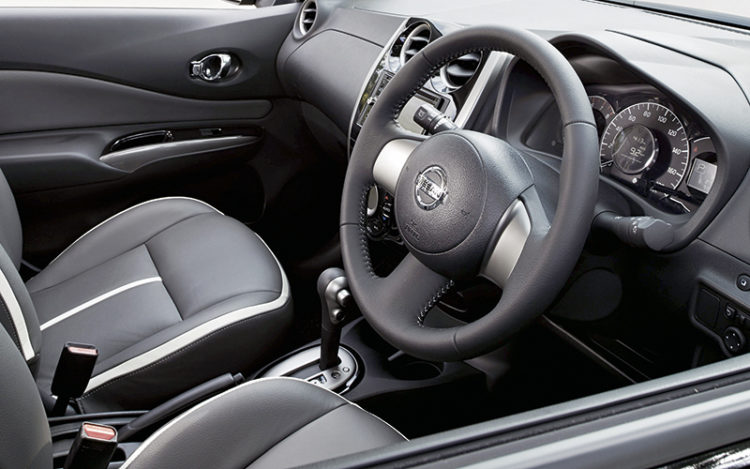 It might be difficult to believe, but this Japanese supermini actually shares a common trait with old-school supercars: The driver must give this car his utmost concentration in order to coax the best performance out of it.

While this statement is true with regard to driving per se, what most people don’t realise is that modern cars are, generally speaking, quite forgiving. Many of today’s automobiles easily tolerate sudden bursts of acceleration, abrupt braking and rough steering inputs with nary a complaint. Attempt to do the same in a supercar with a highly strung chassis and hair-trigger power delivery, and the response could be downright fatal. 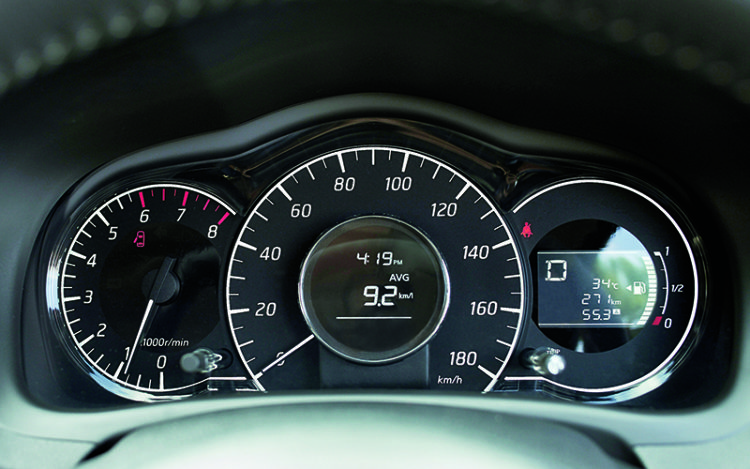 Fortunately, lethal reactions aren’t part of the Note’s talents. Touted as the brand’s most fuel-efficient vehicle to date (with a claimed consumption figure of 19.6km per litre), the Note we tested has a supercharged 1.2-litre 3-cylinder engine that churns out 98bhp and 142Nm (a cheaper, naturally aspirated model with 79bhp and 106Nm is also available). Notably, the Note is only the second supercharged Japanese car to hit the streets of Singapore since the Subaru Vivio RX-R of yore.

Eco mode further enhances efficiency, albeit at the expense of performance.

Tearing up asphalt is the last thing you’ll be able to do in the Note, however, because going fast isn’t its forte. Mash the accelerator, and the response leaves you cold – there’s a lengthy pause before the revs reluctantly begin to climb. And your temper begins to rise, because the harder you push, the more this vehicle stubbornly resists your efforts. 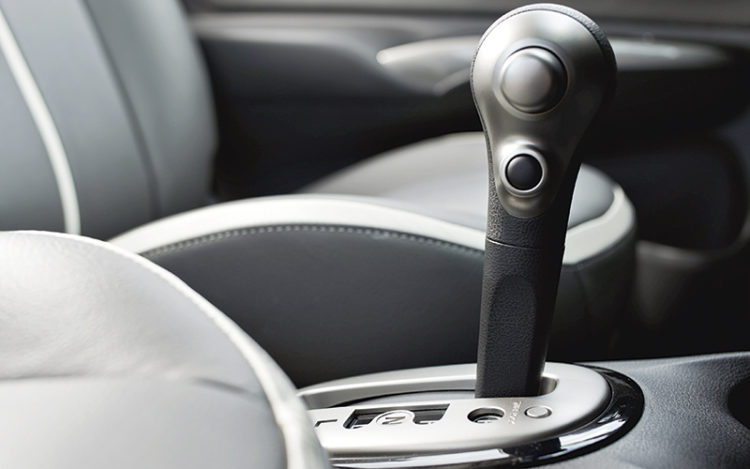 The unmarked button here actually puts the powertrain in Sport mode and heightens its response.

Adopt the opposite approach, however, and its behaviour changes. Like a supercar that’s only happy with a particular driving style, the Note merely wants to be driven in the mildest of manners. Give it gradual throttle inputs (while you bear with being overtaken by quicker traffic), and you’ll find that you elicit an equally progressive throttle response. 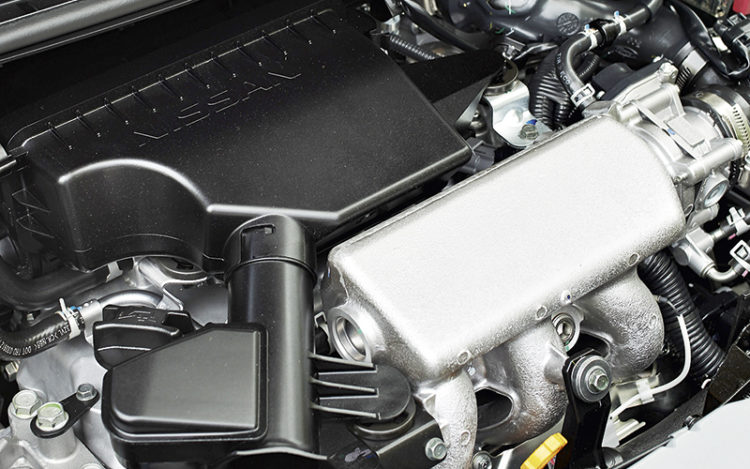 Supercharged 1.2-litre delivers no fireworks and has a workmanlike soundtrack.

Helping the driver get as close as possible to the manufacturer’s 19.6km/L figure are the Eco Indicator and Eco Pedal Guide functions. The former tells you how efficiently you’re driving via the use of a blue light, with illumination that grows the more economically one drives. Meanwhile, the latter informs you how much pressure to put on the accelerator to maintain optimum efficiency. 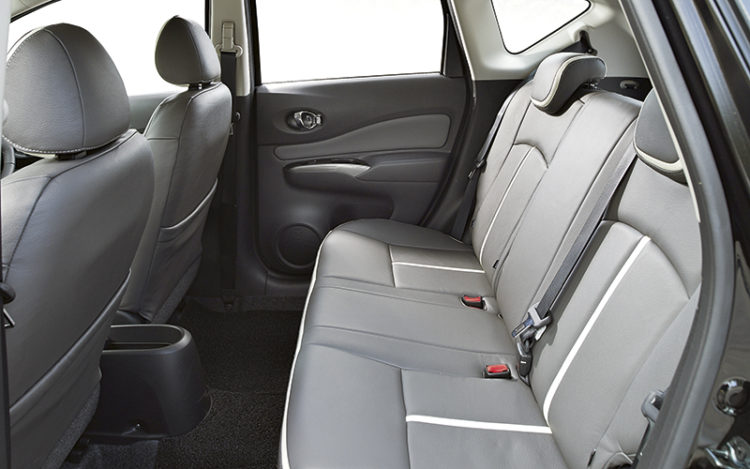 The rear doors can be swung open by up to 90 degrees for easier entry and exit.

Also impressive is the car’s Idling Stop System (stop/start function), which is largely unobtrusive. What does make itself felt, however, is the steering wheel, which wobbles when the (test) car is driven at 90km/h. If Nissan intended this to be some sort of a speed-limiting device, it’s frighteningly effective.

On a positive note, manoeuvring the Note is a pleasant endeavour. The hatchback’s carpark-friendly dimensions and generous steering assistance make city driving a real breeze. Don’t be fooled by its external proportions, though – this supermini is roomier than it looks from the outside, especially for rear seat passengers. 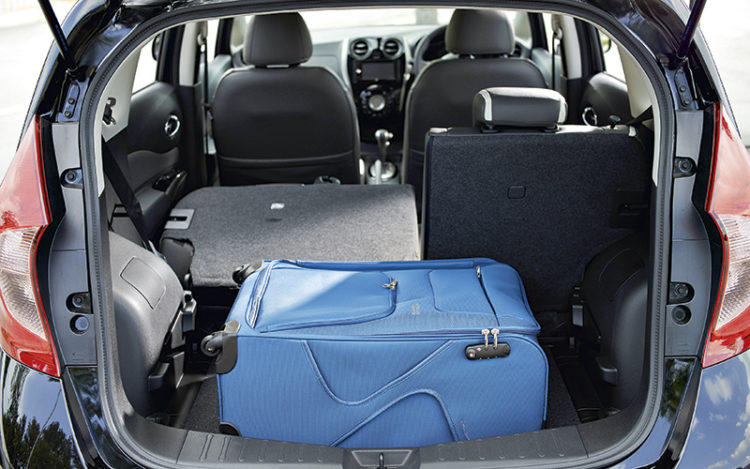 Fold-flat seats would have helped this hatchback reach its load-hauling potential.

Indeed, even when compared to the segment-leading Honda Jazz, the Note comes out ahead in terms of occupant space. There’s so much legroom that 1.8-metre tall passengers can be accommodated with ease, and ferrying three adults in the rear is no trouble either.

There is one drawback to the interior’s expansiveness, however. Because the rear bench has been pushed back to create more legroom, there is considerably less boot space with the rear seats up. You can increase luggage capacity by folding the bench, but since the seat-backs can’t be flattened, the space is less useful than what the Jazz can offer. 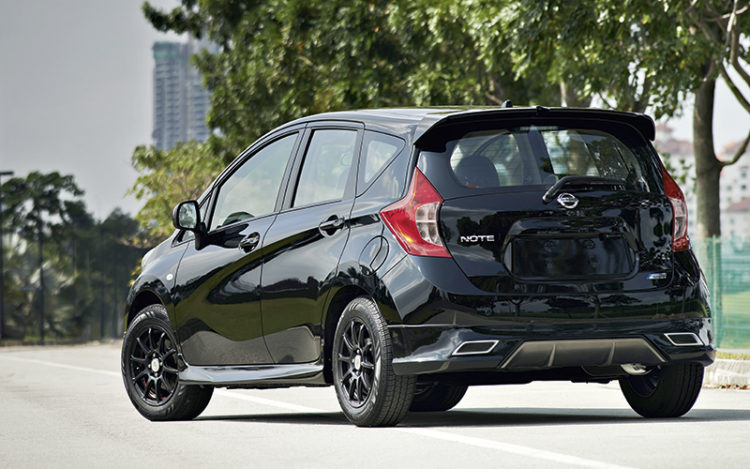 Notwithstanding its shortcomings, the Note remains a decent supermini. Spacious, frugal and easy to drive, the car’s only real drawback is its price tag which, despite undercutting the Honda Jazz 1.3 by $10k (at press time), might still be too steep for most people to accept.