The Audi A8 with its boosted 3-litre V6 delivers supercharged value
Loading posts...
0 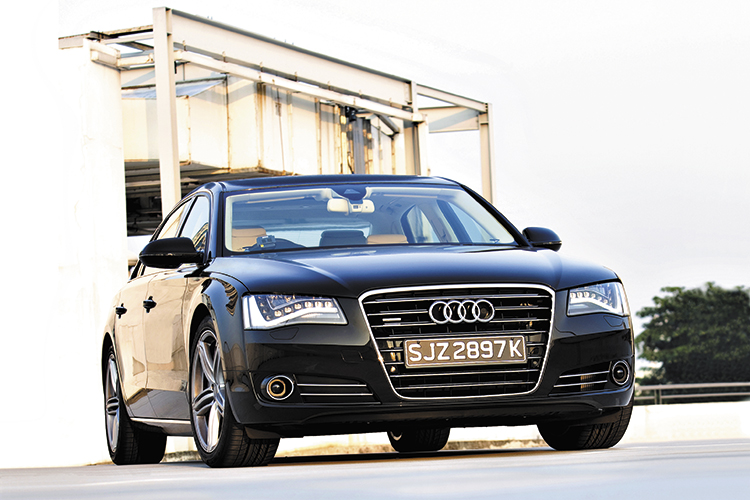 You’d never know just by looking at it, but the sober-suited new Audi A8 is brimming with technology and innovation. More obvious, in the case of the Audi A8 3-litre V6 version here, is its value for money vis-a-vis the Audi A8 powered by a 4.2-litre V8, which costs over $50,000 more.

That restrained exterior gives no hint of the car’s all-aluminium construction, which makes the mega-sized A8 barely heavier than an equivalent-engined car one class down. For instance, the long-wheelbase A8 3.0 tested weighs in at 1880kg – not light by any means, but still a hundred or so kilos less than its immediate rivals, such as the BMW 740Li and the Mercedes S300L.

In this “base” model A8, that big body is ably powered by the same 290bhp 3-litre supercharged V6 which does great service in the A6. While that car hits 100km/h in a stirring 5.9 seconds, the A8 isn’t far behind, at a still impressive 6.2 seconds. 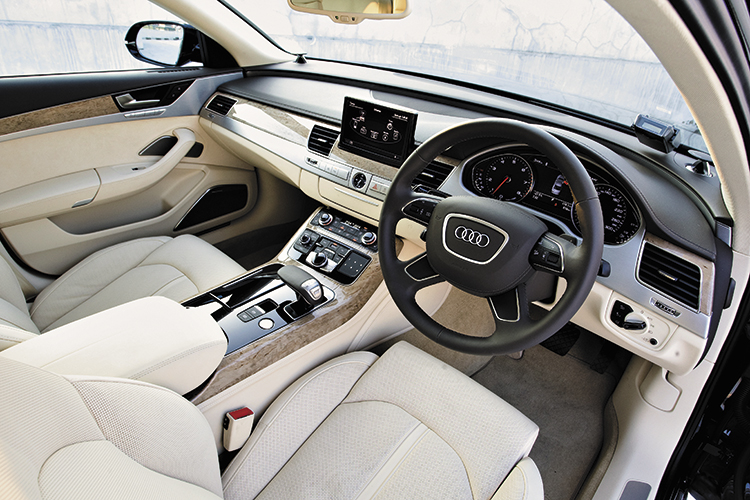 The manner in which the engine delivers its repertoire is a joy, too. There’s instantly available torque at any revs, and it’s a real peach to rev, with linear power delivery and a voice that turns deliciously more strident as you home in on the redline. It’s aided by a slick-shifting new 8-speed automatic transmission, which always seems to deliver the right gear while avoiding the tendency to hunt – a common pitfall among other similarly ratios-endowed gearboxes.

The A8’s relatively lithe construction makes it more nimble than its heavier competitors from BMW and Mercedes-Benz. Its steering is sharper and there’s a keenness in its responses that allows it to be hustled down twisty tarmac if you’re in the mood. Attacking minor roads in a major saloon is not the point, of course. Like other limos, what the A8 does best is wafting and cruising. It’s utterly hushed, its ride is firmly cosseting, and its cabin is a paragon of subdued good taste and top-quality materials. 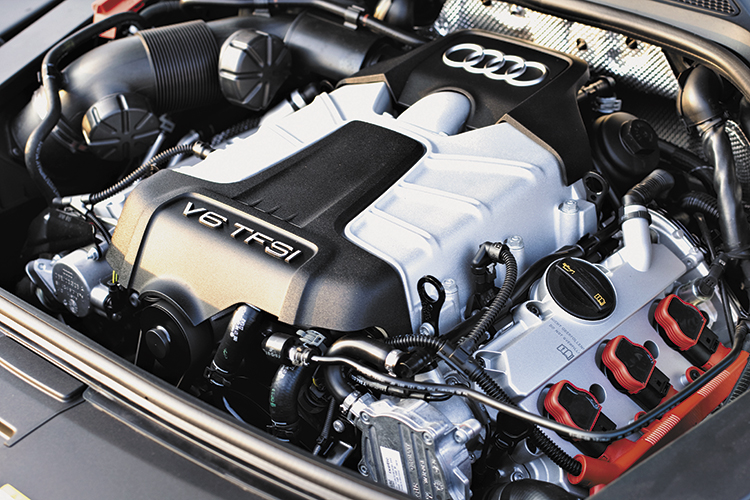 Given the car’s physical size, rear legroom in the standard-length A8 isn’t overly generous, but in the long-wheelbase version it is predictably palatial. Equipment levels are sky-high, with electrics powering everything from rear seats to sunblinds to the closing of doors. There are sunroofs front and rear, a Bose surround sound system and a new MMI interface with touchpad (so you can scrawl your commands with your finger instead of keying them in).

If only Audi hadn’t felt the need to hide the A8’s bushel under a light. 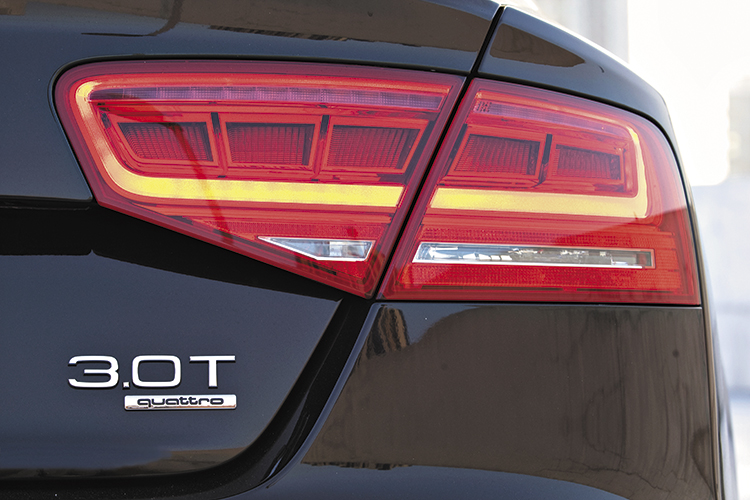 Check out the latest Audi A8 here

B&O 3D audio entertainment in the new Audi A8