That’s hard to believe when they can slingshot you from rest to over 100km/h in mere seconds, and whip you around corners so hard and so quickly that you momentarily forget to breathe.

But their true purpose, if you think about it, is to connect a driver with his or her feelings.

After all, buying a sports car isn’t a logical decision. It’s an emotional one that’s determined by how it makes the driver feel.

A sports car could be a dream come true – a culmination of one’s hard work. It could be a link between the past and the future. Or a portal to a fantasy world. 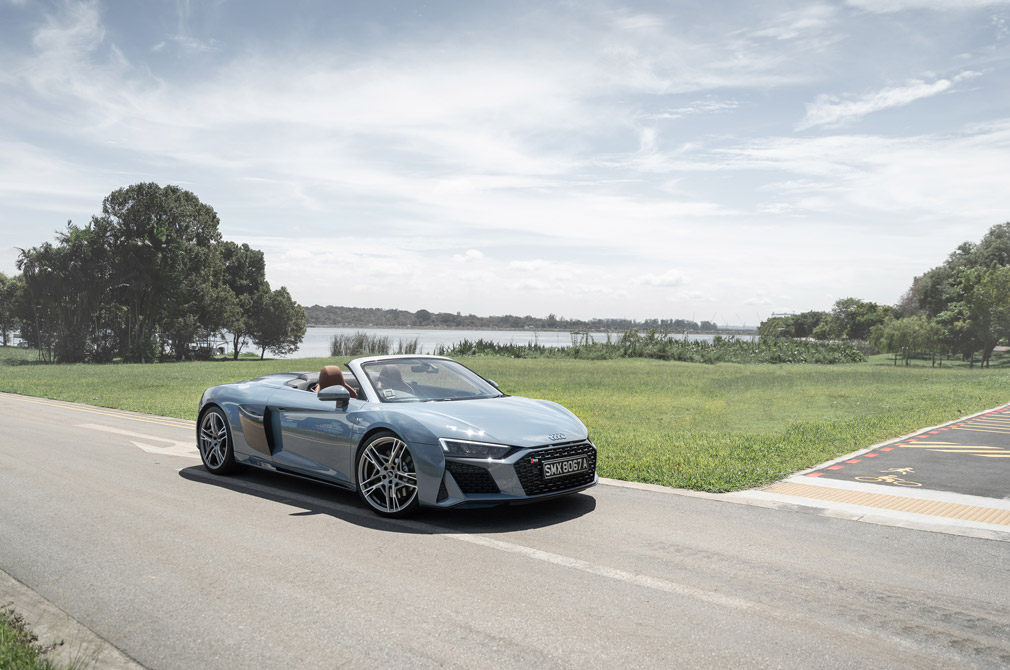 Audi’s updated R8 V10 Spyder is a purist’s machine. It has a naturally aspirated large displacement engine. There is no mild hybrid system or any type of “electrification”. And it is rear-wheel-drive.

Enthusiast’s checklist complete, we move onto the other point about it being a portal.

Should the R8 make me feel like Iron Man? It could. But imagining myself as a selfless superhero and genius inventor doesn’t work, because the difference between that fantasy and my reality is too stark.

But can the R8 Spyder make you feel like a billionaire businessman with certain (hidden) proclivities? Sounds dodgy. But I find this grey idea more to my liking. 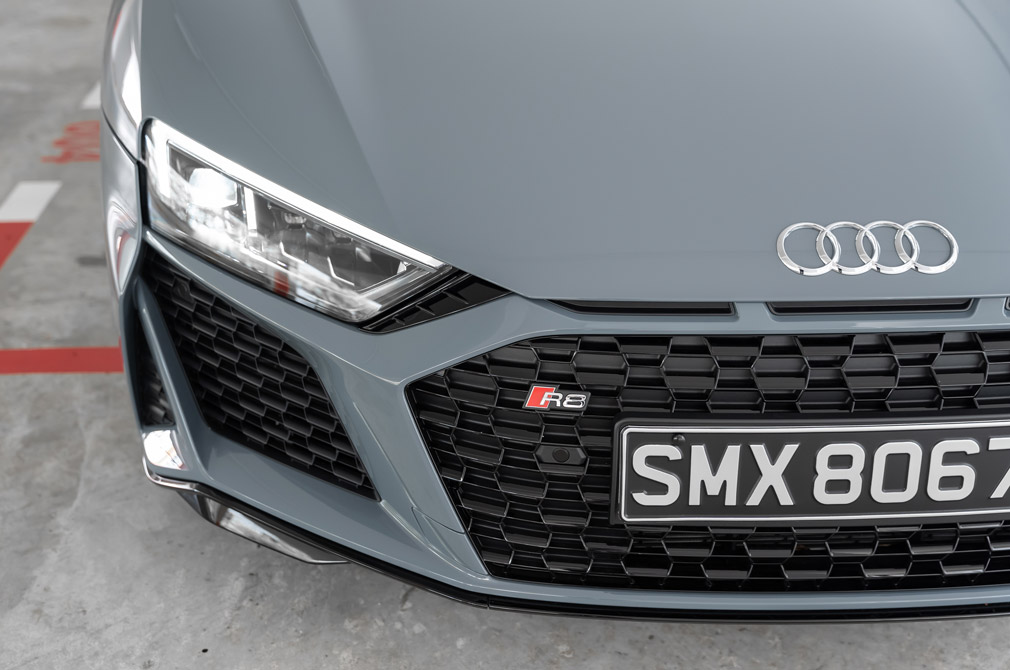 Speaking of grey hues, the Kemora Gray shade on the R8 V10 Spyder adds to its ominous presence.

Everything about this roadster’s exterior screams performance. Compared to the pre-facelift model, it has a wider grille and broader air intakes. There’s more of that honeycomb mesh at the rear than before. The tailpipes, now oval instead of rectangular, look larger, too.

The R8’s looks may have changed over time, but its beating heart has not. Nestled behind the cockpit is that 5.2-litre V10 – still naturally aspirated and still delivering 540PS (533hp). 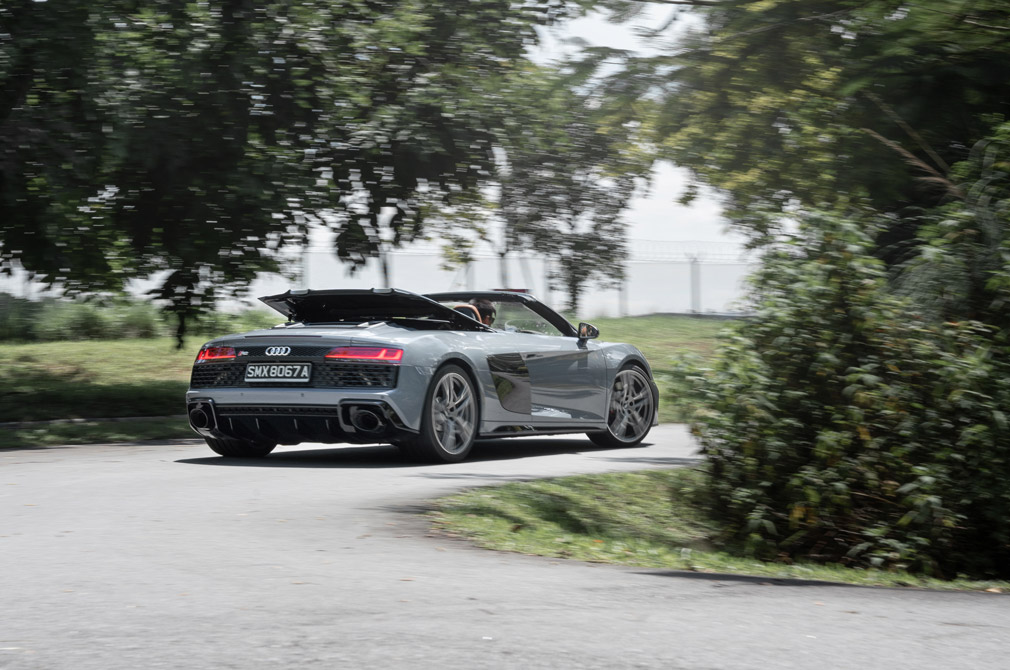 Audi’s quattro system can give a driver more control because it makes the car more surefooted, especially in slippery conditions.

However, in a way, quattro can also restrict the driver by keeping things on an even keel.

So, if you like exercising control, the R8 V10 RWD will play to this desire. The car feels lighter and more eager to turn, with the rear end constantly (and cheekily) suggesting that you allow it to step out by unleashing more of the engine’s power.

Obviously, the whole point is to make controlled drifts possible. Of course, you shouldn’t do this on public roads. If you wish to flog the car and punish the tyres until they’re raw, a racetrack would be the ideal venue. 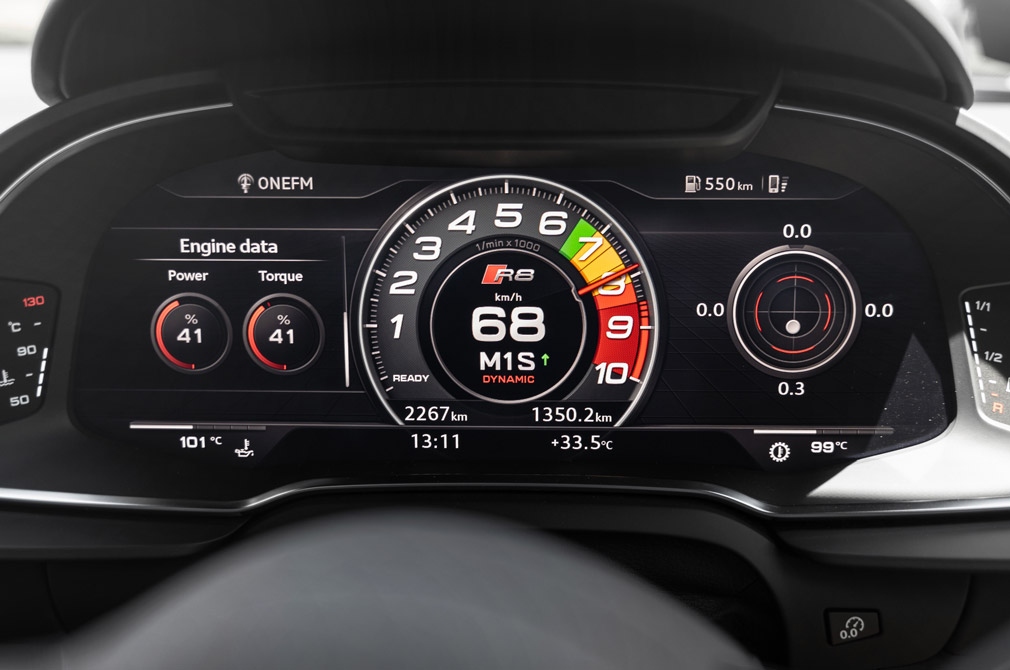 Of course, the R8 V10 Spyder can be focussed when you want it to be. Driven properly, it will refuse to relinquish its hold on the tarmac. This roadster conquers distance, time and corners with ease.

But it’s even more fun to indulge in some naughtiness, for without quattro, the car feels more unrestrained.

And it is this lack of restraint that goes so well with the thunderous V10, which sounds like a heavy metal concert for petrolheads.

Firing up the engine – especially in an enclosed carpark – is obnoxious yet fun. The booming and roaring that follows the thumbing of the “Start” button is an aural delight.

Every prod, nudge and stab of the accelerator pedal results in causes a variety of wonderful noises to emanate from the rear. If you like the orchestra, the R8 Spyder will make you feel like a conductor. 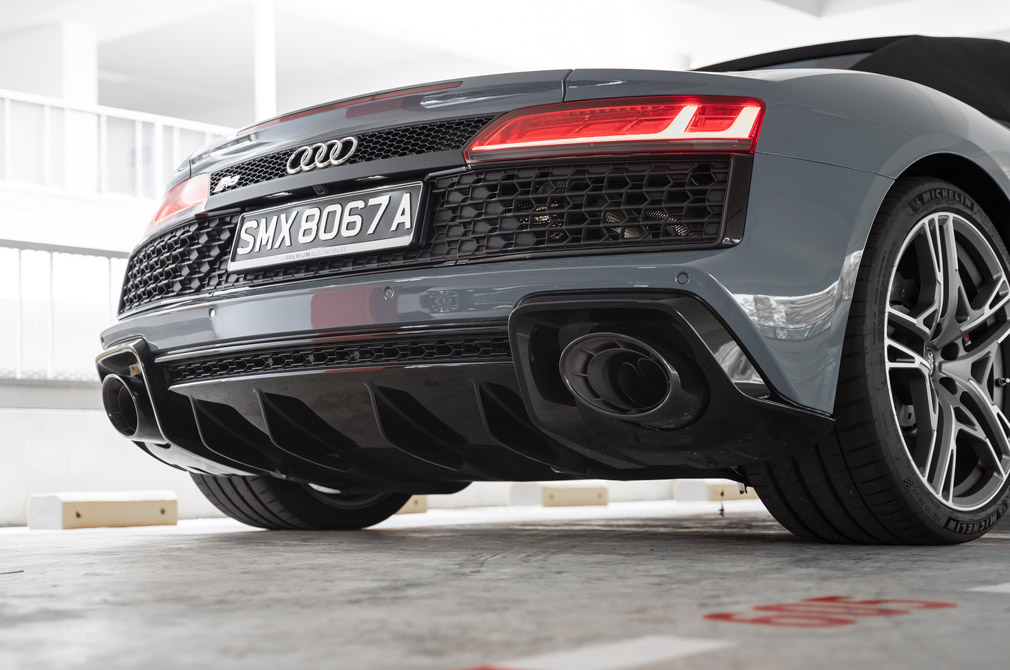 A STATE OF MIND

It is amazing how sports cars and exotic machines can allow a one to escape reality – even if it is just for the duration of a drive.

That is what makes them worth it to their owners. You can close your eyes and daydream all you like, but it won’t be anywhere close to driving something that makes your fantasy seem real.

An orchestra conductor, however, is not what I imagine myself to be while driving an R8 Spyder. In my mind, I’m a captain of industry who works in a swanky office with a view. The R8 is just one of many cars in my secure, sheltered garage.

But I am no genius inventor or selfless superhero. I am a billionaire businessman with a proclivity for exercising control in public and meting out punishment in private. 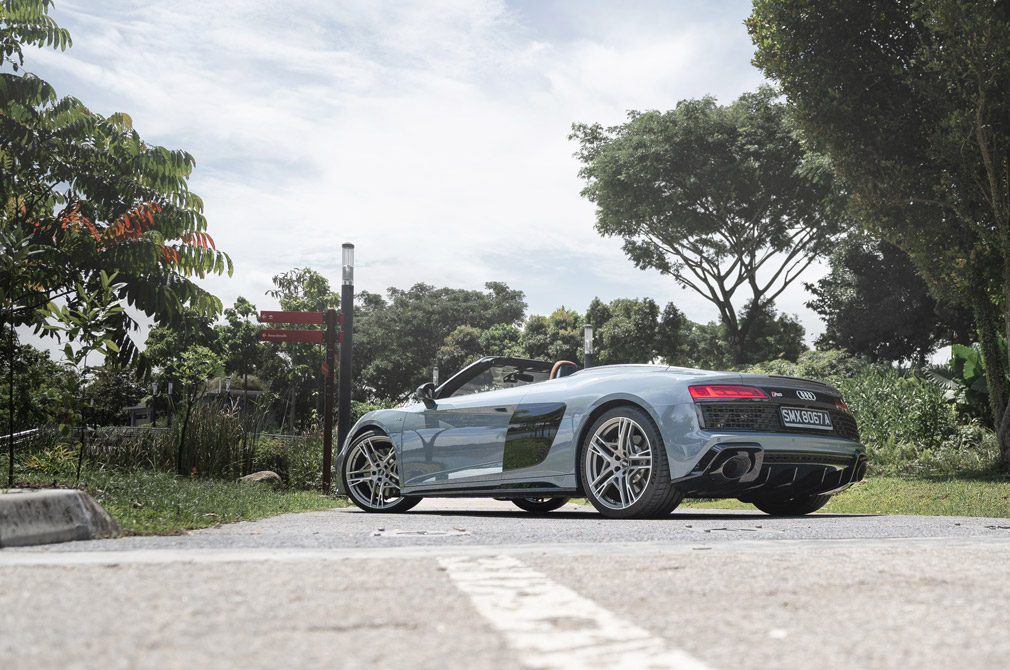