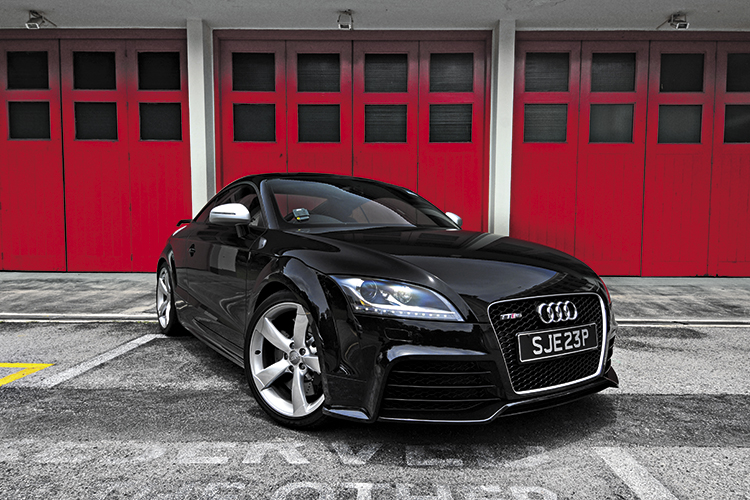 In a way, the most hardcore model in Audi’s 2010 line-up was the Audi TT RS. Because, unlike the RS5 and R8 models, this car came strictly with a 6-speed manual gearbox.

If the enthusiast is unwilling to operate the three pedals, it means two things: He is not that enthusiastic about driving, and he should look at the Audi TTS instead.

Now, Audi has slotted its 7-speed S tronic into the TT RS, creating a coupe that is even quicker than the V8 R8 from standstill to 100km/h – 4.3 seconds versus 4.6 seconds.

The latter figure is also how long the manual TT RS takes for the same sprint, but you need deft footwork to achieve the quoted acceleration time. It is much easier in the automatic version to fly up the road like a German bat out of hell.

The launch control sequence is child’s play (hopefully tempered with the responsibility of an adult). Disable ESP, put the gear lever into S, step on the brake pedal and simultaneously squeeze the throttle completely. 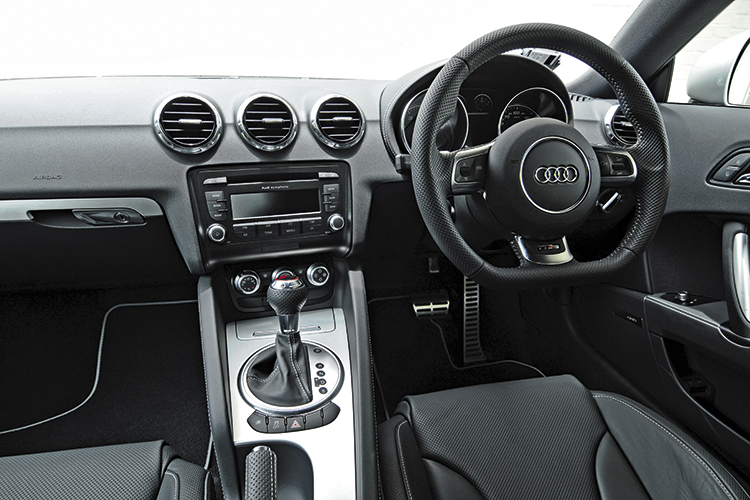 The Audi TT RS will hold the engine revs steady at 3200rpm, then you release the brakes and the car rushes towards the horizon. There is a whiff of wheelspin before the quattro all-wheel drive plants all the power down onto the tarmac. It is dramatic, and it is damn quick.

The Audi TT RS sounds great, too, as it rushes from point to point on 340bhp and 450Nm. That force-fed, custom-tuned 5-cylinder produces an unusual and hugely enjoyable note that makes the 4-cylinder Audi TTS sound like an expensive vacuum cleaner (probably a Miele).

Press the Sport button on the transmission console and the engine responds more aggressively to throttle input, while the exhaust system roars even more loudly.

The suspension is also stiffened in Sport mode, making the ride rock-hard rather than just hard. It is quite uncomfortable, especially on the optional upsized 255/35 R19 tyres of the test car. 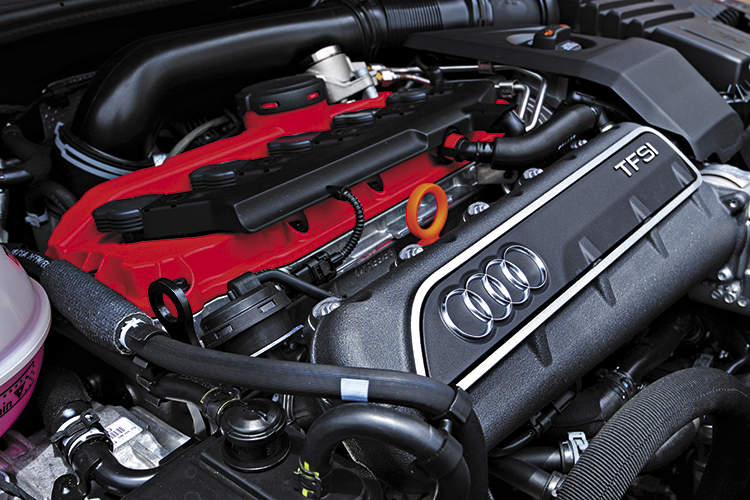 The payoff is even tighter handling, but with the default damping already so effective regardless of corner or camber, this extreme chassis mode is not really necessary. The steering, by the way, is a little light considering the car’s high performance and low-profile rubber.

Thanks to S tronic, doing serious speed in the Audi TT RS is now straightforward. It even has cruise control. The only problem is, a mere $14k separates this stonking coupe from the PDK-equipped Porsche Cayman S. 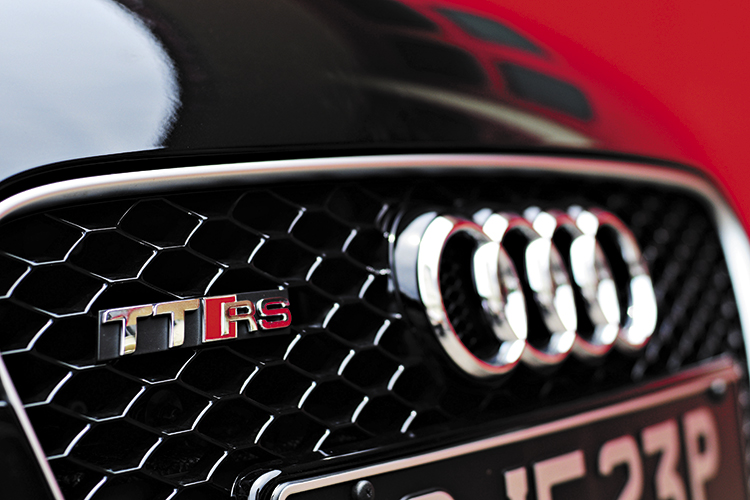 Whether the Audi TT RS is too costly or the Porsche is too cheap, it’s too small a price gap to ignore. A twin test (in the works) should sort this out.

Check out the latest Audi TT