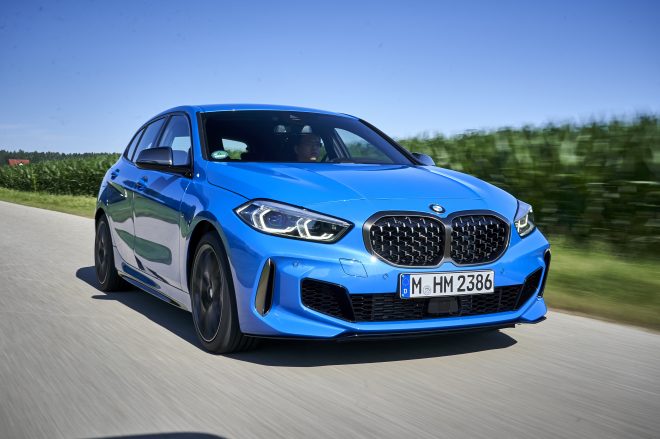 The BMW M135i xDrive is touching 200km/h on the autobahn, but with minimal wind noise and a rock-steady body, it feels like it is cruising at half the speed.

That is testament to the work BMW has done for the third-generation front-wheel-drive 1-series.

The switch from rear-wheel-drive allows the engine to be mounted sideways, freeing up interior space in the compact.

In the rear, there is now 33mm more knee room and 13mm more elbow room than before, making the backseat a much more comfortable place to be in. My 1.78m frame was able to fit comfortably either in front or at the back, with room to spare. 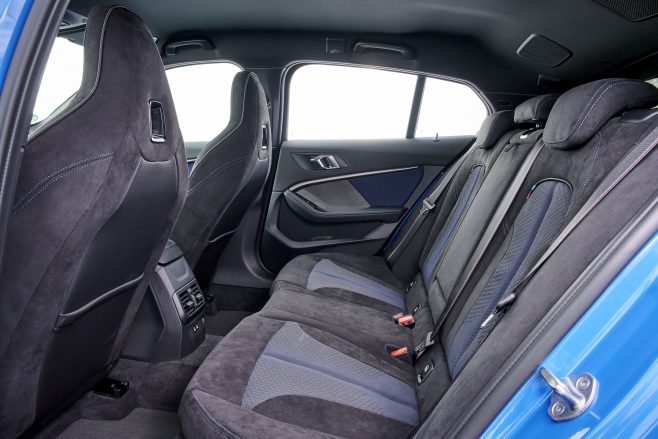 The boot has also grown by 20 litres to 380 litres, putting it on a par with the current Volkswagen Golf Mk 7.

Styling-wise, the front now sports a pronounced shark nose. The kidney grille is larger and merged in the middle. The headlights are slimmer and drawn back, emphasising athleticism. One of the most striking elements is the rising beltline that ends in an integrated Hofmeister kink, similar to the current 3-series sedan.

It is a far more desirable look than the “bread van” looks of yesteryear, putting the car in better stead next to rivals such as the Golf and Mercedes-Benz A-class. 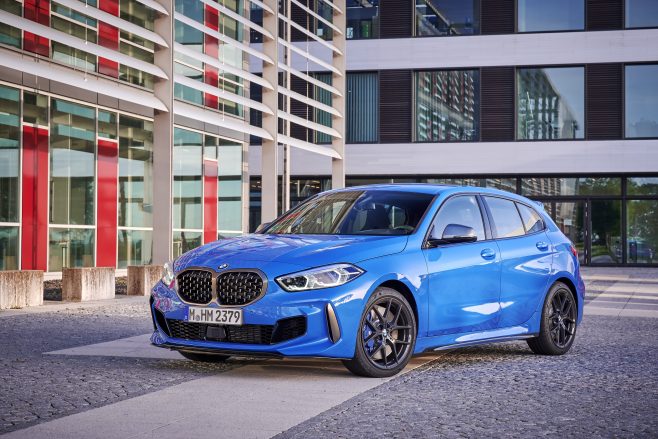 The front of the new 1 Series gets a more pronounced shark nose and deeper vents.

The interior also bears the fruit of more coherent design thinking, with a dashboard which is more driver-oriented. Singapore models will get BMW’s Live Cockpit Professional, consisting of a 10.25-inch digital instrument cluster and a similarly-sized central touch display. 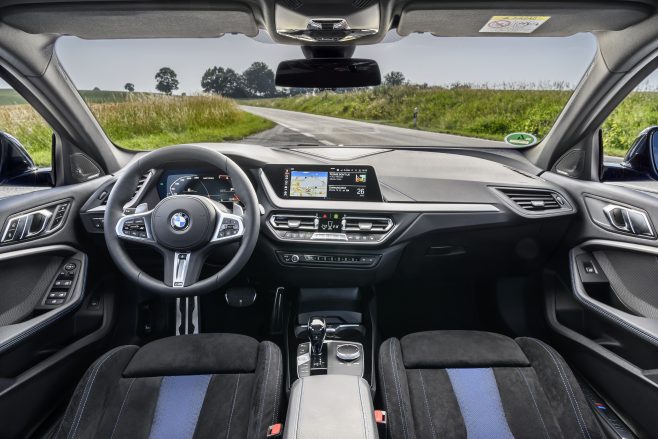 The interior of the new BMW 1 Series is clean and ultra-modern.

The rortier M135i xDrive packs BMW’s most powerful four-cylinder unit: a turbocharged 2-litre with 306hp and 450Nm. Paired with an eight-speed torque converter transmission, it launches the car to 100kmh in 4.8 seconds. 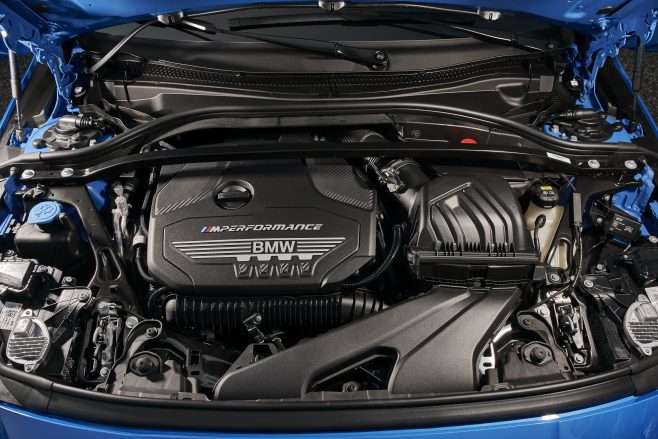 The engine under the BMW M135i xDrive’s bonnet.

I had a brief drive in the M135i xDrive on the autobahn and some country roads around Munich. In M Sport suspension set-up (with adaptive dampers), body control, as mentioned earlier, is excellent and the steering gives plenty of feedback.

There is minimal roll through sweeping corners. On windier stretches, the M135i is unfazed by camber changes.

A mechanical Torsen limited-slip differential between the front wheels and a quick M Sport steering rack combine to make the car feel more agile in the turns. 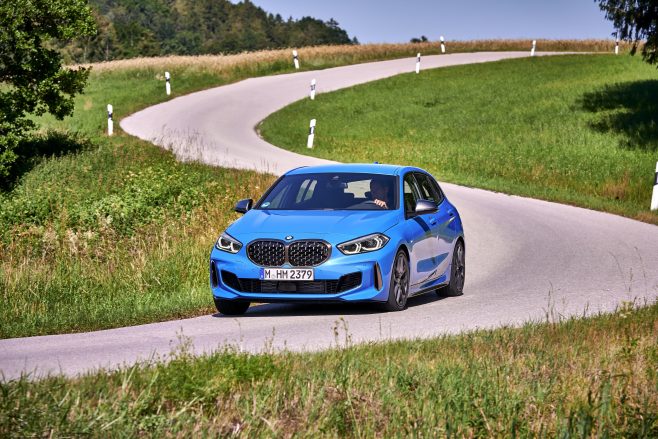 In the bends, the BMW M135i holds up well – but we’ll see how it fares against the likes of the new generation of hot hatchbacks.

It is hard to discern any understeer in the M135i – an inherent trait of front-wheel-drive cars – unless you push harder in corners and load up the front wheels.

From a handling point of view, purists should not worry about the switch to front-wheel-drive, unless they drive constantly at the limit.

In fact, going front-wheel has improved the car’s everyday usability, with more interior and storage space.

Coupled with lots of tech and a fresh design, the car is sure to win more fans this time round.