Chevrolet Cruze sedan is the kind of car that GM should be making
Loading posts... 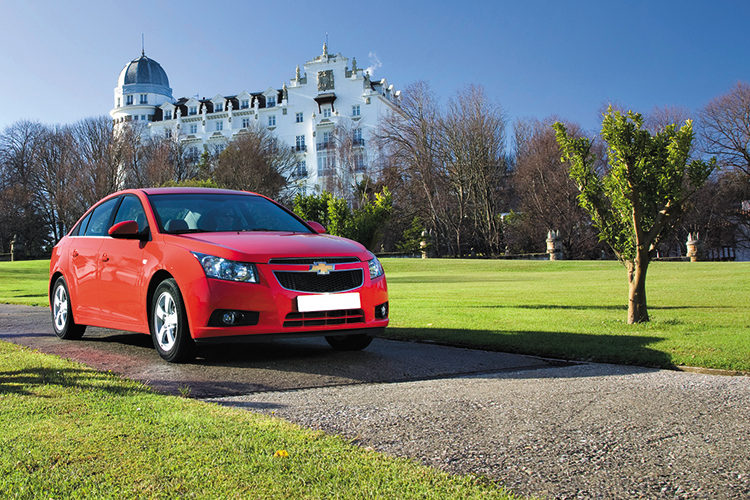 This Optra replacement is all-new, but its name is not.

Chevrolet once employed the “Cruze” moniker for a Japan-only model based on the now defunct Suzuki Ignis.

That first Cruze was built and sold by Suzuki, which used to be partially owned by General Motors, until the cash-strapped American automaker divested its 20 percent shareholding in 2006.

Today, GM is more cash-strapped than ever and facing bankruptcy.

But the new Cruze shows that GM still knows how to make good cars that offer great value for money.

Forget Saab, Pontiac and Hummer. Forget the Corvette and Camaro, too. 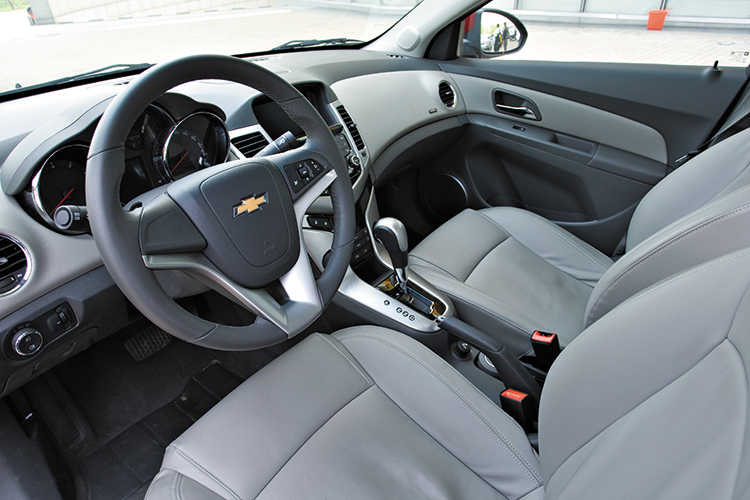 Well-designed and mostly well-made Cruze cockpit is one of the best in the budget segment.

GM should go back to basics, and honest-to-goodness cars like the Cruze are exactly what the automotive giant needs to get up to speed again.

Underneath the Magnum facelift of the current Optra lies a Daewoo of yore, namely the 2003 Nubira, which is anything but nubile.

When the competition these days is in the fine form of the Kia Cerato Forte and Hyundai Avante, the Optra Magnum looks pretty mediocre.

The Cruze, in contrast, looks quite spectacular.

Styled in South Korea by a multi-national team of designers, it is said to debut Chevrolet’s new global design language. 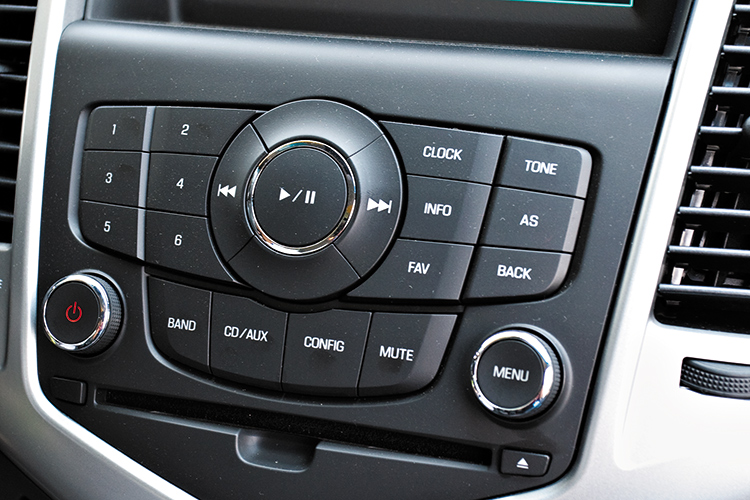 An integrated infotainment system dominates the centre console, together with a neat digital display.

Central to this is that handsome nose, which sports a double-decker honeycomb grille “dissected” by a body-coloured crossbar that carries Chevrolet’s gold bowtie emblem.

Chevys before this already have a colour-coded crossbar “cutting” the grille, but the Cruze’s front end is more assertive and, ultimately, more attractive.

The rest of the Cruze’s exterior flows smoothly from bumper to bumper and arches stylishly from pillar to pillar, with a planted stance to boot.

There’s attention to detail, too, with the fuel filler flap, for example, specially shaped to follow the sculpted bodyside contours. 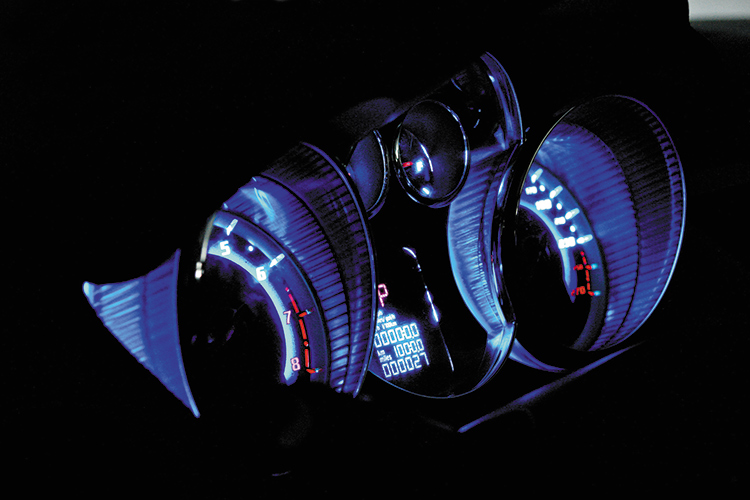 The hooded instruments are bathed in soothing blue LED light.

The good news continues inside the cabin. Generous dimensions, particularly the lengthy 2685mm wheelbase, coupled with efficient packaging that belies the curvy body, are translated into loads of interior space that make the Optra feel positively cramped.

There is seemingly as much rear legroom as in the larger Epica, while headroom is surprisingly “high” considering the sharply sloped roofline.

Shoulder space is excellent for two occupants and decent for three.

Their feet also enjoy plenty of “parking” space beneath the front seats.

The best deal on board, however, is reserved for the driver and co-driver. 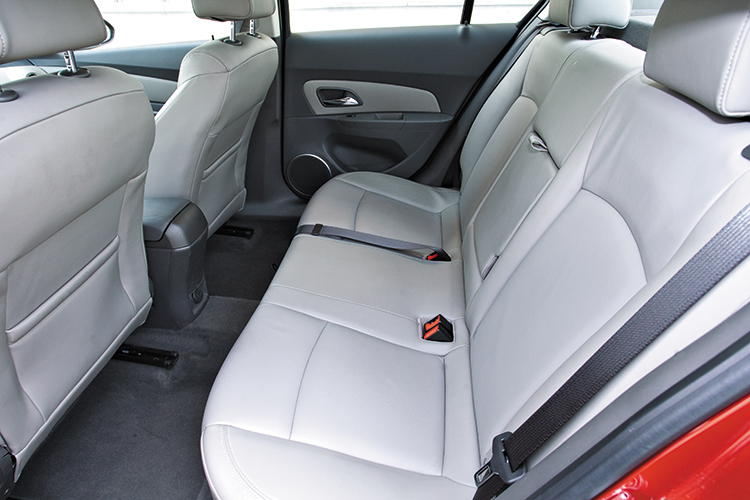 There is plenty of space here, especially for legs and feet, but the leather feels economical.

Optra owners will be shocked at how the cockpit has been transformed from ordinary to extraordinary.

It wouldn’t look out of place in a fancy concept car circa 2002.

The steering wheel, for example, is almost avant-garde in its design, while the instrument cluster nestled behind and backlit in cool blue is as contemporary as they come.

Very modern, too, is the centre console, whose infotainment and air-con array is both elegant and ergonomic.

A terrific touch is the swathe of fabric across the dash panel, with matching inserts for the doors and seats. 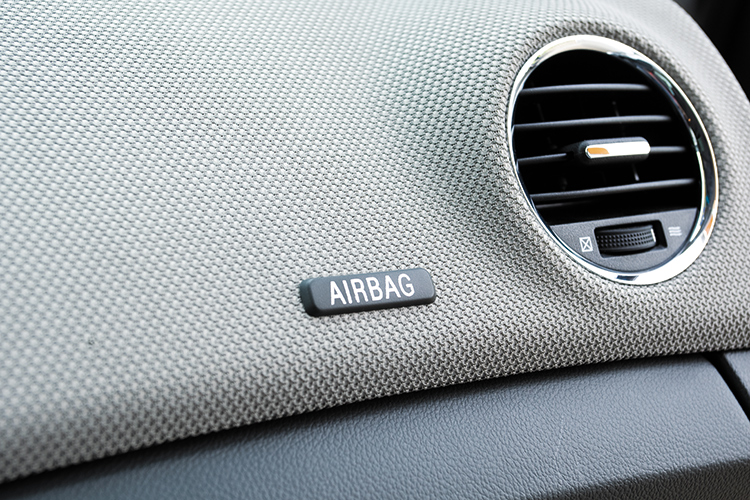 Leather is available, but its vinyl-like texture, at least in the Cruze test cars we tried, makes cloth our preferred upholstery.

The woven textile of the cabin headlining, by the way, is unusually classy.

The Chevy isn’t perfect, of course. Some plastic parts feel tacky and the handbrake is a little flimsy.

But the interior as a whole is hugely impressive by budget saloon standards.

It’s a practical place, too, thanks to numerous storage points. 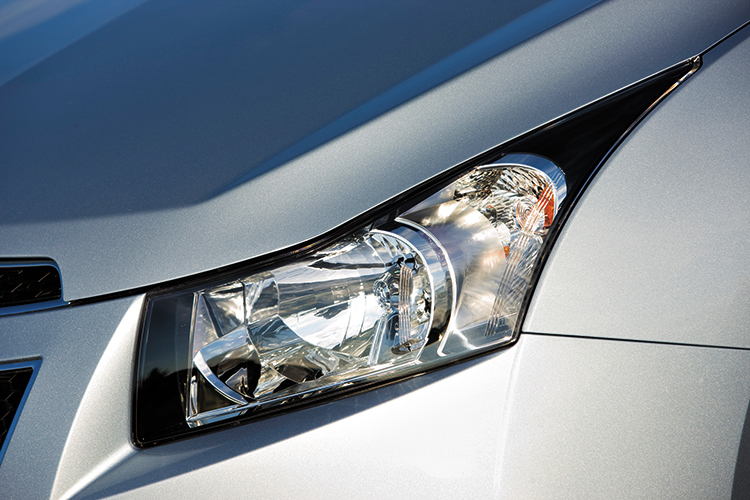 The trunk (this is an “American” car after all) is 10 percent bigger than before, with a capacity of 450 litres.

At the other end of the Cruze, under the bonnet, is the latest 4-cylinder, Euro 5 motor from GM.

Put together by Opel engineers, who will also use it in the upcoming Astra replacement, the DOHC powerplant is available as a 1.6 or 1.8.

Its technical features include variable valve timing on both the intake and exhaust phases, an electronic throttle and improved cooling performance. 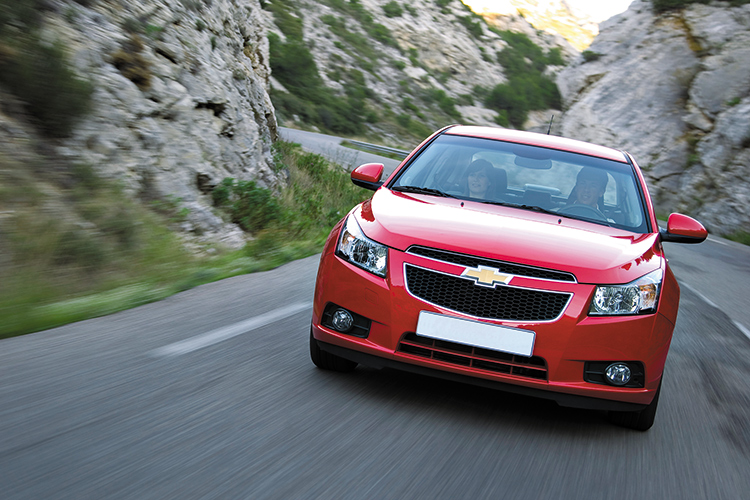 Either a light-shifting 5-speed manual or a slick 6-speed automatic – the latter likely to be a strong selling point for the Cruze in Singapore – handles transmission duties.

We tried the 1.6 manual and the 1.8 auto. The driving position is natural and affords a clear view outwards, making it even easier to work the gearbox and control the car.

Both engines are quite peaky and need at least 4000rpm on the clock before they get into their stride, but the bigger-capacity unit clearly has a stronger spread of torque across the entire rev range.

It’s a good thing, too, that you don’t have to stretch the 1.8 as much as the 1.6 to get a move on, because it sounds rough near the redline. 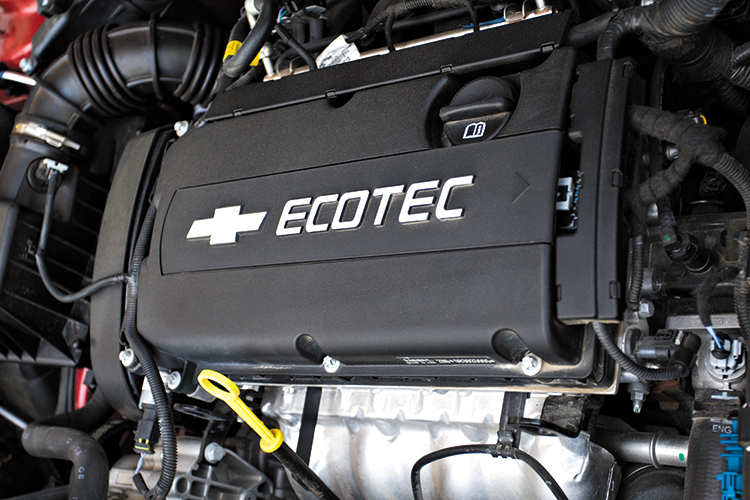 GM’s German engineers were responsible for the engines, which include a 1.4-litre 141bhp turbo unit for the US market.

The 1.6-litre is always a sweeter worker, whether just “cruzing” along or rushing.

The ride quality is just right.

It’s pliant enough to absorb most tarmac imperfections, yet firm enough to feel “connected” to the road, especially over undulations.

But steering feedback is absent and it all feels functional rather than fun. 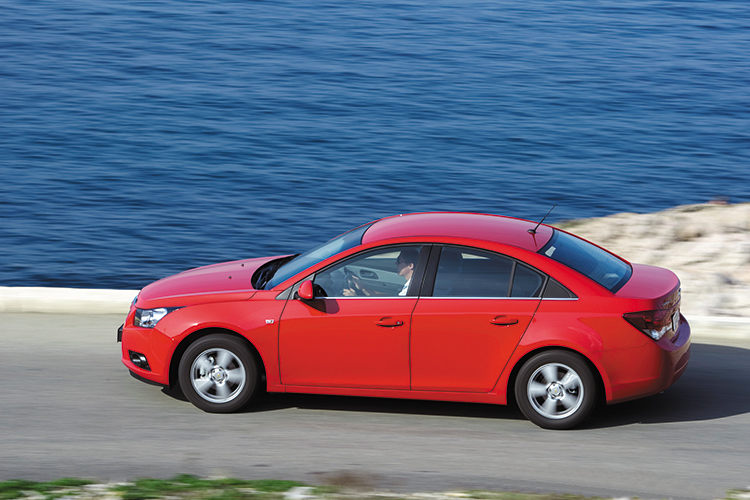 Compared to the Optra, the Cruze is a lot quieter and much tighter on the go.

Significant structural improvements, like a 140 percent increase in torsional rigidity, the use of 50 percent more high-strength steels and 30 per cent more spot welding, contribute greatly to this.

On the safety front, the Cruze is covered by no less than six airbags as standard, a full set of five pre-tensioned 3-point seat belts, collapsible pedals and a provisional 5-star Euro NCAP occupant protection rating.

Even pedestrians who are hit by the Cruze are protected by a bonnet design that mitigates such impacts. 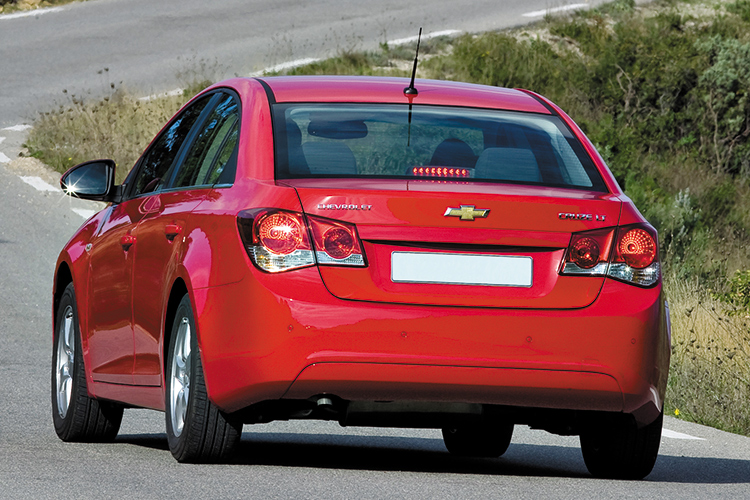 With the new Cruze coming soon, the old Optra Magnum is but a fast fading memory for cost-conscious motorists.

It won’t be totally forgotten, though, because Chevrolet intends to do a Lancer EX/GLX and continue selling the Thai-made Optra alongside its shiny successor shipped over from South Korea. 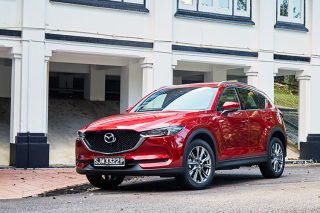