In this day and age, a sedan is a novelty.

And a budget-friendly family sedan which is not a yawn to look at nor to drive is an even bigger novelty.

Hyundai’s Avante is one such sedan.

Despite its age, it manages to stand out in a rising tide of sport utility vehicles (SUVs) and crossovers.

The car was previously known as the Elantra. The sixth-generation Elantra was launched here three years ago.

This latest Avante is a facelift of that car.

Mechanically, there is no material change in the Avante. Hyundai says the 1.6-litre inline-four engine and six-speed autobox are better paired to offer a smoother progress.

At the wheel, this is not apparent. But that is not an indictment. The original car was competent in this area and the facelifted version remains very much so.

While an output of 126bhp and 155Nm is relatively modest, the Hyundai is not averse to higher revs, which are often required for it to keep pace with faster traffic.

Even when nearing 5000rpm, the Avante remains unusually calm for a 1.6-litre mass-market model. 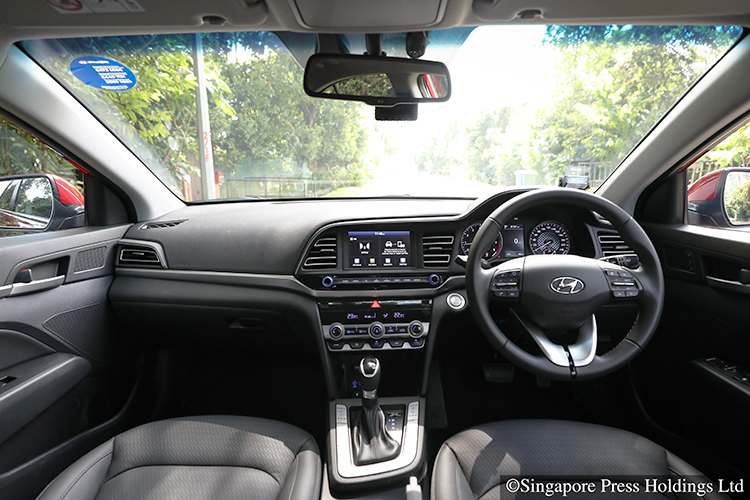 The inevitable rise in decibels aside, that is. Its only drawback is a higher-than-expected fuel consumption of close to 8.3km per litre – much higher than its stated 14.9km per litre.

Its chassis is still fairly impressive despite the passing of years.

It has a settled feel usually associated with Continental premium makes, but could do with slightly better body roll mitigation.

What is apparent, though, is how visually different the car is. Hyundai has made enough cosmetic changes to qualify the car as an all-new model.

The rear is tweaked too, with a jazzed-up tail-lamp design that completes the contemporary transformation.

The modifications have made the car slightly longer. At 4620mm, it is just 10mm shorter than the Honda Civic now.

Its wheelbase remains unchanged at 2700mm, but its rear legroom seems more modest than cars with a similar wheelbase.

The most significant changes pertain to the cockpit. The Avante’s infotainment touchscreen has Apple and Android interfaces, allowing you to pair your phone painlessly.

Your phone will never run out of juice either, with the car’s wireless charging pad.

Hyundai’s new i30 hatchback wants to beat the VW Golf

The Elite version gets ventilated front seats, which are much appreciated in Singapore.

The car even has a sensor system which delays door unlocking if it senses an oncoming vehicle.

These are small things which add up to help make the Avante a credible contender in the hotly contested family car segment.

Even if the segment is increasingly overrun by crossovers and SUVs.