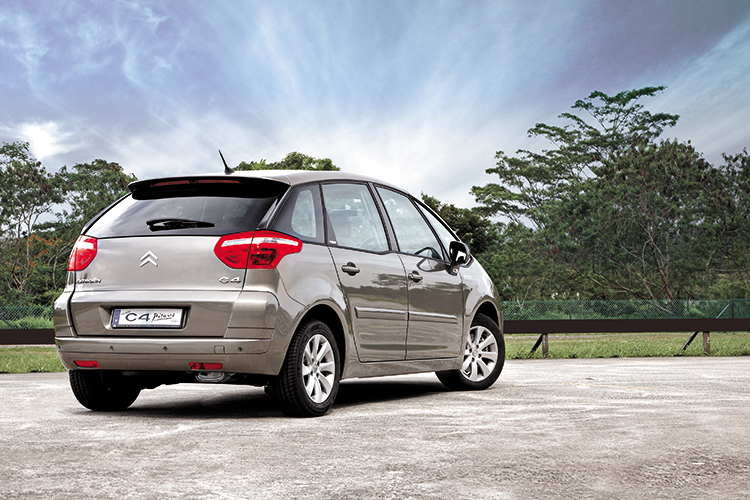 You would expect a few things from a multi-purpose vehicle called the Picasso.

It should be a master at leaving impressive tyre prints on a tarmac.

And as an added feature, there should be a couple of paint palettes in the back seat.

Available as a compact five-seater (as pictured) or in a slightly boxier seven-seater called the Grand C4 Picasso, there are small fold-down tables behind the front seats that are big enough for small sketch books but not for mixing water colours – unless you don’t mind sacrificing a cup holder.

And the massive windscreen, which stretches to the roof, gives the car a passing resemblance to the receding hairline of the great artist.

As MPVs go, the Picasso’s focus on families is obvious.

There are child-seat mounting points on every seat except the driver’s, and more than enough cubby holes to lose a pacifier or diaper in.

There’s even a chilled bin at the front to keep the chocolate bar cool.

The 7-seat version features an additional wide-angled mirror besides the conventional one for the driver to keep an eye on children at the back.

Atypical of the French car stereotype, the materials used are anything but crusty.

Far from it, the Picasso feels like a premium item, with everything from the dashboard to the handles looking like they will last till the next Renaissance.

Overall, the car seems to have little to do with its name. You may like to know that the car isn’t completely French.

The 1.6-litre turbocharged engine, which is built in France, has some German roots. 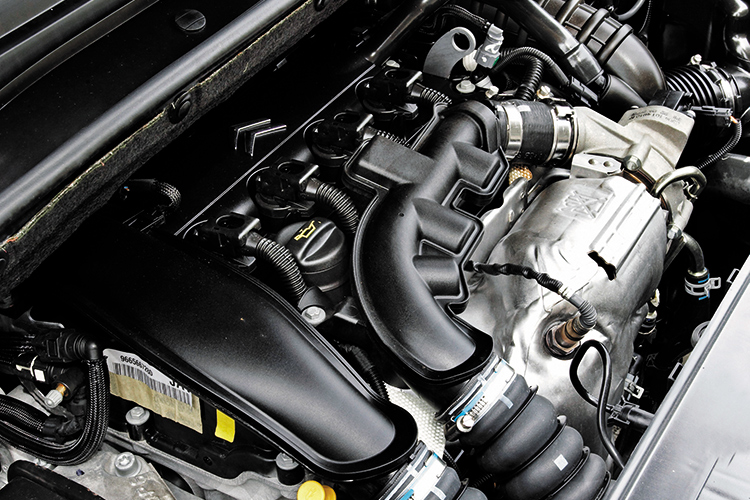 It’s the result of a joint development between Citroen’s parent, PSA Peugeot Citroen, and the BMW Group.

Tuned for a better spread of torque and drivability, the engine is similar to the one used in the Peugeot 308 but doesn’t boast as high numbers as the one in the Mini Cooper S.

While displacing less cubic centimetres than the 2-litre naturally aspirated engine it replaces, the 1.6 packs more grunt (an additional 7bhp and 40Nm more torque) and is 31 percent more frugal.

As with the Pug, Citroen pairs the engine with a conventional 4-speed automatic gearbox.

This programmes the car to adapt to different driving styles. It also downshifts during deceleration and holds gears during cornering to aid driver control.

But the Picasso does not have the quick responsiveness found in some of the latest Japanese and German offerings.

For those willing to try something different, there’s the automated manual transmission called the electronic gearbox system (EGS).

Basically, the EGS is like the Selespeed transmission offered by Alfa Romeo and Ferrari.

Despite carrying two more forward ratios, the EGS is lighter than the 4-speed automatic by 40kg.

It also has more direct transmission by design (no torque converter to sap power).

Instead of pitching the EGS-enhanced model as the premium variant, Citroen has priced it below the 4-speed automatic version.

Depending on body style and equipment level, the price savings can be as much as $5000. 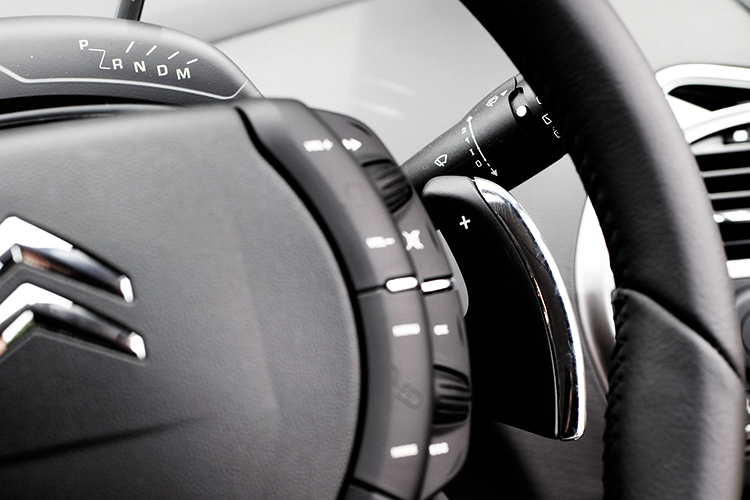 6-speed automated manual works best with a quick ease of the right foot before every gearchange.

Yes, there is a catch to this – but it may affect only those who are used to the traditional automatic.

The EGS doesn’t have “P” on its column-mounted shift lever. In “D”, the car doesn’t creep forward.

But the parking brake does come on automatically when the ignition is turned off (it disengages itself when moving off), and there is a hill-start feature to stop the car from rolling backwards when on an incline.

On the move, gear changes – especially from 1 to 3 – can feel sloppy, with a pronounced pause between the transitions.

If you wind down the windows and listen carefully, it’s possible to hear the box doing its “click-click, click-click” thing.

The way around it is to momentarily lift the throttle just a little at the point of the shift.

In other words, the recommended footwork is similar to that of a traditional manual car, except the left foot is left out of the equation.

Get used to this way of driving and your passengers will enjoy a really comfortable ride.

The 240Nm of torque is available from as low as 1400rpm, allowing the Picasso to surf along quite effortlessly.

With rarely a need to stretch the engine, the cabin is also generally serene, leaving the occupants inspired by the sights afforded by the incredible amount of glass.